There needs to be more clarity between Sea bass and Branzino. Both of them are fishes but why there is so much confusion between them? But do you know both names are used to call the same fish?

To put it in simple words, Branzino is the Italian name of the fish, while Sea Bass refers to the fish species. Let's deep dive to see the differences between them. 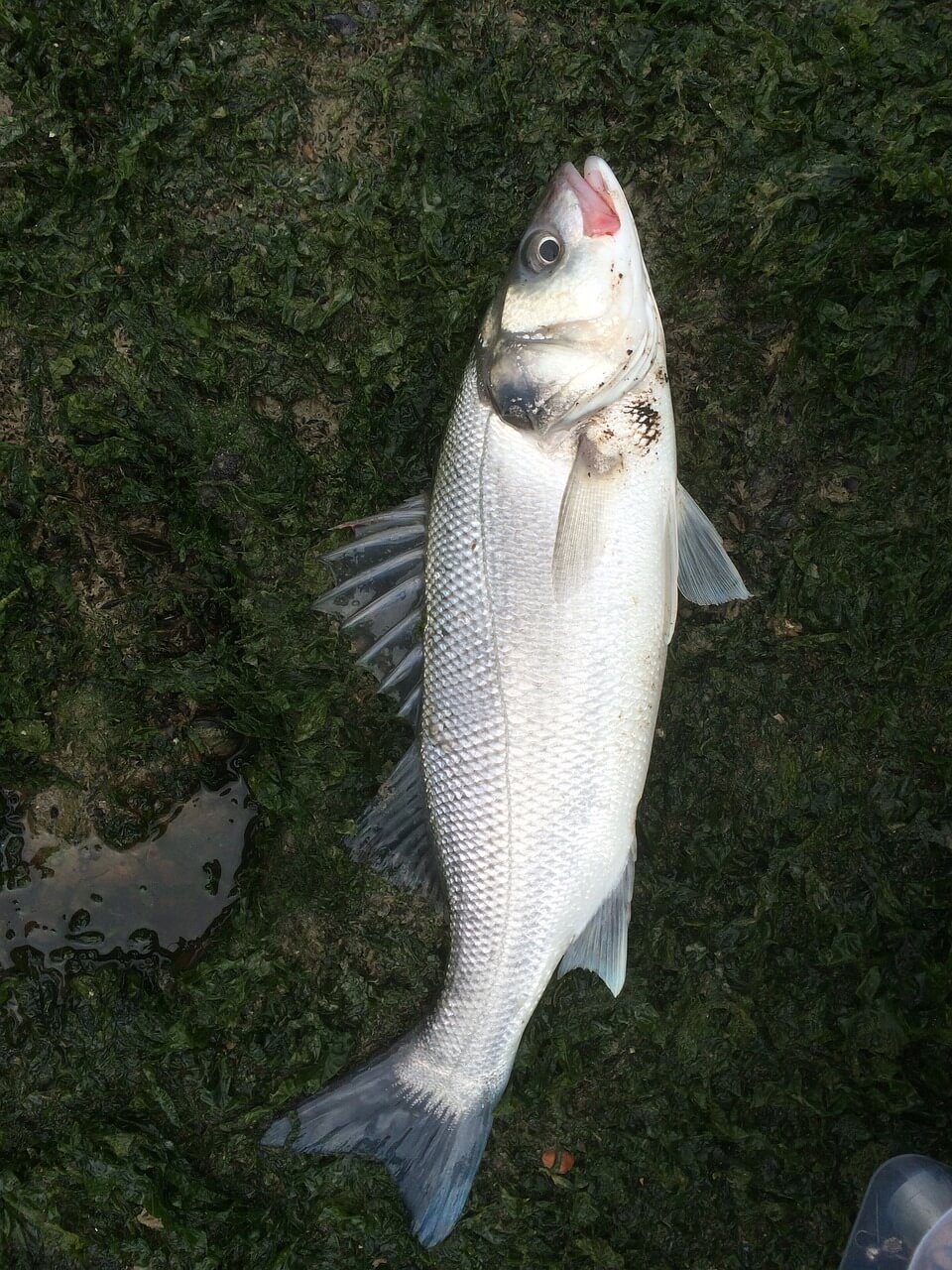 Branzino is a type of sea bass that is found in the Mediterranean Sea and some parts of the Black Sea. You will get a mild buttery taste from Branzino that makes it unique from other seafood. It is rich in protein and has low calories. You can easily add this fish to your diet plan to make a healthy meal.

Not to mention, Branzino is rich in omega-3 fatty acids, which help to lower cholesterol levels and reduce inflammation. It also aids in preventing heart attacks and stroke by lowering blood pressure and cholesterol levels.

Branzino is a favourite among seafood lovers for its mild buttery taste. It has white, flaky meat and is usually served with Greek lemon potatoes, Mediterranean chopped salad, and onion rings.

Cook branzino following this recipe and enjoy your meal.

Here, you can see how branzino is brought to market after catching them.

What Is Sea Bass? 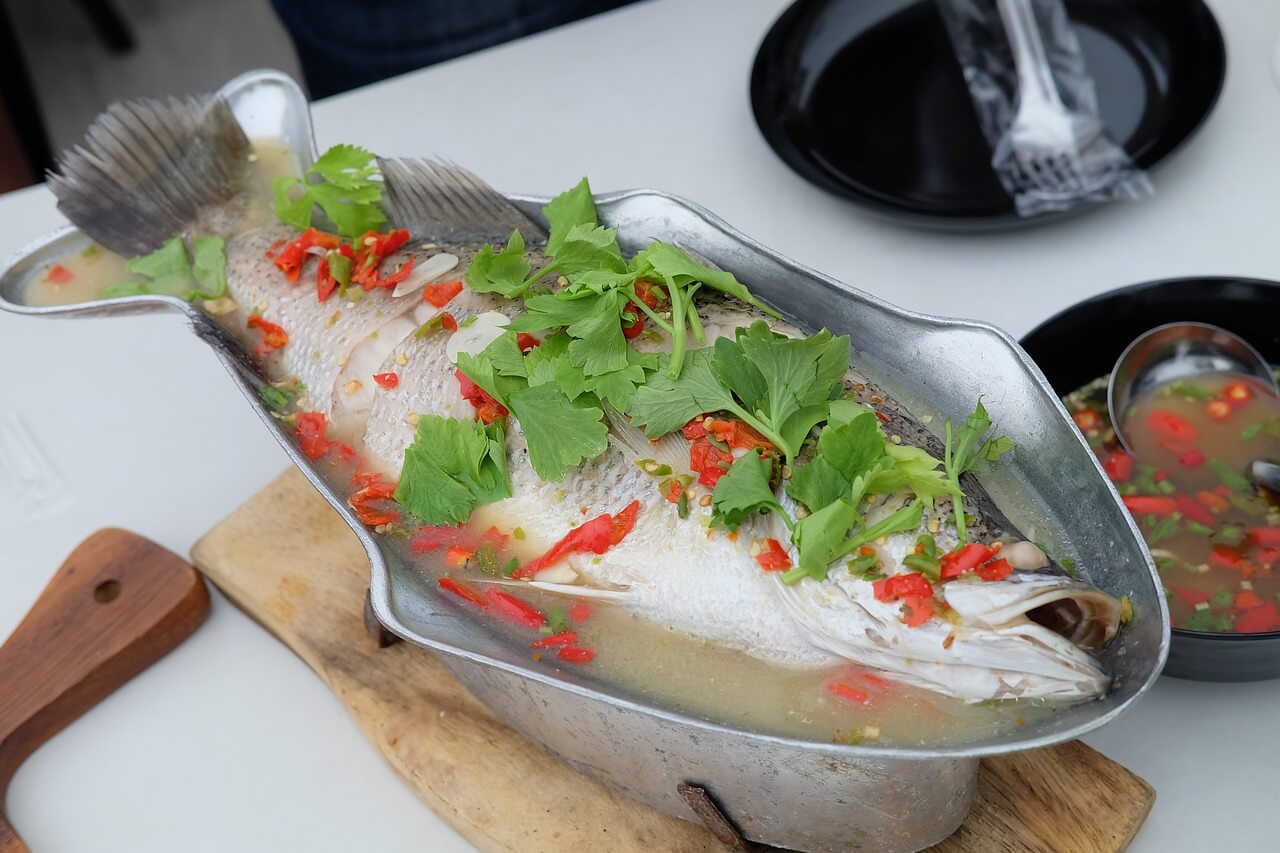 Sea bass is a nomenclature to which fishes of the same species belonging to it. The nomenclature belongs to fish from the family Serranidae. The fish has white meat and a mild flavour and gives a slightly sweet taste. Not to mention, the fish contains omega-3 fatty acids which are good for health. Also, the fish has a slightly oily texture.

Here is a recipe to help you cook delicious Sea Bass.

There are various types of sea bass  and we are going to introduce them in this article.

This is a silvery grey fish easily in the Mediterranean region. They live in the coastal regions of Europe and North Africa and are often farmed for their popularity. European Sea Bass is eaten in various places around the world but it tastes better as Italian cuisine. Branzino is the Italian name for European Sea Bass.

This type of sea bass is seen in Southeast Asia and Australia. They go by the name of Barramundi. This white meat fish has high oil content and mild flavour with a slightly sweet taste.

This fish is known as the Patagonian toothfish and is related to the Antarctic sea bass. The fish is very tasty to eat for its mild flavours and very rich in nutrition.

Found along the eastern shores of the USA and some other parts of North America, this fish has dark stripes running across its body.

This fish is a cross between white bass and striped bass as they have similar characteristics between them. These fish are mostly grown in farms of freshwater ponds and has a very low oil content.

Branzino VS Sea Bass - What Makes Them Different?

These fishes are popular among seafood lovers for their taste and texture.

The name, Branzino is commonly used in Europe whereas Sea bass is often used in North America. Both of the fishes are different names for the same fish belonging to the bass family.

The Italian name for sea bass is branzino. In Italy or a restaurant specializing in Italian food, Branzino is used to call the sea bass. Whereas sea bass is widely used throughout North America to the sea basses belonging to the bass family.

So, what’s the main difference between them? Branzino is simply the Italian name for sea bass. It is easy to find Sea bass in several water bodies around the world. However, one thing to keep in mind is that not all sea basses are branzino.