An essential ingredient in many Chinese, Thai, Cambodian and Vietnamese dishes, oyster sauce pairs well with many meat and vegetable combinations such as chicken, fish, broccoli, bok choy in stir fries, spicy noodles, soups and more. Oyster sauce also doubles as a finishing or dipping sauce for vegetables and adds flavor to foods such as tofu which would otherwise be bland. 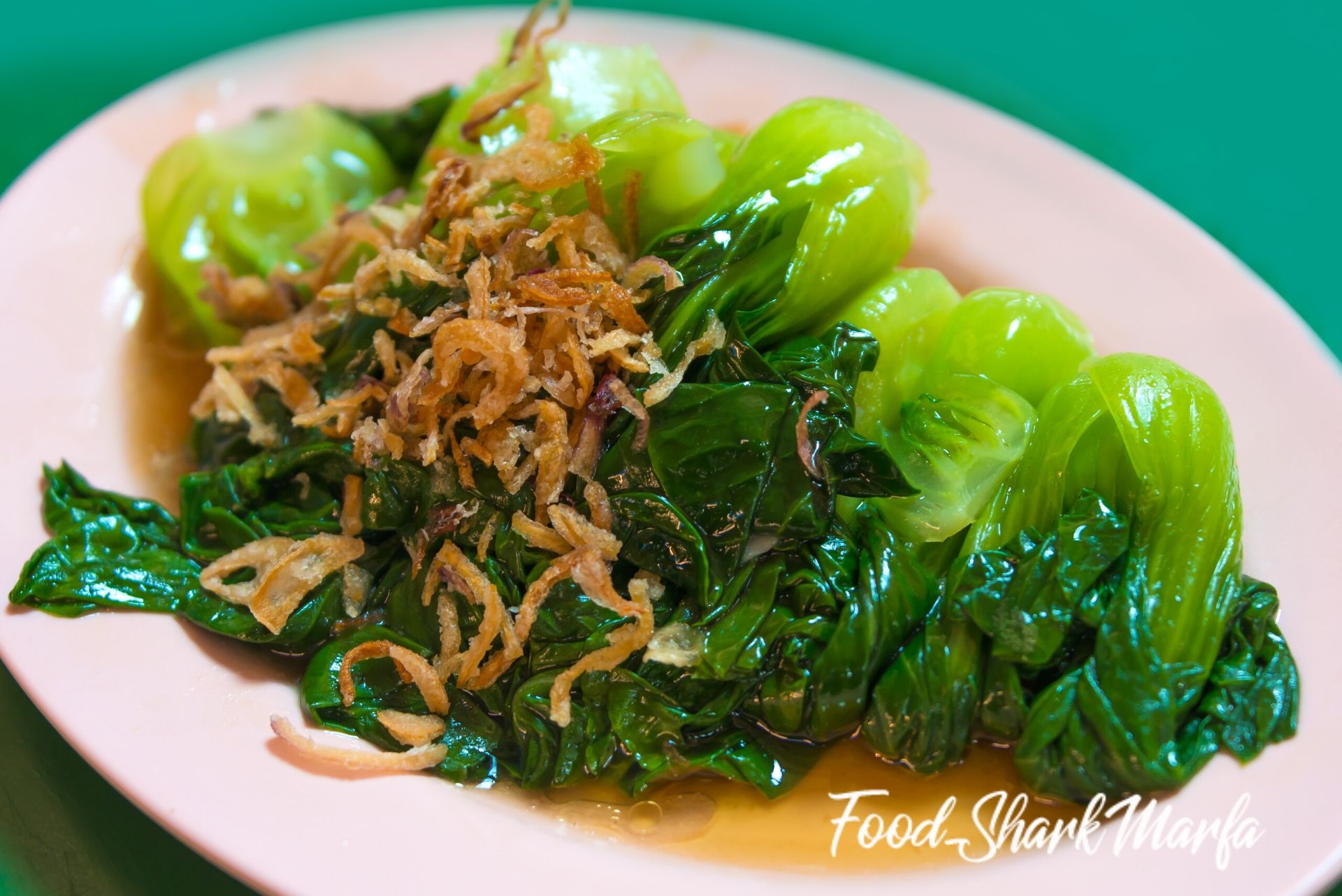 If you are halfway through preparing a stir fry and find you forgot to buy oyster sauce last time you went to the grocery store, or are even just struggling to find it in a local store, it’s good to know there are a number of substitutes you can use in place of it. Generally, soy sauce is always the best substitute for oyster sauce as it is a similar color, has similar flavors and has the saltiness of oyster sauce. It is also available in general grocery stores.

Some of the other substitutes for oyster sauce include hoisin sauce, fish sauce, kecap manis, fish sauce, mushroom sauce, or if you have some oysters available, you can also make an easy homemade oyster sauce.

Just What is Oyster Sauce?

Oyster sauce is a byproduct from the cooking of oysters. When the oysters are cooked in water, a broth is left behind, and this broth is reduced until it becomes brown colored with a viscous texture. Originally, this sauce would be bottled and used as is, but nowadays, commercial oyster sauce usually contains added sugar, salt, soy sauce and preservatives. It can also be thickened with cornstarch and often contains a small amount of oyster extract for flavor. Oyster sauce is a dark and syrupy sauce with a sweet, salty, slightly earthy and umami flavor – almost like a sweeter soy sauce – that is not particularly fishy. Perhaps the easiest way to describe oyster sauce is that it tastes like a blend of soy and barbecue sauce. 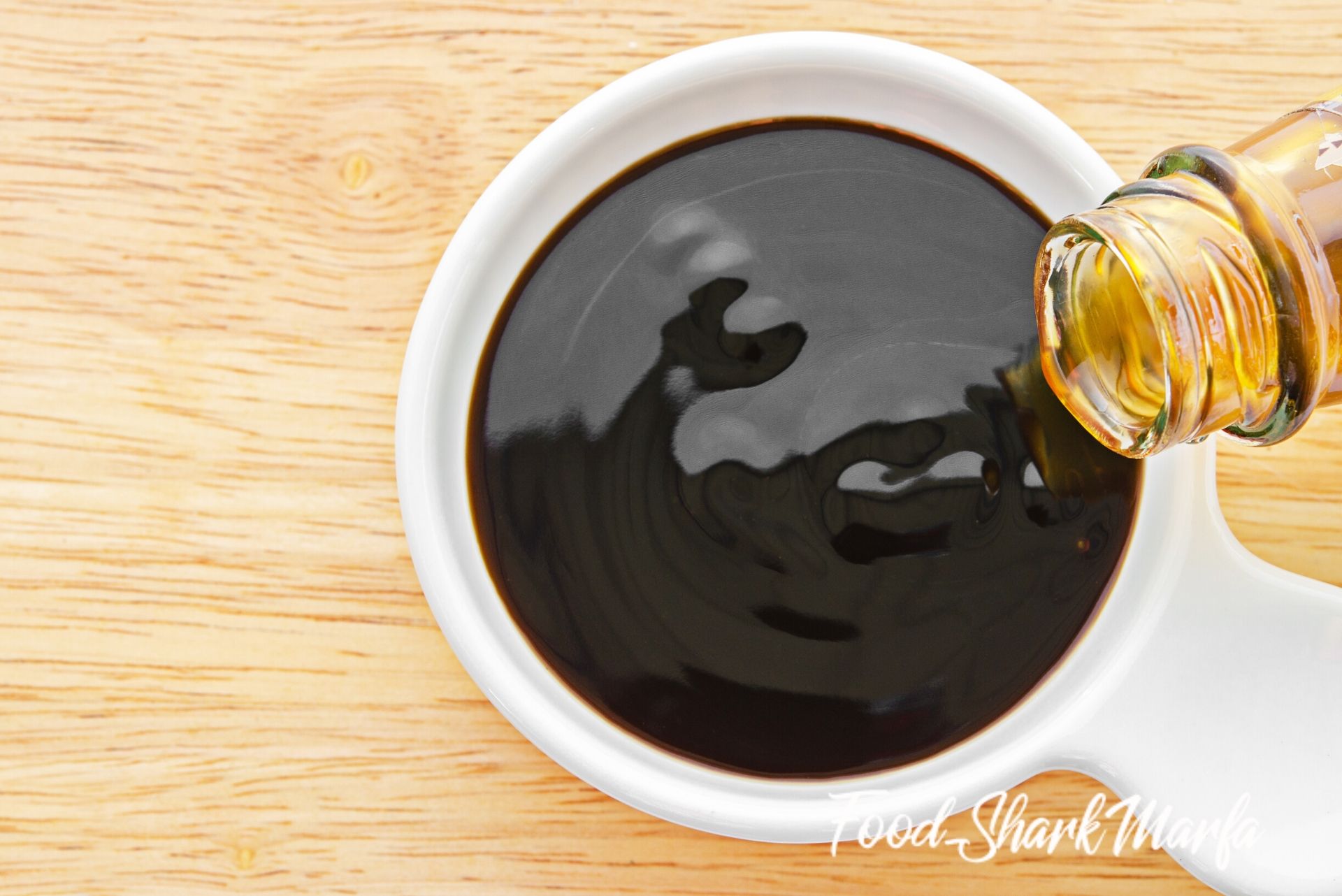 Unlike other traditional sauces, oyster sauce is very much the ‘new kid on the block’, only being created by accident in 1888. A food stall owner called Lee Kum Sheung left his pan of oyster soup cooking for far too long and when he remembered to check on the soup, he found that the pan now contained a tasty, caramelized and rich sauce. Unable to sell it as the oyster soup it should have been, he decided to sell it as a rice seasoning. This new sauce soon became popular, so much so that he was able to set up his own company - Lee Kum Kee – to sell the oyster sauce. Even today, oyster sauce is still one of the bestsellers from the Lee Kum Kee company.

What Should You Think About Before Substituting Oyster Sauce?

If you are unsure as to whether you have eaten oyster sauce – if you have eaten Chinese dishes in the past then you most certainly will have – then it is worth trying one of the many branded oyster sauces available first so that you get an idea of the flavor. This means that when you have run out of oyster sauce, you will have more of an idea of which of the following substitutes are best used in its place.

Otherwise, if you are familiar with oyster sauce and the sauces below, then what you use as a substitute will be down to what you have in already and what your taste preferences are, along with what the dish actually is.

Although soy sauce has a thinner consistency and is saltier than oyster sauce, it can easily replace oyster sauce in most recipes. It also gives the umami that oyster sauce would. Umami, known as the fifth sense, is experienced when proteins break down and a specific molecule from the protein - called L-glutamate - binds to specific receptors on our tongue. The literal translation of umami is ‘yummy’ or ‘pleasant savory taste’ and you can experience umami in many Asian dishes as well as in foods such as steak, seafood and aged cheeses.

Soy sauce is traditionally made with softened soybeans which are fermented with a biological culture, salt brine and grains such as wheat. Allowed to ferment – which may take as long as one year – the cultures and brine break down the soybeans to give hundreds of other compounds which give soy sauce its distinctive flavors. Traditional sauces may then be pasteurized or cooked. Some commercial sauces are now manufactured in a different way which allows them to be made within a few days.

Although there are many types of soy sauce, they tend to fall into one of two main categories – light or dark. A light soy sauce can be very salty and is often the type of soy sauce used for dipping and in stir fries. A dark soy sauce is aged for longer than a light soy sauce and can contain molasses, caramel and corn starch to make a sweeter and less saltier soy sauce.

Other soy sauces that can often be bought are low-sodium sauces, in which the soybeans are fermented in a different way that does not use as much salt, and tamari, which is a Japanese soy sauce made only from soybeans. 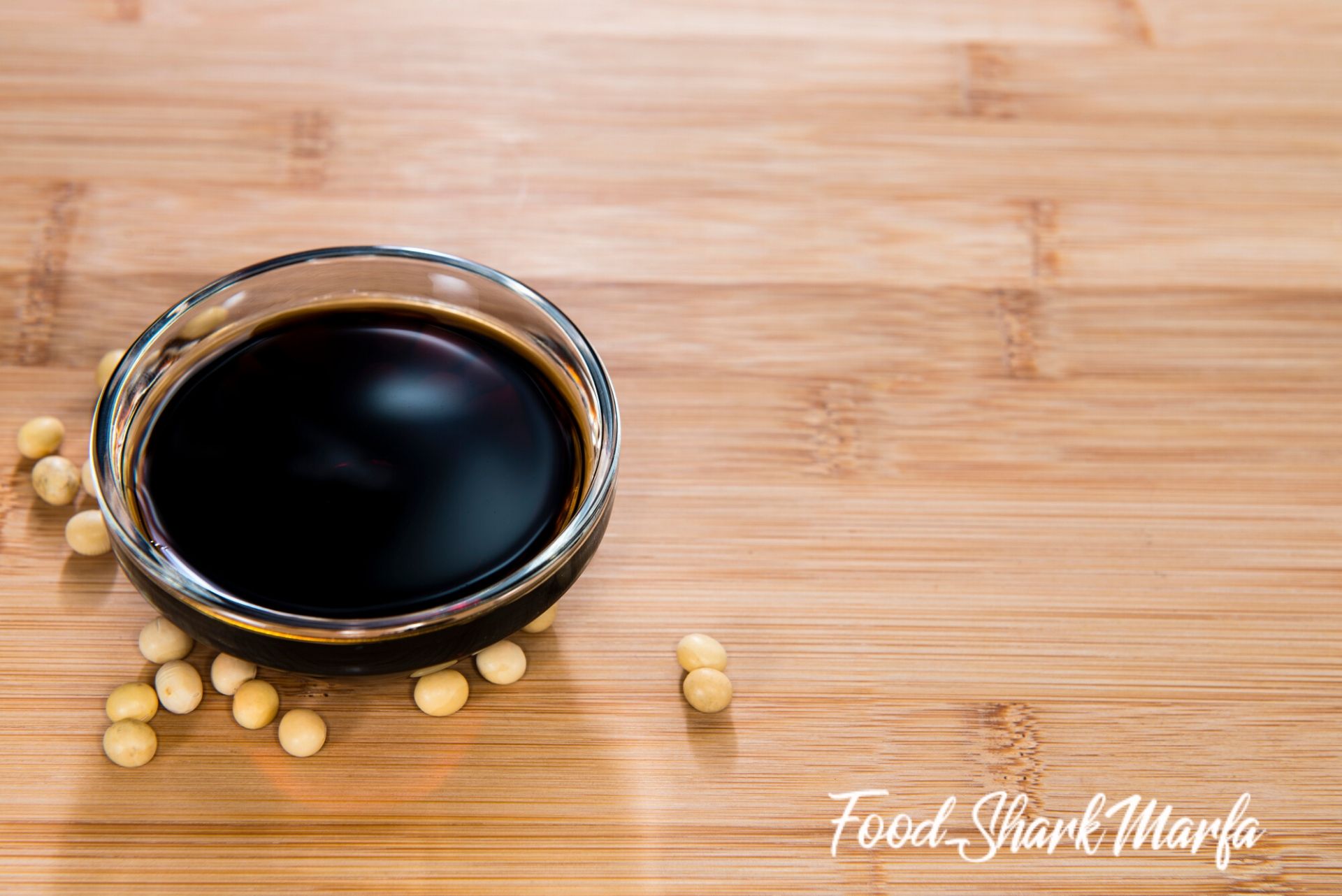 You can replace oyster sauce with around half the amount of a good quality soy sauce – taking account of the type of soy sauce if necessary - and if you do want a little extra sweetness, then add a little honey or brown sugar as well. Some also prefer to add a little Worcestershire sauce for some extra depth of flavor.

Also known as Chinese barbeque sauce, hoisin sauce is made with fermented soybean paste and spices. Traditionally served with Peking duck, hoisin sauce is somewhat like a barbeque sauce with a tangy, sweet and spicy flavor along with umami richness. Although the word hoisin comes from the Chinese word for seafood, it does not actually contain any seafood or animal ingredients, making it suitable for vegetarians and vegans.

Hoisin sauce makes an ideal substitute for oyster sauce for stir frying with or as a dipping sauce for appetizers such as spring rolls. As it does have quite a powerful flavor, it can be diluted with oil or water. If you are replacing oyster sauce with hoisin sauce, it can be used in the same amount, but you may want to add a little less at first, taste and add more if required.

If you have a bottle of each of these in the refrigerator or pantry, then mix equal amounts of soy sauce and hoisin sauce to give you a salty, sweet and umami sauce which can replace oyster sauce in most recipes.

As with most substitutions, add less than the required amount of oyster sauce, taste and add more if necessary.

Less likely to be a common pantry condiment, this Indonesian sweet soy sauce, is like oyster sauce in that it is very versatile. Made with soy sauce and palm or coconut sugar, it also contains aromatic spices such as ginger, cloves and star anise along with garlic. Made in a similar way to soy sauce, it is reduced down to produce a dark colored and thick sauce and is used in many dishes, not least mie goreng (fried noodles) and nasi goreng (fried rice). 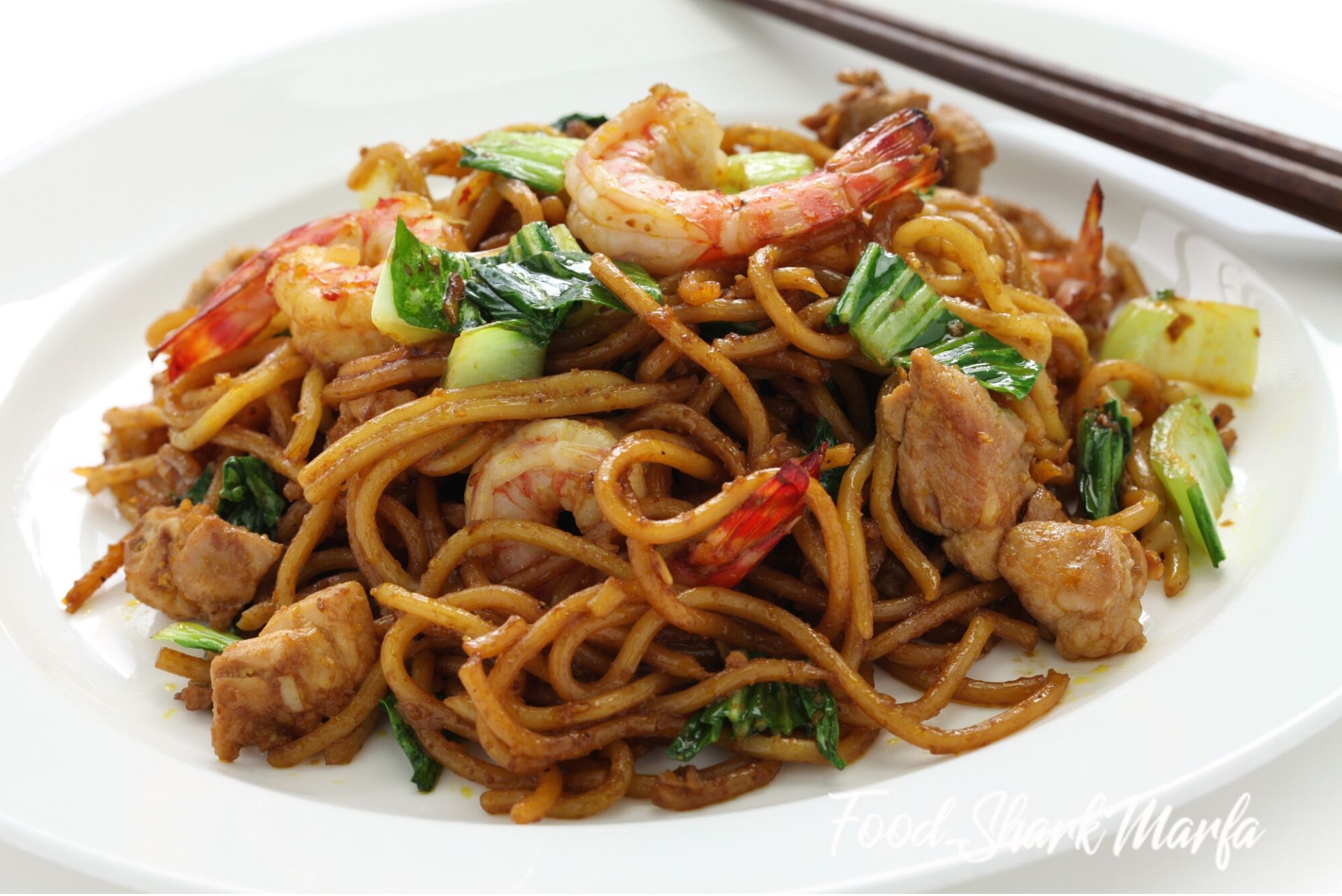 If you have yet to try kecap manis, as well as using it in cooking, it is a suitable finishing or dipping sauce, dressing for Asian-style salads, can be added to grilled meats, fish and seafood and corn on the cob or even just used to add some depth to scrambled eggs.

Fish sauce has been around for a while and was a staple of the Ancient Roman diet. Fish sauce, or garum as it was known in Roman times, is a fermented sauce made in different styles in different cuisines. Probably the most common types in the US are nam pla (Thai fish sauce) which is used in pad Thai and nuoc mam (Vietnamese fish sauce). 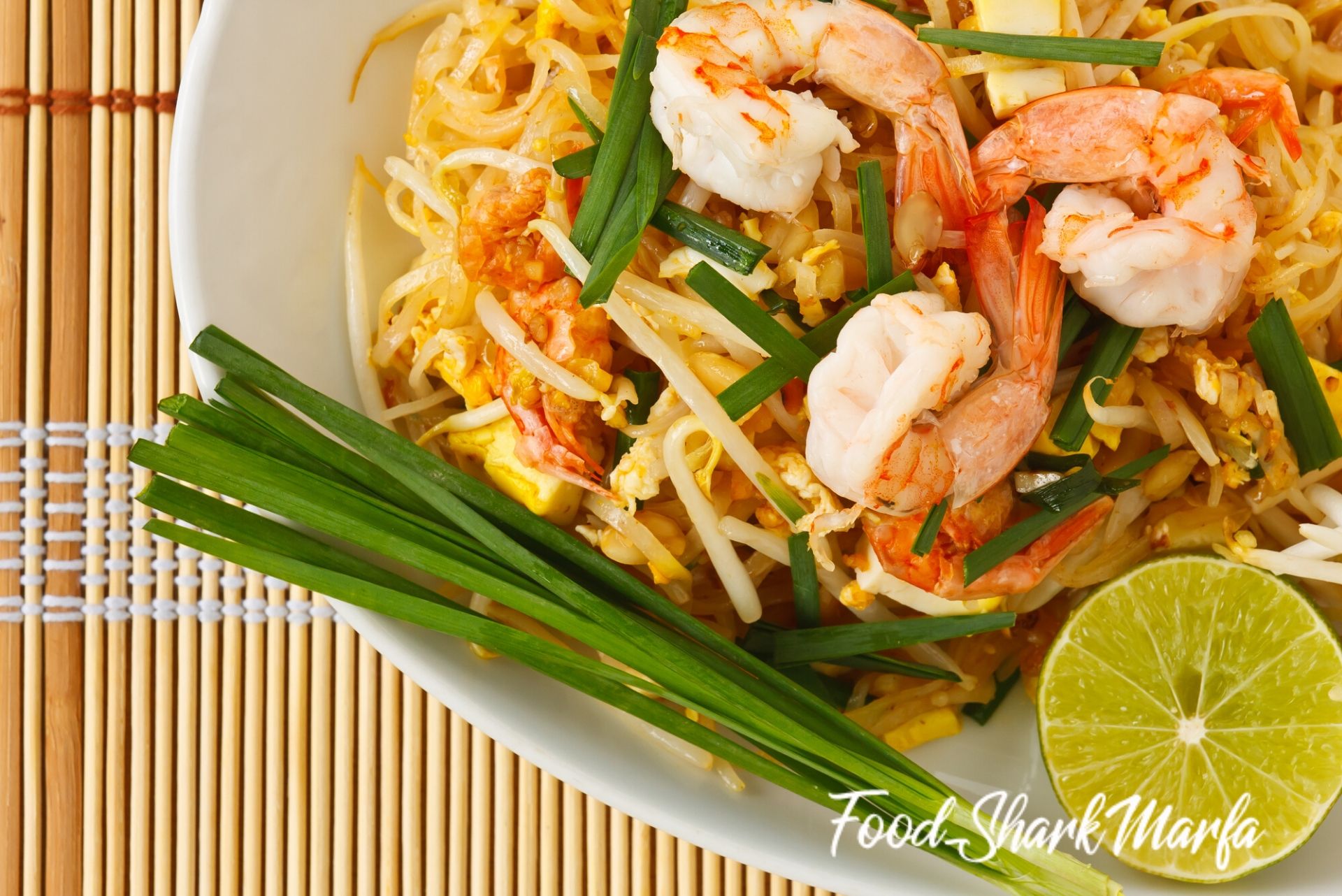 Fish sauce has a complex, bold and umami flavor, with saltiness, caramel-sweetness and fishiness and can be compared with both oyster sauce and soy sauce. It is usually made from fish such as anchovies which are aged in barrels with salt for up to a year. The salt works to dry out the fish and at the same time, natural bacteria break down the fish, creating a savory and salty liquid which is drained off, dried and aged in ceramic urns before it is bottled. Purer fish sauces will just contain fish and salt while others may add sugar or preservatives.

If you want to use fish sauce as is, try adding some to fish or seafood pasta dishes, soups, stir fries and vinaigrettes. As a stronger sauce, use sparingly, a few drops are often enough to add extra flavor.

Fish sauce may not be an appropriate substitute for all dishes as it does have a powerful flavor, but for stir fries and similar, meat or fish dishes, up to half the amount of fish sauce can be used in place of oyster sauce. Also remember that fish sauce is often saltier and has a sharpness rather than the sweetness of flavor found in oyster sauce.

You can mix a little hoisin sauce in with fish sauce to improve its sweetness and consistency.

If you want to replace oyster sauce with a vegan friendly and seafood free substitute, you can make your own version of oyster sauce. You will need to add one mushroom broth cube, two tablespoons of brown bean sauce and a tablespoon of unprocessed sugar to half a cup of water. Bring it to the boil and add one teaspoon of cornstarch mixed and dissolved into a teaspoon of cold water. Keep stirring the sauce until thickened and it is then ready to use.

You can also make a mushroom sauce with dried shiitake mushrooms, sesame oil, peanut oil, garlic, ginger and soy sauce. After cooking everything, mix into a paste, add any other seasonings as required and then use this umami-rich sauce as a like for like substitute for oyster sauce in stir fries, grilled foods, noodles, rice dishes and more.

If you have some oysters handy, you can make a homemade sauce. Weigh out half a pound of shucked and cooked, or even refrigerated or jarred oysters along with the liquid. Remove the oysters from the liquid, mince them and add them to a pan with the liquid and an extra tablespoon of water. Bring it to the boil and allow it to simmer, covered, for 10 minutes. Turn off the heat, add a teaspoon of salt and allow the sauce to cool down fully. Strain it through a fine sieve into a measuring jug and for each half cup of sauce, add 2 tablespoons of light soy sauce.

Place the mix back into the pan, add ½ tablespoon of dark soy sauce, and bring to the boil. Allow it to simmer for around 7 minutes and once cool, the sauce is ready to use or can be placed into a sterilized jar which will keep in the refrigerator for a few weeks.

You can use the same amount of homemade oyster sauce as you would use store bought oyster sauce.

If you have run out of oyster sauce, or are struggling to buy it, then the best substitute for oyster sauce in most dishes is soy sauce as this has umami and saltiness and is a similar color. Otherwise other oyster sauce substitutes include hoisin sauce, kecap manis or fish sauce, or you can make a vegan-friendly mushroom sauce or homemade oyster sauce.

Any of these substitutions will bring umami to the dish and varying levels of sweetness, saltiness and flavor - depending on which substitute, or even blend of substitutes, you choose to replace oyster sauce with.