Have you ever been through your neighborhood Asian farmer's market and been intrigued by the bundles of fruit that are bright red and covered in spikes? Lychees, which may at first glance appear to be odd-looking fruits, are in fact a well-known summertime fruit in Asia.

It is a delightfully reviving summertime delicacy due to the combination of sweet and savory flavors, as well as the slippery consistency of jelly. Typically eaten fresh, these fruits are also often incorporated as flavorings in drinks such as various cocktails and wines. 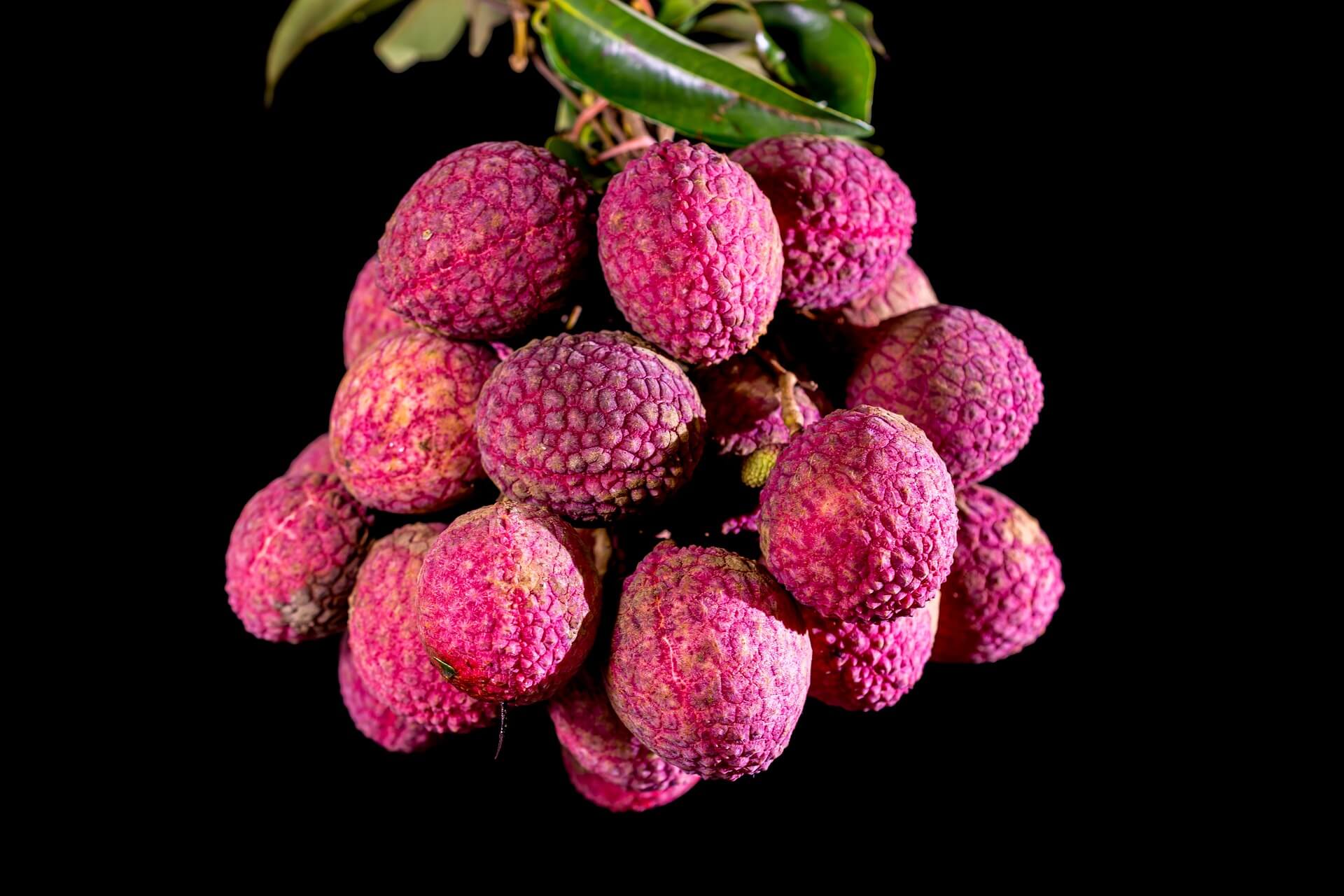 Lychee (Litchi chinensis) is a summertime fruit that grows abundantly in tropical and subtropical regions.

According to research, China, Sri Lanka, Taiwan, Thailand, Vietnam, Japan, India, Bangladesh, Pakistan, Nepal, Australia, Mexico, and portions of southern Africa grow lychee. The largest producer is China, followed by India. According to Chinese sources, lychee has a history and cultivation dating back to 2000 BC.

Lychee has tough inedible skin that is green and thin while immatured, the skin turns red when the fruit is ready to eat. The skin covers the edible flesh of the fruit that is white and jelly-like in texture and sweet in taste. This fruit is commonly used in many desserts.

How to Eat Lychee? 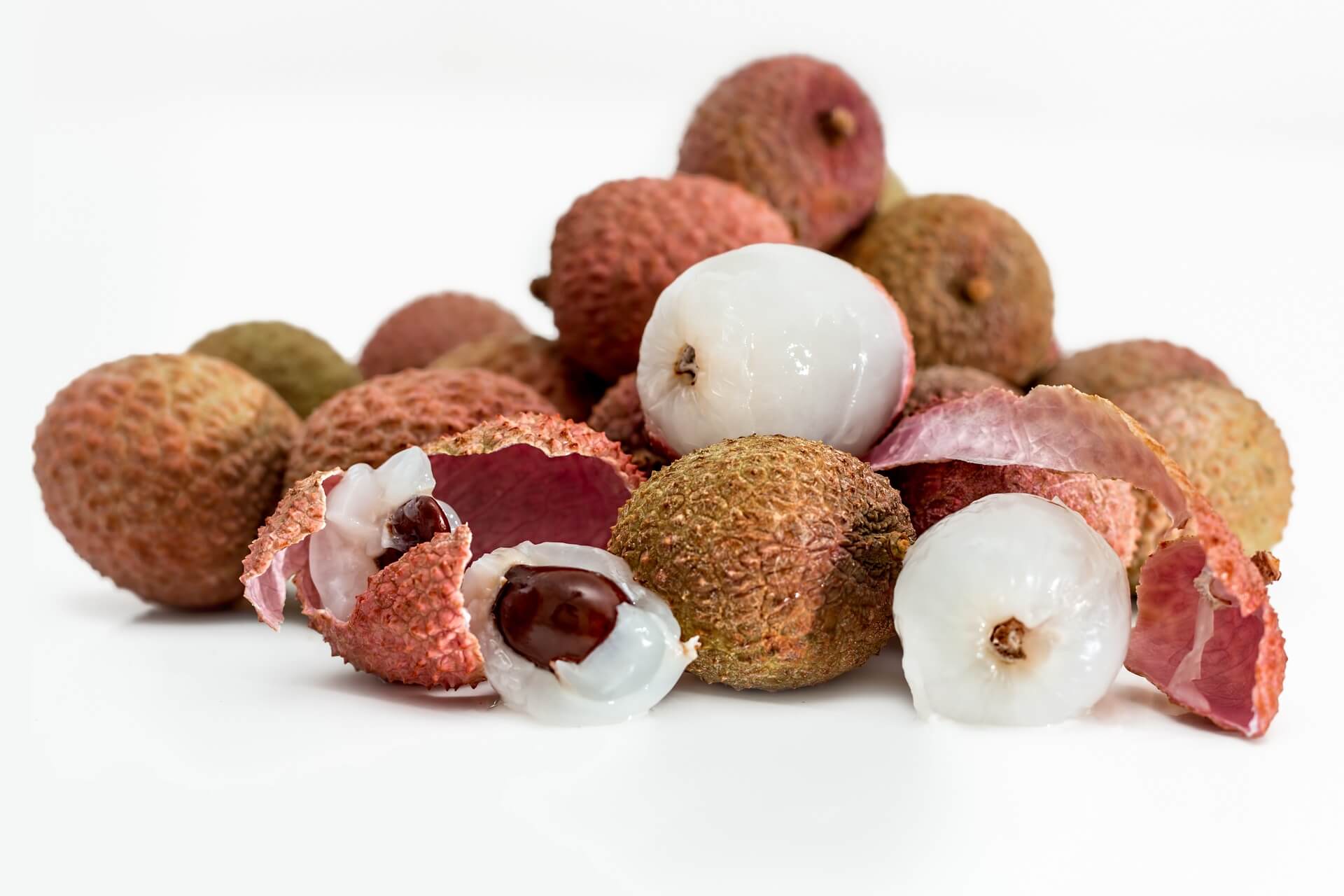 It's possible that the lychee's skin looks intimidating, but you shouldn't be afraid of it! Remove the lychee from the stem in a careful manner, making it possible to quickly reach the fruit's rind. Then, to expose the lychee's delectable white flesh, carefully peel away the prickly red skin that covers it.

During this process, you might come across a very thin second layer that is white in color. You just need to peel that as well, and you're all set! You need only consume the white and glassy flesh, but you should discard the brown pit.

The lychee fruit will hit you with its delicious and juicy texture as soon as you put it in your mouth. has a flavor that is both fragrant and sweet. In spite of this, it has a tang that can be described as slightly acidic. 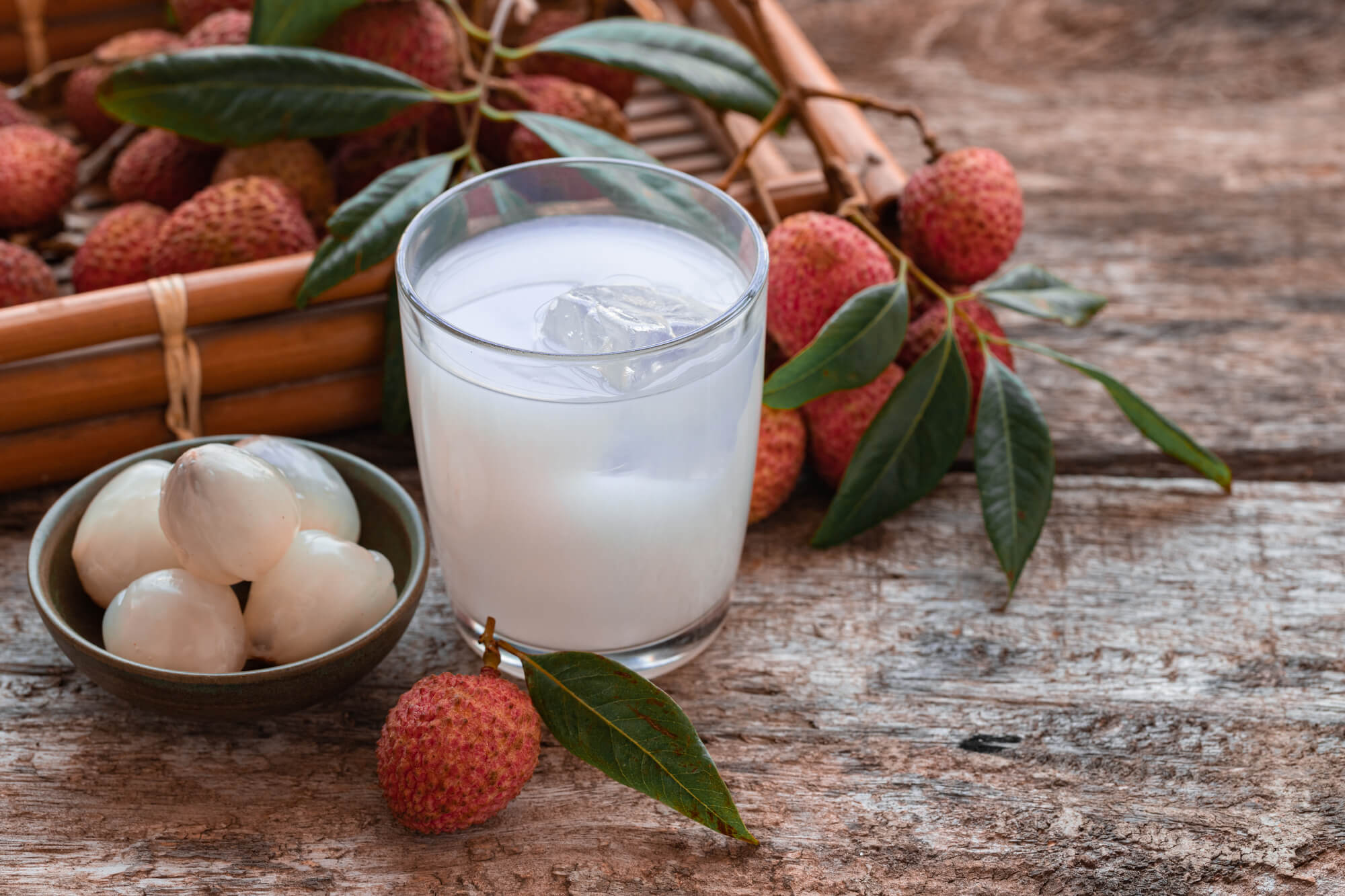 Due to its delicious taste and floral flavors, lychee is commonly used to make alcoholic beverages in China according to research.

Get yourself a set of beautiful wine glasses to enjoy your lychee wine with!

According to an article published in the National Library Of Medicine, Lychee fruit that is still whole and fresh has a vitamin C content of 72 milligrams per one hundred grams of fruit, which is equivalent to 86% of the daily value.

The average adult's daily requirement for vitamin C can be satisfied by eating nine peeled lychee fruits, but other than that, lychee provides very little in the way of nutrient content.

Raw lychee fruit contains 7% copper, 4% phosphorus, and 4% potassium per 100-gram serving, in addition to other trace minerals found in the diet in lower concentrations (for DV in a 2,000-calorie diet). 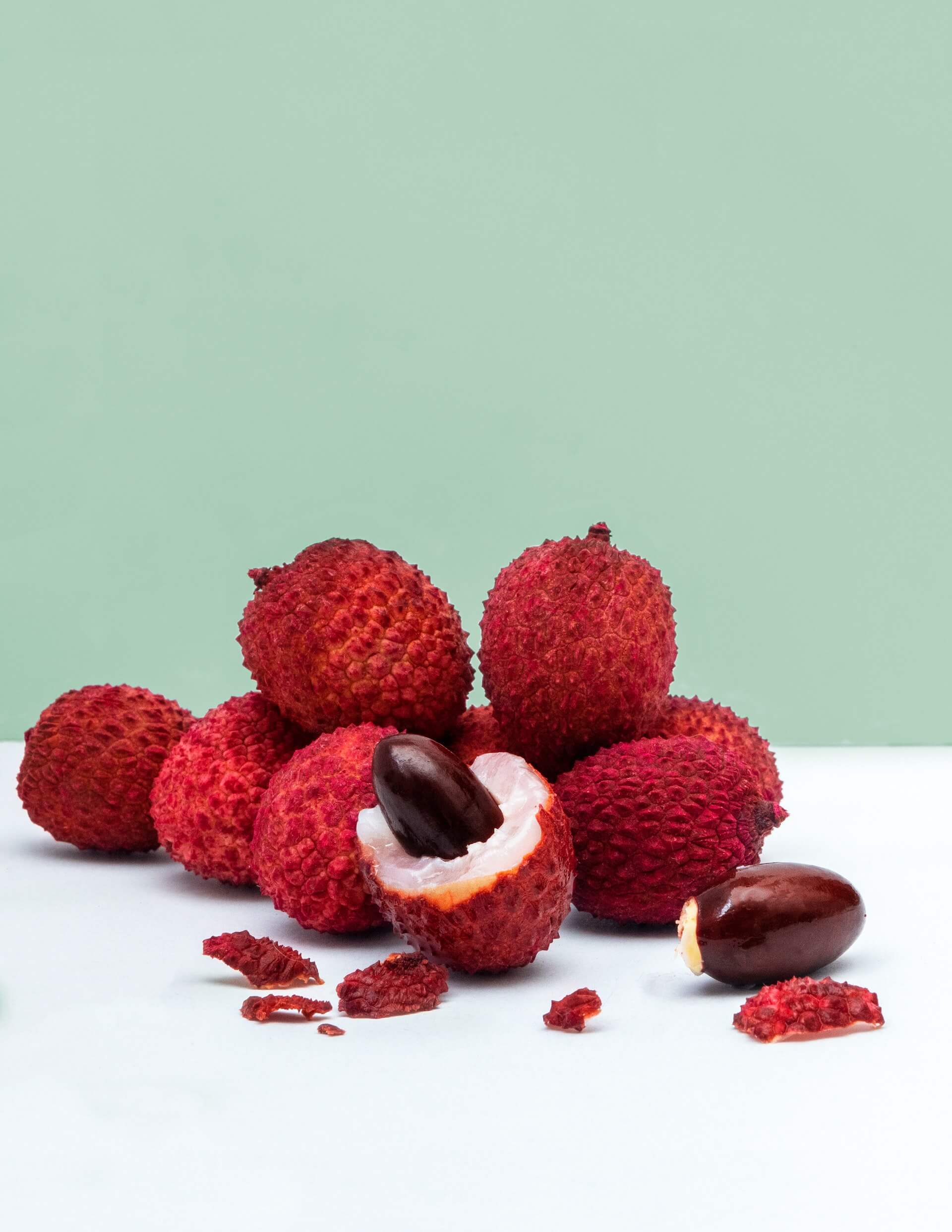 How To Pick Fresh Lychee At The Supermarket?

In order to experience the best-tasting lychee you need to make sure that the lychee you are getting is perfectly ripened. It should have bright red skin and a sweet smell.

The skin should also have a little give when pressed, but not too much. Too much give might indicate overripe lychees, which have likely become fermented and will not taste as good.

What Are The Fruits Similar To Lychee? 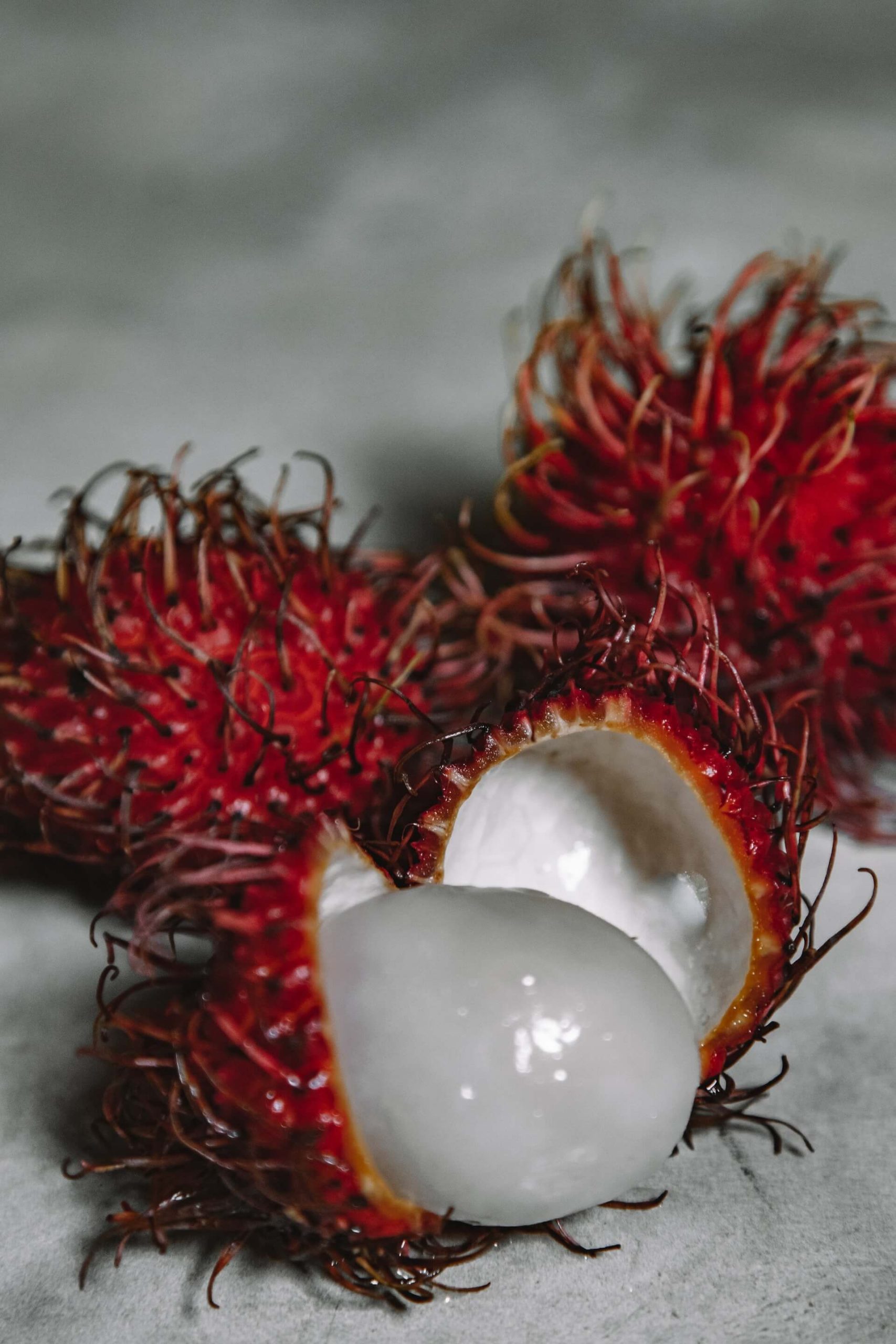 Some of the tropical fruits look and taste very similar to each other. This is why it is not surprising that lychee also has some doppelgangers. Rambutan is one such fruit. It looks and tastes like a hairy big brother of lychee.

Like lychee, rambutan also has an outer skin that is red in spiky. In this case, however, the spikes are a lot longer and softer. It takes a little more effort to take apart the whole outer skin, but the inner flesh looks and tastes pretty similar to that of lychee.

Other than these, longan is one such fruit that often gets confused with lychee.

Due to its sweet and delicate taste lychee is one of the most sought-after fruits in Asia. Nowadays lychee is gaining more and more traction in Europe and America too.

If you really are interested to know exactly how lychee taste, it would be best to go to your nearest grocery store and get your hands on a couple of fresh lychees. We can promise, you will not be disappointed!