Okay, if all that you know about bananas is that Tarzan's mother feeds him with it, you really need to read this article.  Banana is a fruit loaded with all types of nutrients, vitamins, and minerals, and I suggest that you start adding it to your diet, I mean look at Tarzan, he grew up and became a strong man who jumps between trees all day, doesn't it tell you something?! 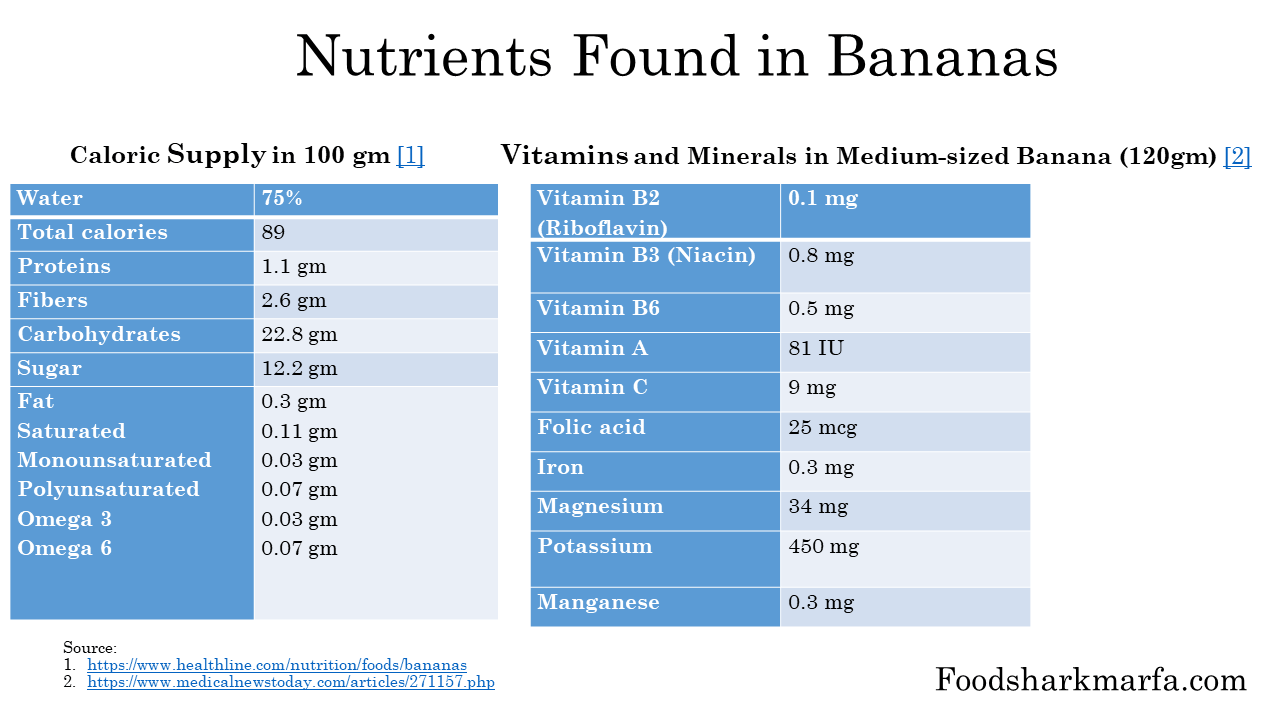 Water balance in the body

Muscles contracts by a transient change in the concentration of sodium and potassium [3] between the interior and the exterior of the cells, potassium deficiency may lead to muscle spasms and weakness. 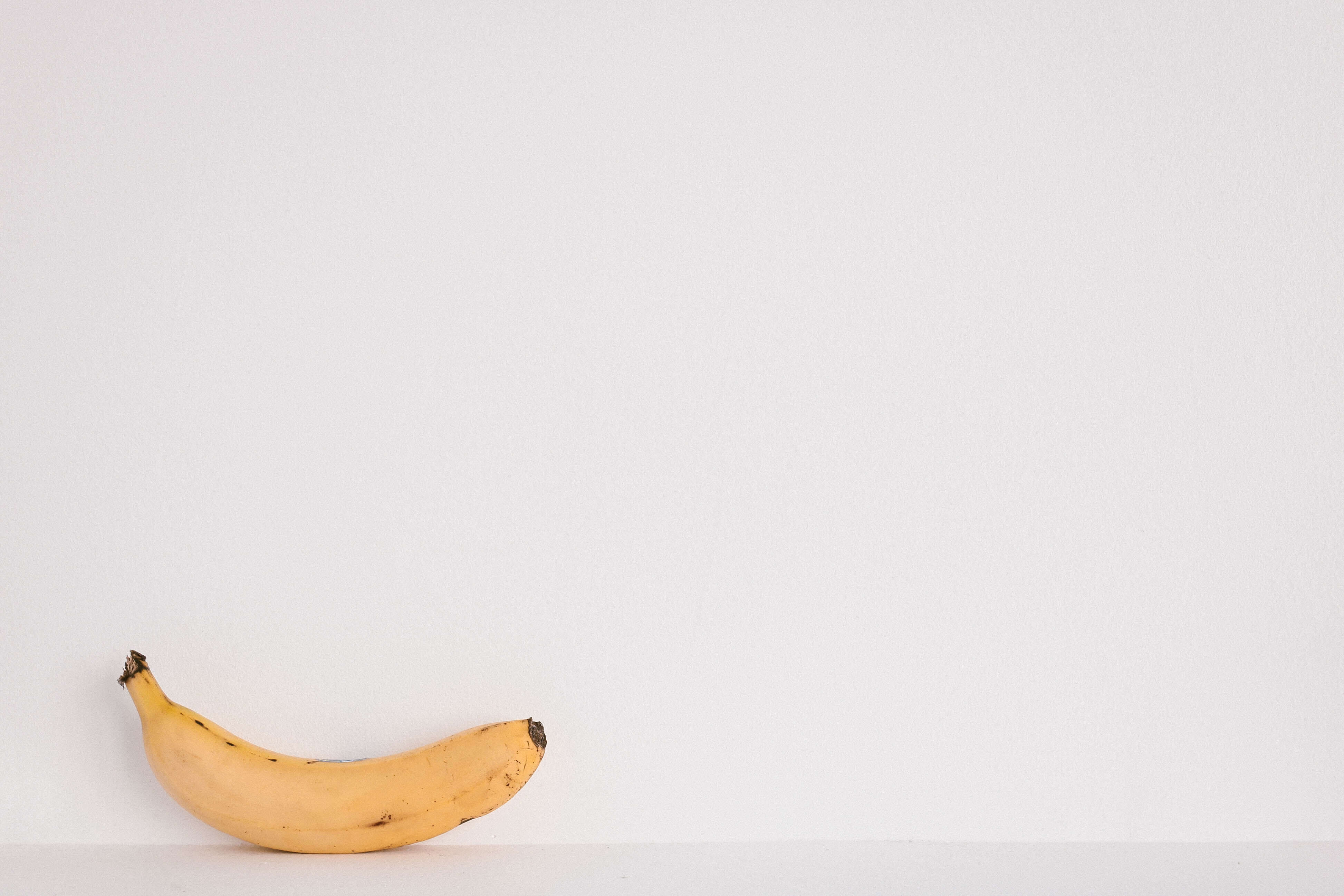 Well, the answer to this question is hard because it does help slightly, but its effect is not a major effect.

Myth: Bananas will increase the serotonin levels in your brain

Yes, bananas contain serotonin, but it doesn't cross the blood-brain barrier, which means that the natural serotonin found in bananas is useless for that matter [5].

Serotonin is the chemical component found in the brain to improve the mood and decrease in serotonin will lead to depression, in order to synthesize this chemical in the brain, the brain utilize vitamin B6 to complete the pathway, and bananas contain a high level of vitamin B6, actually, one banana contains one fifth of the vitamin daily requirement, so in this way only, bananas may help to increase serotonin level [6].

Bananas may help you in maintaining normal serotonin levels in people with average mood, but if you really suffer from depression you are going to need more than that.

Bananas contain a large amount of both soluble and insoluble fibers, which improves the digestion and have mild laxative effect; it can be used in children constipation as medical treatment in children is not favorable [7].

Prevention of ulcers and treating heartburn

Stomach ulcers are formed by variable mechanism, but we will only discuss the mechanisms that bananas have an effect on.

Acidity, drugs and certain types of bacteria like H.pylori invade the mucosa of the stomach and expose the underlying layers causing ulcers; they may even invade all the layers leading to perforation. Bananas have flavonoids and leucocyanidin [8] which are proved to increase the mucosal thickness of the stomach which makes the stomach more immune to acids and less liable to ulcers formation.

Bananas also have an antacid effect, which is decreasing the acidity of the stomach, this will protect against ulcers and relieve heartburn.

Bananas are rich in insoluble fibers like cellulose, those fibers regulate the movement and make it the normal optimum bowel movement, and this actually helps with both constipation and diarrhea.

A study was conducted on male rats, researchers fed those rats with both high cholesterol food and frozen bananas, the bananas markedly decreased the levels of cholesterol in the blood [10], this effect is made by the soluble and insoluble fiber contents of bananas.

But, you may wonder, bananas already contain some fat, doesn’t it affect the level of cholesterol itself? The answer is NO, in the same study researchers have proven that fats in bananas are easily digested and have no effect on cholesterol level. 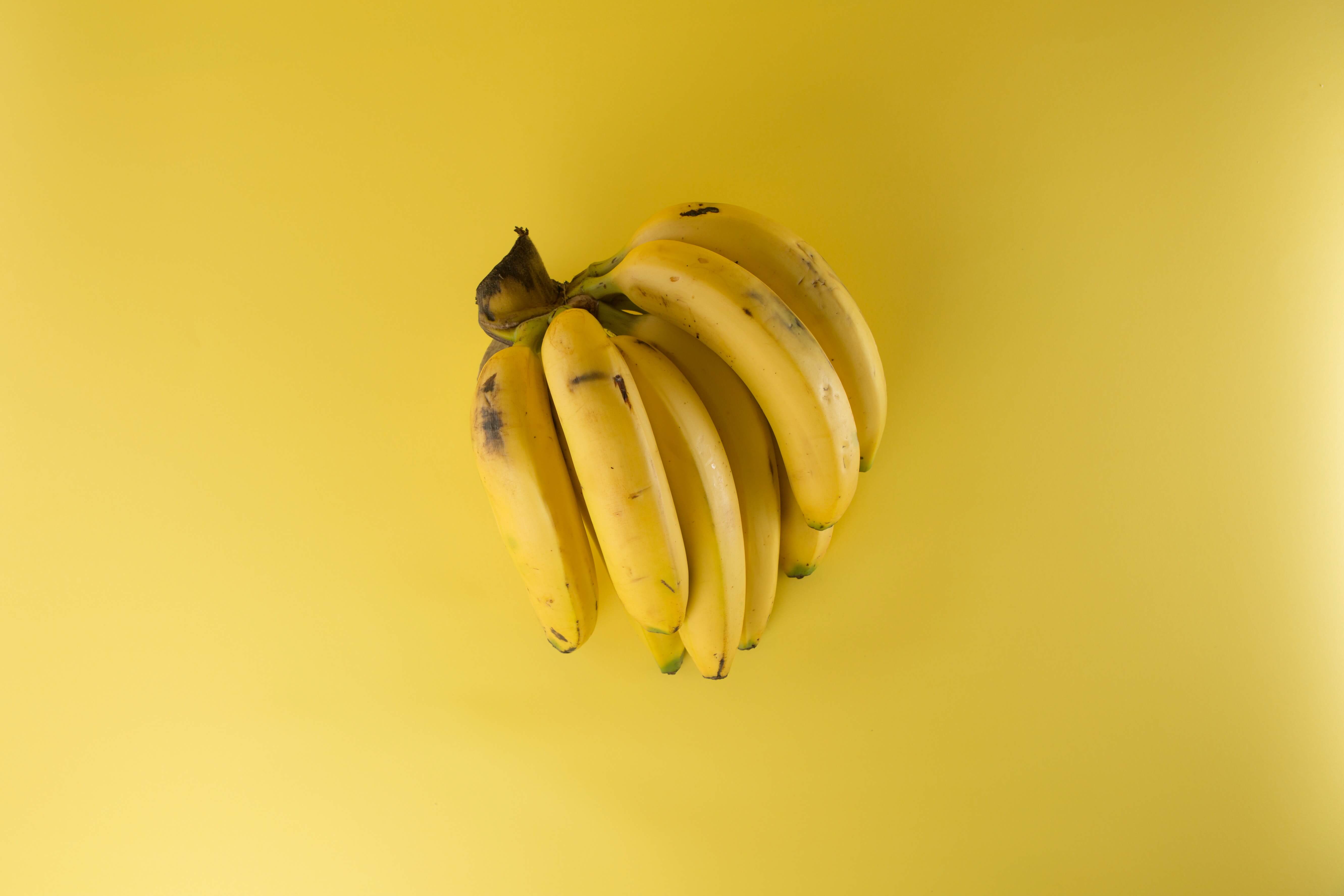 Benefits of Bananas for kidney health

A study was conducted on women in Canada showed that consuming bananas from 4 to 6 times weekly decrease the risk of developing kidney cancer in the future by 50% [12].

If you have a chronic kidney disease or chronic renal failure, you need to totally cut bananas of your diet [13] because of its high potassium contents, dysfunctioning kidney can’t get rid of excess potassium and accumulation of potassium in the body may lead hyperkalemia, which is fatal sometimes.

It is well established now that vitamin B6 has an effect on both humoral immunity and cell-mediated immunity, researchers in a study found that animals which are derived from vitamin B6 for 2 to 10 weeks, there circulating antibodies markedly decreased [14].

A single banana has one-fifth of the daily requirement of vitamin B6, so eating bananas regularly is highly advisable. 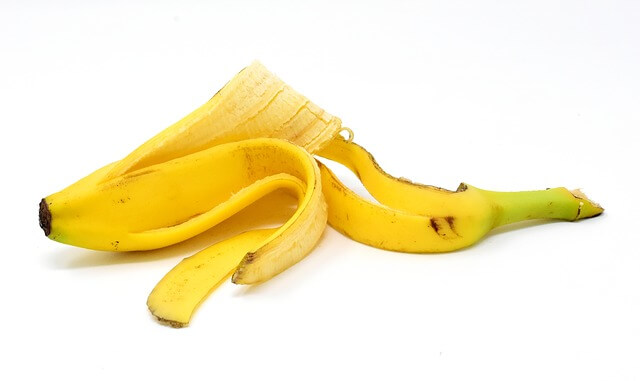 Lethal bacteria produced by drug resistance are increasing in numbers and spreading worldwide now, scientists are starting to think of alternatives to antibiotics and using plants with medical and antimicrobial properties.

On the top of the list, there are banana peels, they were examined and it's proven that it has a strong antimicrobial effect and effective in fighting infections like salmonella typhi, Klebsiella, Staphylococcus aureus and e. Coli.

It gains its antibacterial effect from the presence of secondary metabolites such as flavonoids, alkaloids, and glycosides [15].

Wart is a viral infection, studies show that placing banana peels over the wart and leaving it overnight for 2 to 3 weeks may improve the condition and fight the infection [16]

Bananas have been used for years as a natural remedy for acne, it has a substance called lutein which decreases the inflammation, a powerful antioxidant and promotes cell growth smoothly and evenly [17].

Banana peels contain antioxidants and inflammatory substance which help with relieving the pain from painful bug bites and decrease the swelling.

Rub the banana peels against your teeth for white shiny teeth without any harm to your teeth or gums. 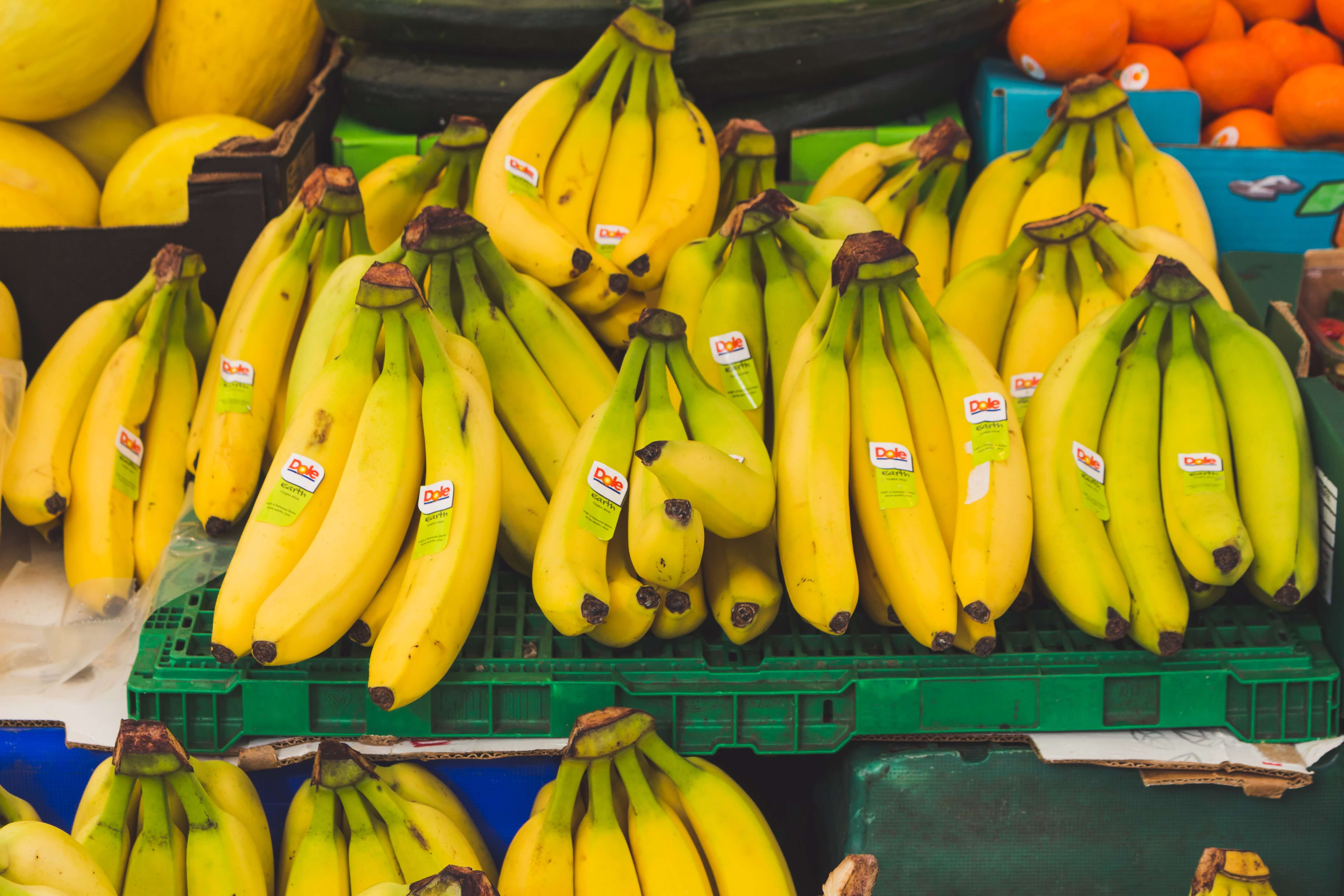 Benefits of Bananas for Heart Health

As we discussed before, banana is a rich source of potassium, potassium is essential for maintaining the heart muscle contraction and signal conduction from SA node to the atria and the ventricles (through the bundle of Hiss).

So, people generally should consume bananas for that matter, especially if you suffer from any condition that might lower your blood potassium level like alcoholism, diarrhea and primary aldosteronism.

Bananas for a bad hangover

Heavy drinking depletate the electrolyte stores in your body, electrolyte deficiency and imbalance gives the clinical picture of confusion, irritability and disturbed conscious level that is caused by alcohol.

Bananas happen to have a large amount of those deficient electrolytes like potassium and magnesium. You should make it as a banana cocktail with milk and honey to be easier to ingest by the alcoholic person and for better effect.

Iron deficiency anemia is one of the commonest diseases all over the world, bananas are loaded with iron and can be a good source for iron fortification.

Bananas can be eaten both cooked and raw, the iron absorbed in the end result for both is equal [19] so, you can eat it in whichever way you like.

Bananas as a good source of energy

Bananas contain a sufficient amount of sugar with 3 different types of sugar: glucose, fructose, and sucrose, sugar is used for energy production (ATP production) and is easily uptaken and utilized by all types of cells. 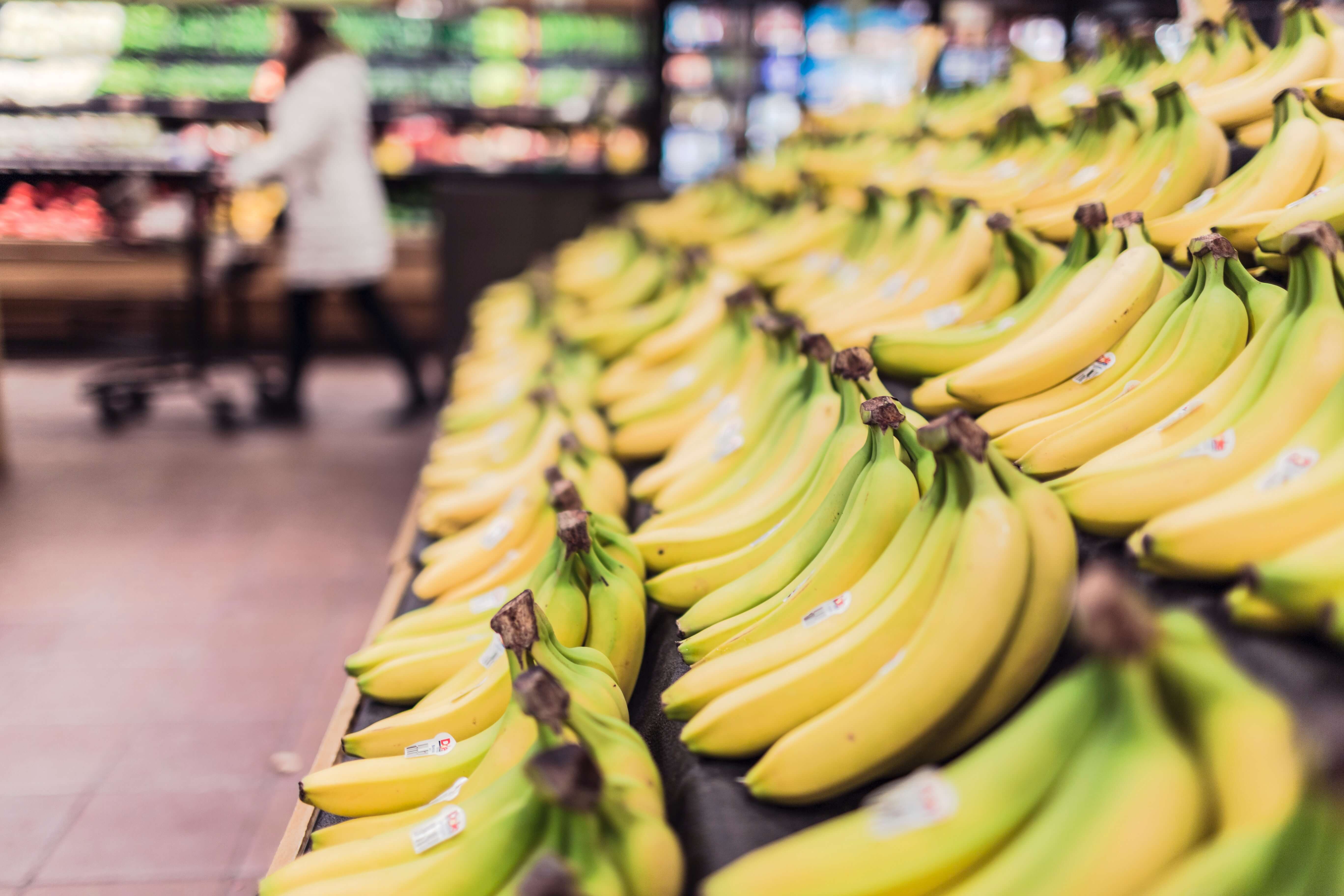 Benefits of Bananas for Hair

Bananas can help in moisturizing your hair and make your hair shiny by its large folic acid content; it also can promote your hair growth and thickening by increasing iron level in your blood and by its high potassium content.

There are a lot of claims around this particular effect of bananas, however, it's not denied but it's not proved yet too.

In a recent study [20], scientists examined the components of bananas and its effect, and they found that banana peels, indeed, have a strong antioxidant and antiangiogenic agent but further research is needed.

There is also some pieces of evidence that bananas that have dark areas on its skin release tumor necrosis factor (TNF) which attack the cancer cells [21].

Side Effects of Bananas

Beta blockers are a group of drugs that are used control hypertension and various heart conditions, those drugs tend to increase potassium levels as a side effect, and bananas also increase potassium levels, synergetic effect of both may lead to fatal arrhythmia caused by hyperkalemia [22], if you are using one of these medications (like labetalol, propranolol, esmolol), it’s better to consult your doctor about your allowed bananas consumption.

Bananas may act as a trigger for a migraine in people who suffer from a migraine and headaches.

Bananas are most likely safe for both pregnant women and children but moderate consumption is advised.

Or you can just consume it in order to be healthier and have more energy throughout the day, bananas also are a great source of potassium and contain one-fifth of the daily requirement of vitamin B6. 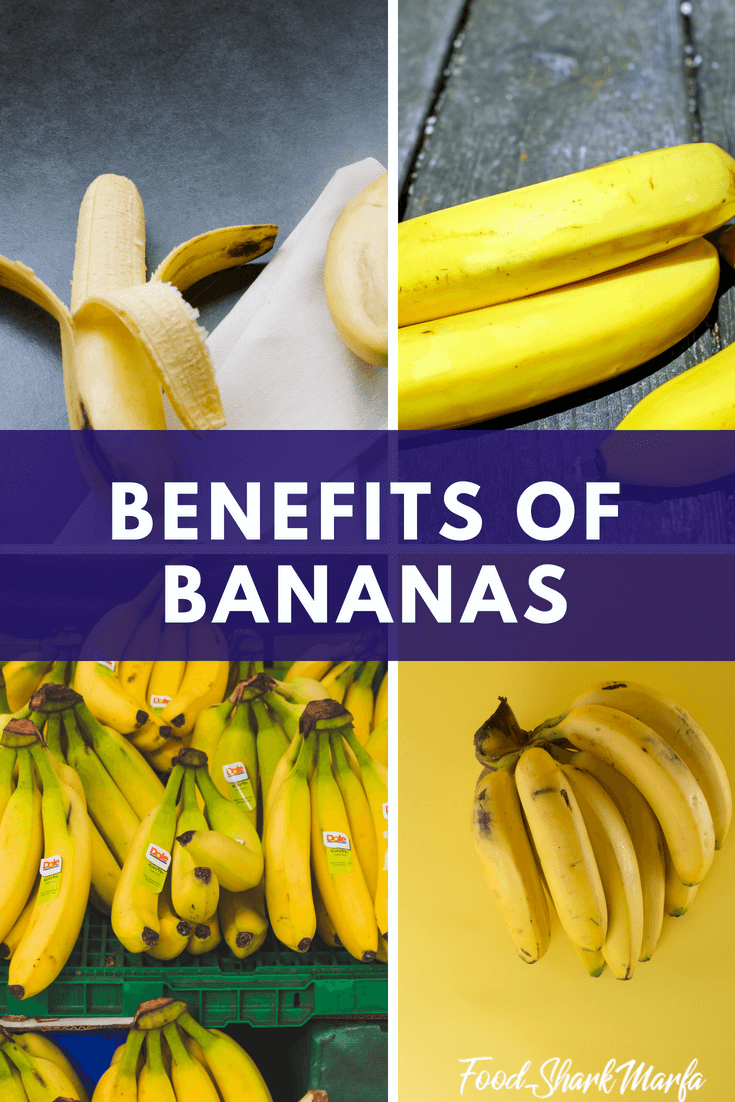