If you have the above question in your mind, then we are here to have it answered today. Today I'll be introducing an expensive rare spice, called the “Saffron” also known as “Zaffran.” These precious spices are used in many cuisines as a garnish,  a side-ingredient, and even the main ingredient.

I'll be discussing everything about this spice from scratch. So, let's get started. First, let's get a bit of our homework done on its history and origins. 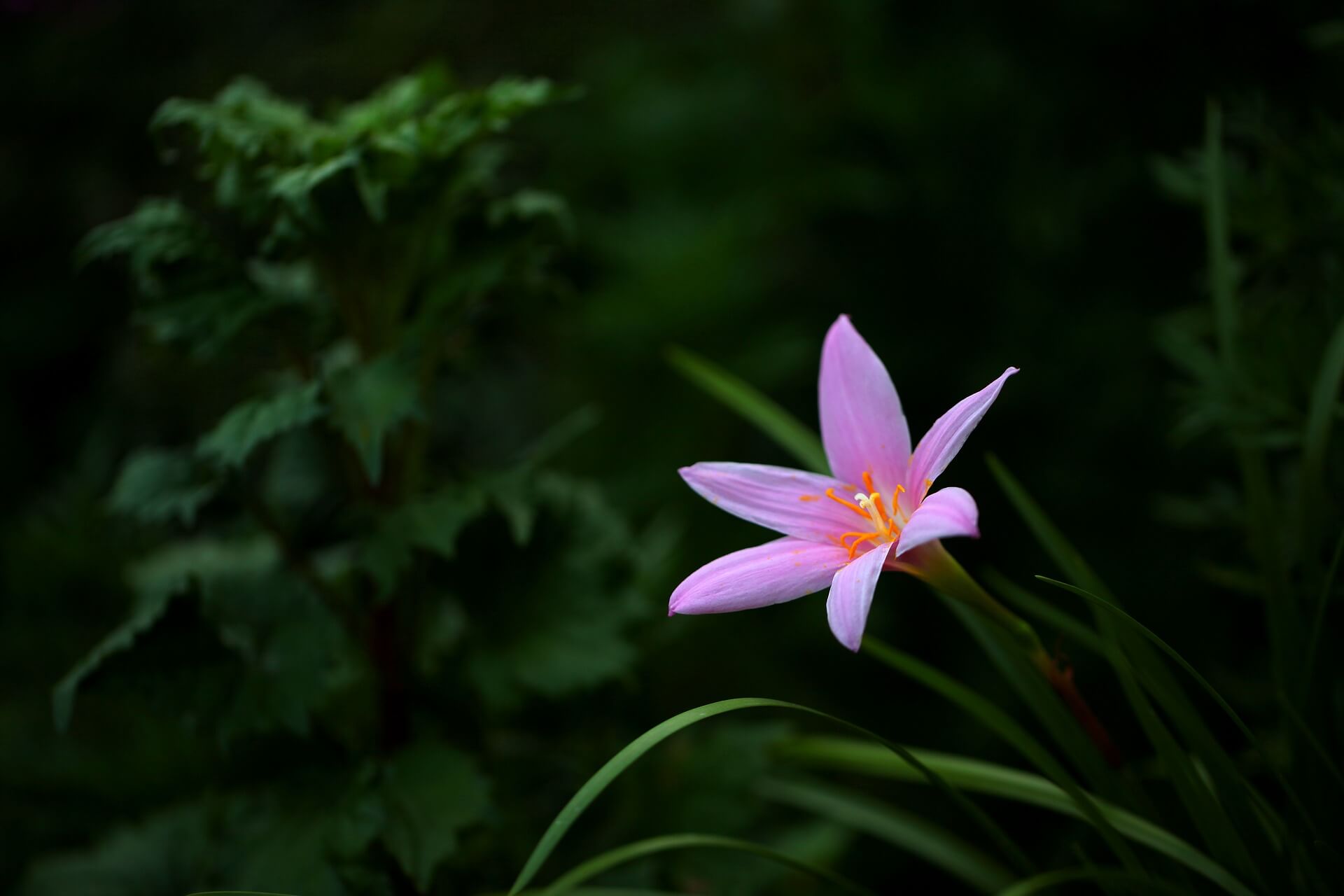 What Is Saffron? It's Origins

It is a perennial plant not found in the wild. The scientific name of this flower is Crocus sativa. The flower descends from the Crocus cartwrightianus also called the “wild saffron” known to have originated in Greece. These flowers have a beautiful purple color and fine threads, the stigma and style being crimson in color.

Where And How Are They Harvested?

The flower blooms under specifically regulated environment. It requires a lot of care and hard-work.

These flowers have a time of only two weeks in which they can be harvested during the year. The have to be harvested by hand. Crocus flowers are delicate, and each flower yields only three threads of saffron. These fibers are collected and dried. Later forming the spice Saffron. Saffron gives a bright yellow color to the dishes it is used in.

This mainly comes from a carotenoid pigment present inside it called crocin. It also contains chemicals like picrocrocin and safranal. The hay-like taste of Saffron results from the presence of these two chemicals.

Saffron is used as a spice and food color all over the world. Almost 90% of the worlds total saffron is produced by Iran. 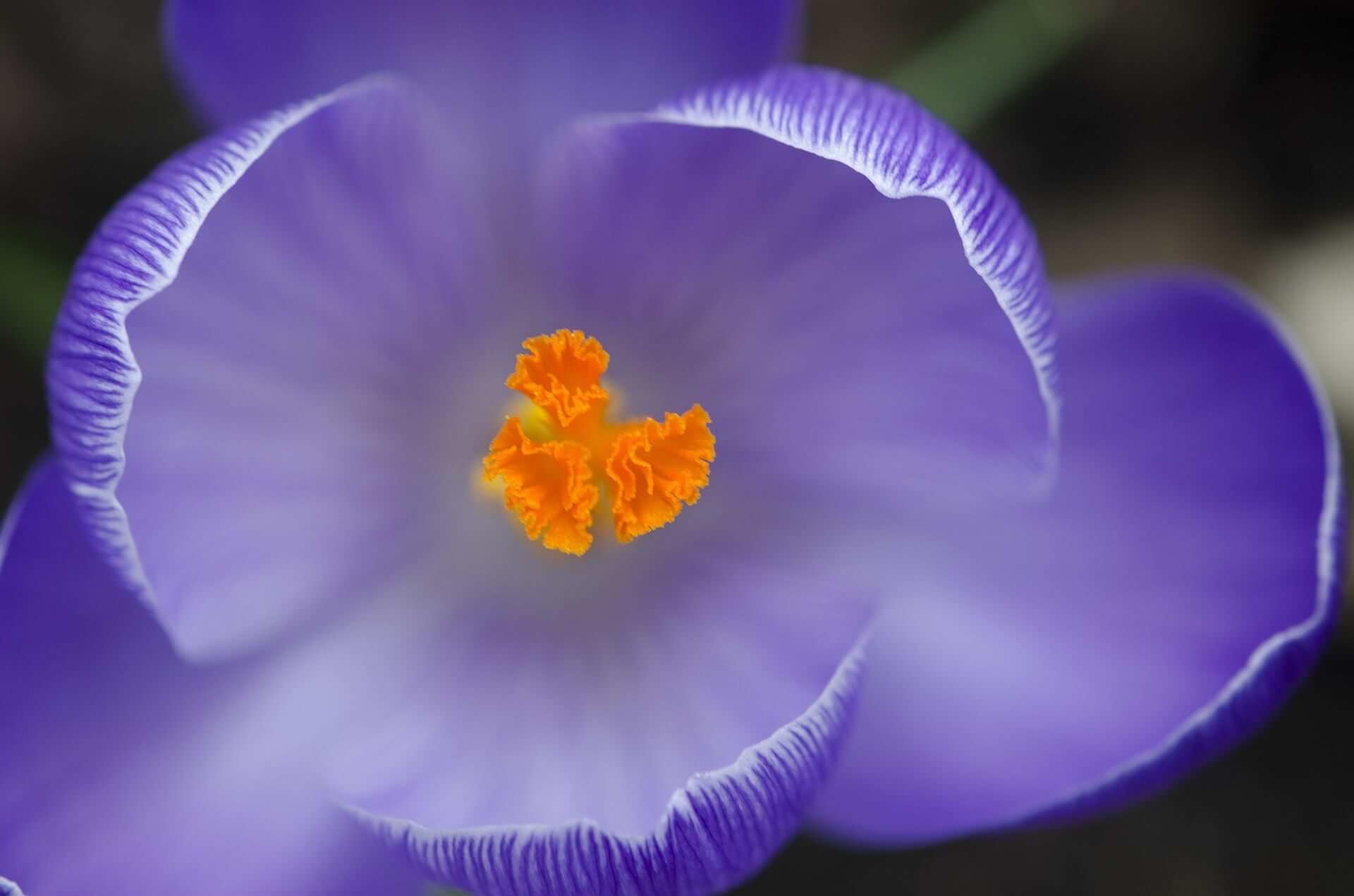 The Crocus Flower thrives in the areas of Mediterranean maquis. It is mostly grown in lands with dry summer breezes, but It can also withstand cold temperature as low as -10°. Crocus shows the best growth while basking in bright sunshine. They only flower in mid-autumn.

The stigmas are collected and dried up instantly. Then they are sealed in airtight containers. They are then provided to the market, and eventually, they reach us.

Saffron does not have a wide variety of species like other plants. There is just one type of Saffron. However, its looks and taste can alter, depending on the way it is cultivated. In the earlier history, saffron was sold after adulteration (addition of impurity), but later this was banned by the government.

According to geography, some varieties of Saffron are: 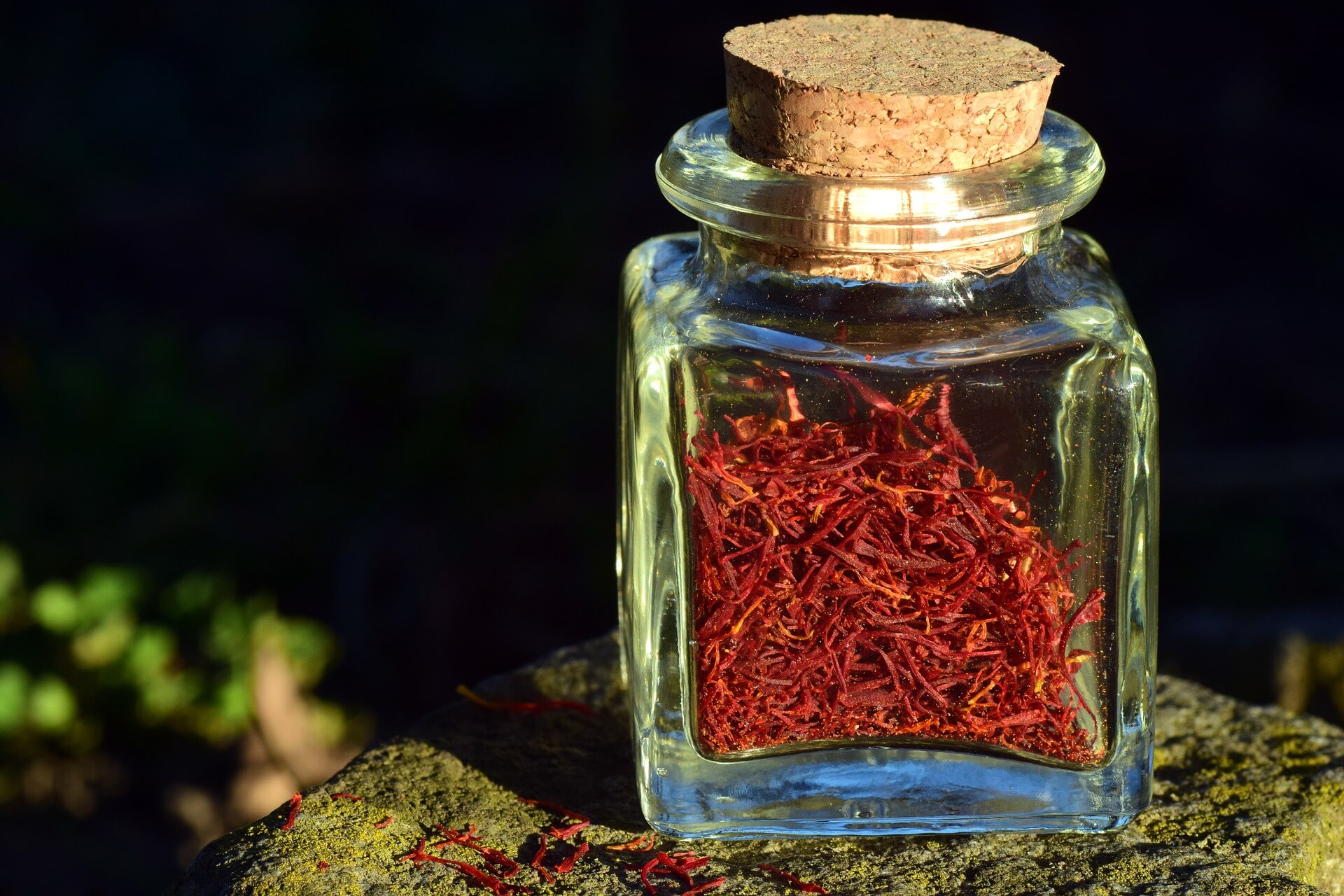 Why Is It So Expensive?

A single flower of crocus yields 30mg of fresh saffron on an average. So, for 1g of saffron, almost 150 flowers are required. Moreover, a significant amount of labor is needed because they need to be harvested by hand. When taking its large amounts into account, we get to know that it is a lot of labor and time investment.
Hence making this spice delicate and expensive. 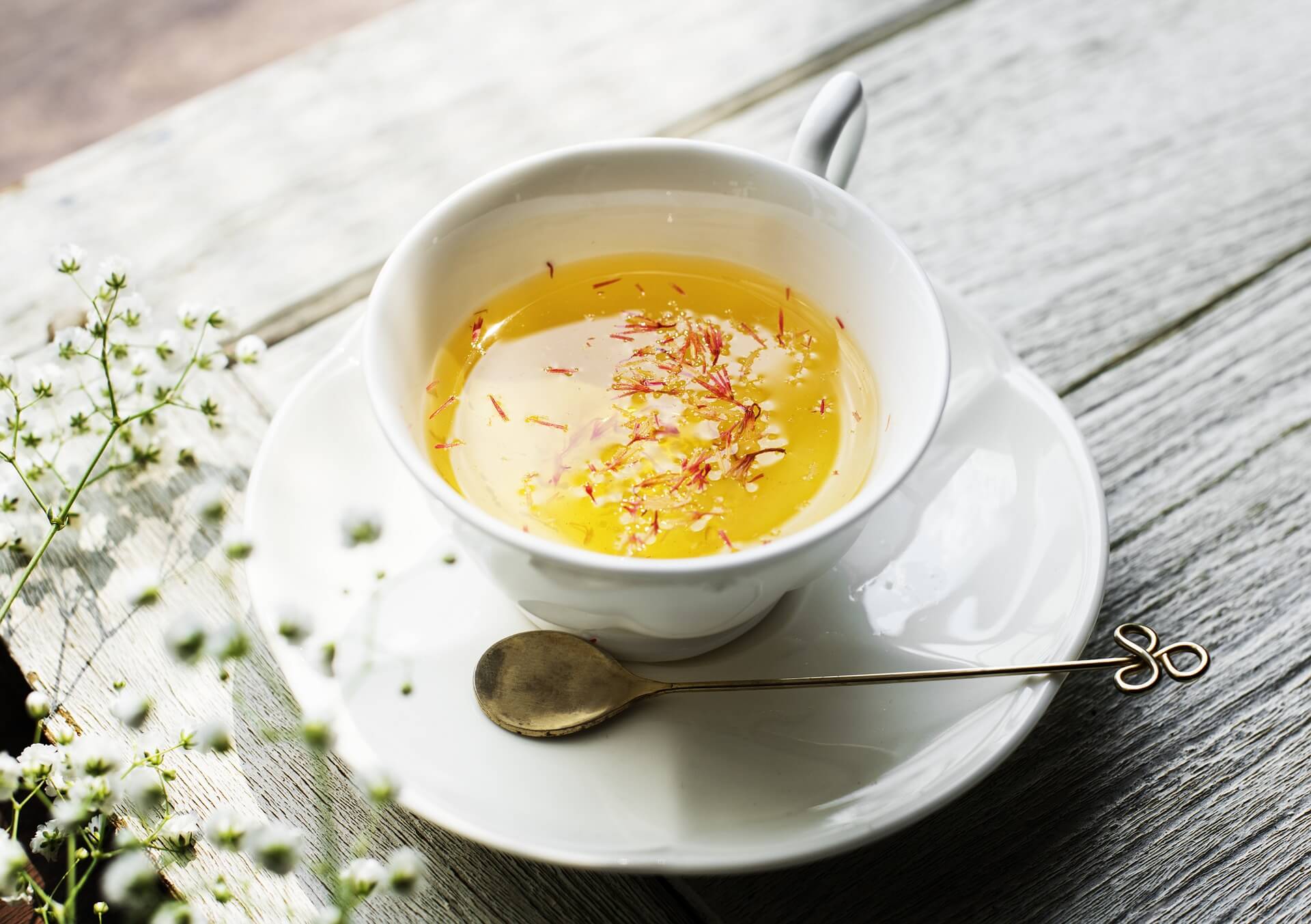 For the best answer, it is recommended that you actually try it. Don't go putting too many threads in your mouth. Just try a pinch powder or a few threads. The flavor itself is described as being subtle. Some say it has a hay-like aroma and flavor. Others disagree and compare it to honey. Its a bit hard to get to know it that way, but you can also try it in a cuisine. Try paella and bouillabaisse for an idea of the taste. 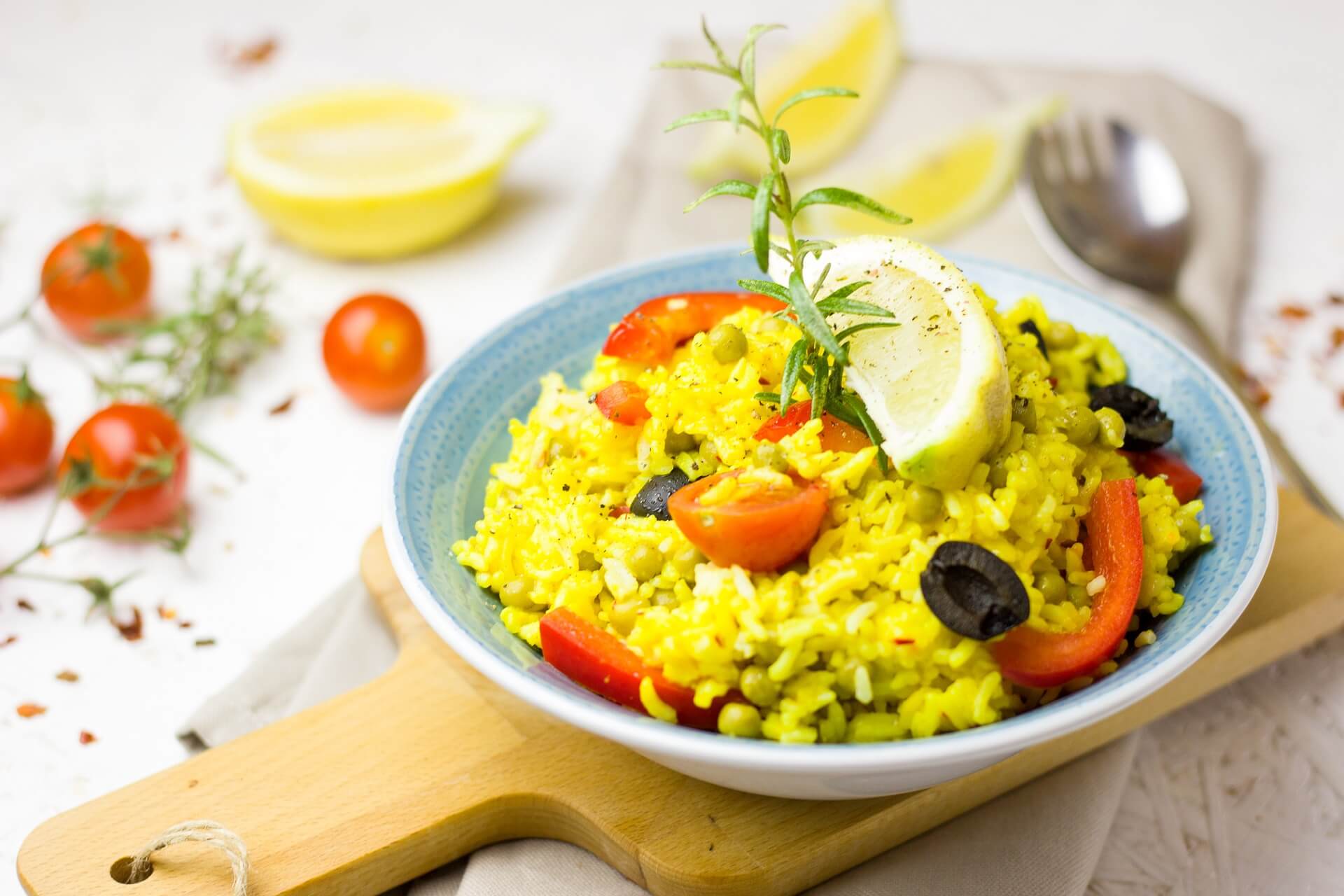 Saffron As A Food Ingredient

Saffron is a very precious ingredient. But, you don't have to actually empty your pockets for enjoying one of its dishes. A very little amount of Saffron is enough for bringing out the taste and aroma you desire.

It serves as a garnish, and as an ingredient in many international cuisines. It is specifically used in Indian Biryani where it imparts a golden-yellow color to the rice. It is also used in the Persian dish Sholeh Zard, a rice pudding. Saffron goes well with many citrus fruits, cinnamon, cardamom, vinegar, honey, milk, and cream.

Saffron is used as a food colorant in cheeses and seafood. It has been long used as herbal medicine, in baking, and in making liquor.

It is one of the main ingredients in the dish Paella Valencia. It is said that saffron tastes like hay, with a hint of slight bitterness. Saffron basically is unique and has no substitutes. However, turmeric or diluted saffron using safflower is sometimes used in its stead. They mimic the golden yellow color quite well, but they have their own flavors.

Some other famous dishes in which saffron is used are:

When buying saffron, you'll find it in two types of packages. The threads, and the powdered version. The powdered version does not give a very strong aroma and flavor, therefore, it is best to go with the dried stigmas instead.

Saffron will quickly lose its scent and taste if exposed to air. Thus prefer air-tight packs. The true flavor of Saffron takes time to surface. So before using it, soak the threads in water for some time. This will make its flavor and color come out nicely. You can use this water and prepare your food.

Since it needs time for its flavor, it is best suited for cuisines which take time to develop. If that cannot be done, soak the stigmas for at least 10 minutes before use.

Saffron is known for its carminative and blood flow regulating properties. It was used by Europeans in the treatment of many respiratory diseases and cancer. Some other uses include treatment for heart diseases, insomnia and stomach disorders. It was also used as an antidote for poisoning by Persians and Egyptians.

As mentioned before, Saffron imparts its own orange, golden-yellow color to the dish its added in. This specific property helped saffron make its entrance to the textile world. Despite being the most expensive condiment in the world, it is widely used in textile in India and China. The vibrant orange color is unstable and eventually grows pale by time.

In very high concentrations its gives a bright shade of red. It was mostly used in color dyes for high ranking people like Buddhist monks and nobles. The color ranging from crimson to yellow.

Saffron is also used to stain slides containing collagen. It was also used in perfumery, mainly as applied fragrance to the hair.

So, now you know what saffron is. You also know some of its history and early uses. You also have the complete information you need to use this condiment in your recipe. So, its time to get up and give this ingredient a shot. Explore a new taste and a unique range of cuisines. And don't forget to tell us about your experience. 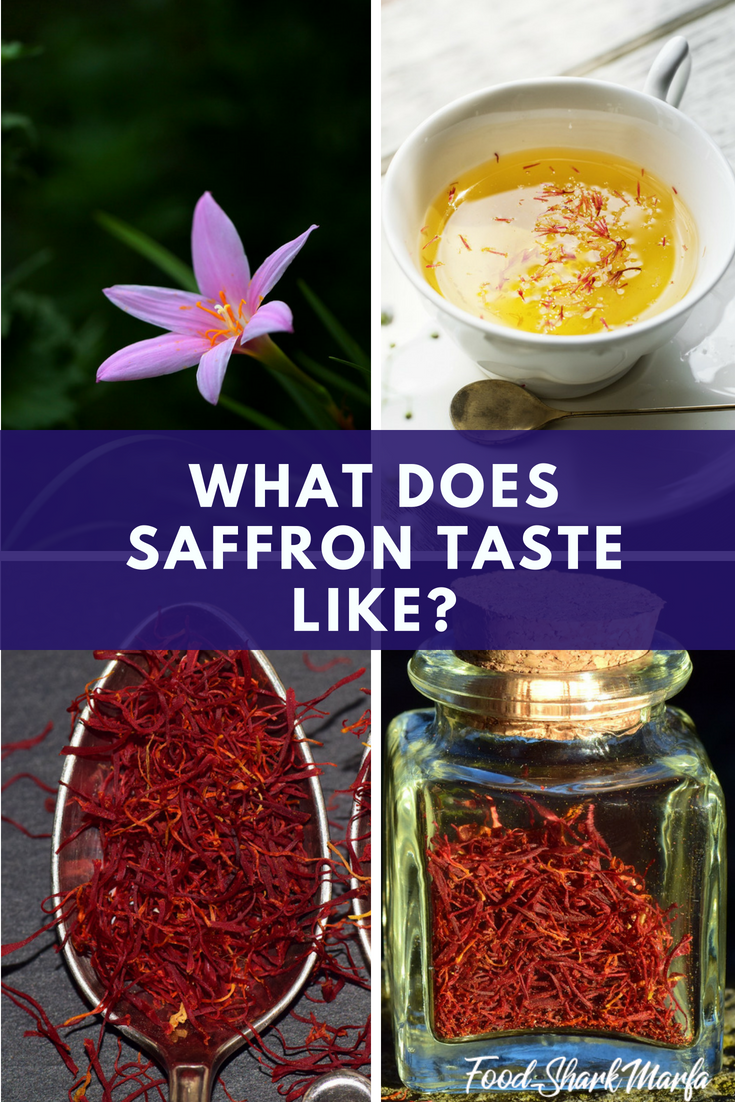