Salt is an essential ingredient in savory and many sweet recipes and nowadays, more recipes require the use of kosher salt instead of regular table salt. If you do not have any kosher salt for that new recipe and want to know if you can use a different type of salt instead, then yes, you can substitute kosher salt with salts such as sea salt, table salt or pickling salt, but you will need consider the taste, texture and sodium content of other salts. You may also need to use a different quantity of a substitute salt in place of kosher salt.

As well as flavoring for food and a way of balancing salt and sour, salt is also a food preservative. Salt is composed of the elements sodium (Na) and chlorine (Cl) and salt is needed by the body to transmit electrical impulses in our brain and nervous system.

In terms of the chemical composition, all salts are the same, it is the source of the salt and how much it has been processed which gives different flavors, shapes and usage. Salt can come from evaporating sea water or salt mines and other sources but originally, all salt has come from the sea. 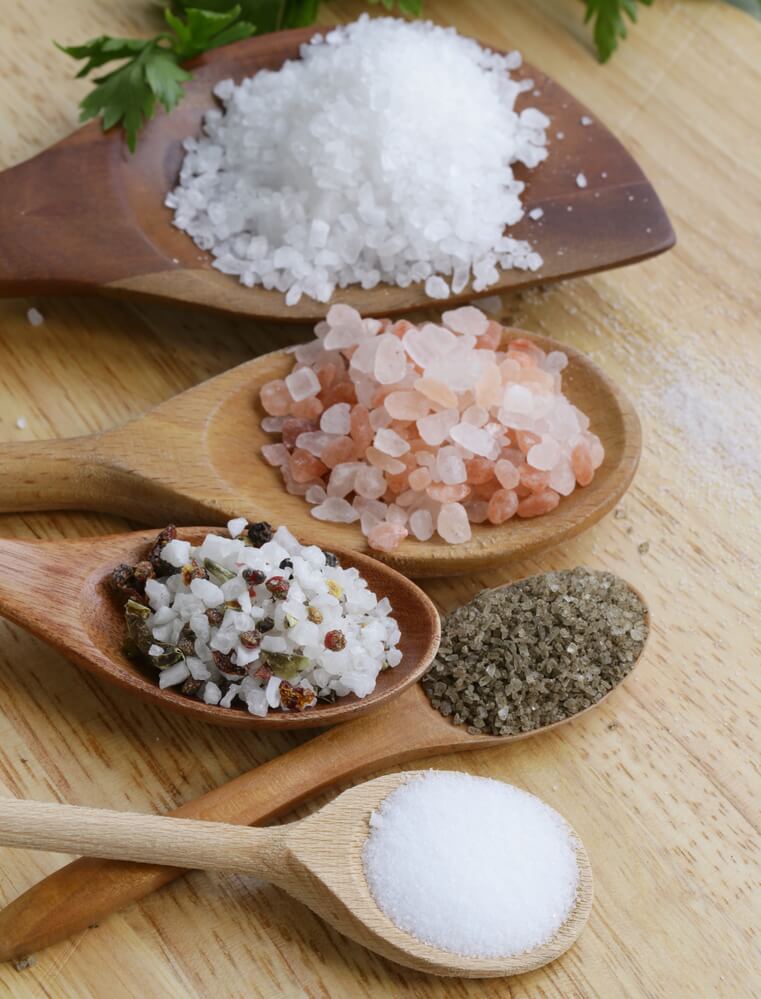 What is Kosher Salt?

Kosher salt is a coarse salt made from large crystals which are irregularly shaped. The crystals can have a pyramid or a flat structure depending on the producer. You may be able to find a fine kosher salt for using in some recipes if you find it too coarse, as grinding kosher salt at home in a grinder will not always give you a consistent output.

Because kosher crystals are large, they do not permeate food as well as table salt does but its brighter flavor can help bring out flavors of other ingredients. The larger crystals also give more of a flavor burst when they hit the tongue and this flavor lasts for longer. Kosher salt is also used as a finishing salt when dishes are served.

Kosher salt is not always salt that is kosher because any salt can be kosher if produced under kosher supervision. Kosher salt is more strictly a koshering salt. Historically, large grains of salt were used to remove blood from meat (‘kasher’ it) as they were easy to wash from the surface of the meat without leaving too much salty taste behind. Ancient Israel was the best source for this type of salt, which is why Israel became a key salt trader.

Due to large numbers of Eastern European Jewish immigrants coming into the US in the late nineteenth and early twentieth century who still needed to prepare meats at home, producers began to market products specifically to these immigrants. At the same time, foods such as salts were moving away from being sold loose by the pound to being boxed and some salt producers began to label their boxes as Kosher Salt rather than Koshering Salt.

Eventually in the 1960s, kosher salt started to be used outside of Jewish communities by professional chefs as they discovered its qualities. As more cooking shows became televised, dipping into a bowl of kosher salt was also more visually appealing than using a salt shaker!

Because of its larger crystals, it is easy to grab a couple of pinches of kosher salt when cooking, instead of needing to measure it out or cause clumping by shaking the salt shaker over a hot pan. It is also easy to see where you have added salt, such as in a rub, or where you may need to add a little more.

There are two main brands of kosher salt in the US and it is important to know that Morton is a finer kosher, so to be safe, you may want to weigh out kosher salt when using it rather than relying on a measure. Because crystals can vary in size across kosher salt brands, it can also make one kosher salt taste saltier than another. Most producers offer information on how much of their salt to use in place of other salts.

Kosher salt does not contain iodine which can add a bitter taste to some foods. If you usually eat a healthy diet with plenty of vegetables and fruits, it is likely you will get your iodine requirement from your diet, in which case, the lack of iodine in kosher salt is not an issue. Kosher salt is often lower in sodium than table salt but do check nutrition labels for confirmation.

What to Consider Before Substituting Kosher Salt

For the kosher salt substitutes listed below, we have detailed spoon measurements, but, as one type of salt can weigh more or less than another, it is better to weigh with an accurate scale if the actual weight, rather than just the measure, is given in the recipe.

Also consider the differences in sodium levels between salts as in larger quantities, this may affect the taste. Sodium content is published on the nutrition label.

As with any substitutes, where you can, take the approach of adding less as it’s easy to add more if needed. Be careful if making yeast recipes or other baked goods though as you will need to be as accurate in your substitution as you can be. 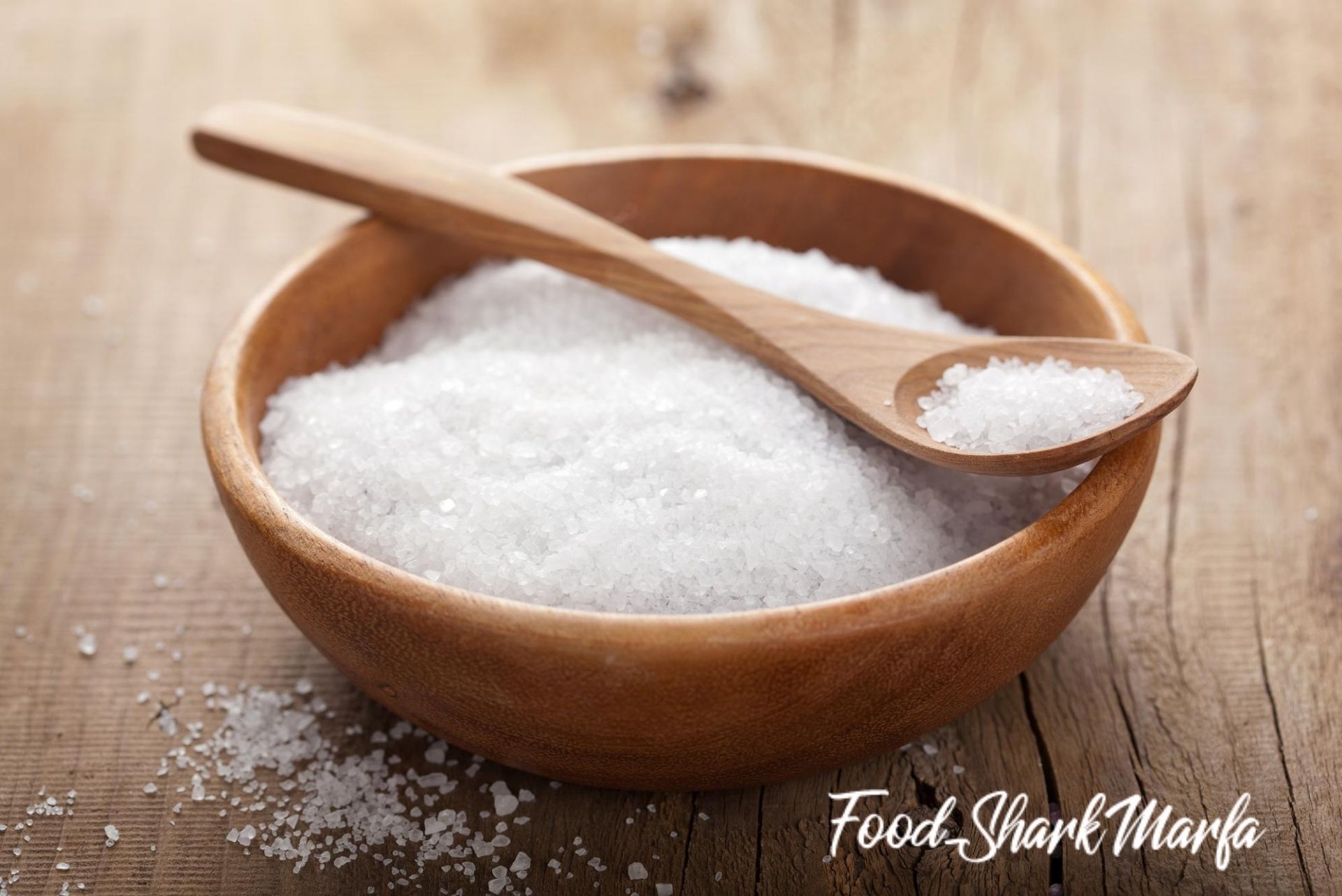 Sea salt comes from the sea or salt lakes and sea salt can have a different mineral and micronutrient composition and subtle flavors depending on where in the world it is sourced and how much it is processed. Generally, a darker colored sea salt contains more trace nutrients like iron and potassium but also impurities such as heavy metals from contaminated oceans. Sea salt can also contain microplastics.

When substituting a fine sea salt for kosher salt, use a little more than required.

Avoid adding a rough ground sea salt into a dish as it will taste crunchy – always use this type as a finishing salt.

Table salt is often used in recipes, especially for yeast recipes as it helps yeast to activate and grow and strengthens the gluten bonds. Table salt does not have as much flavor as kosher salt or sea salt. 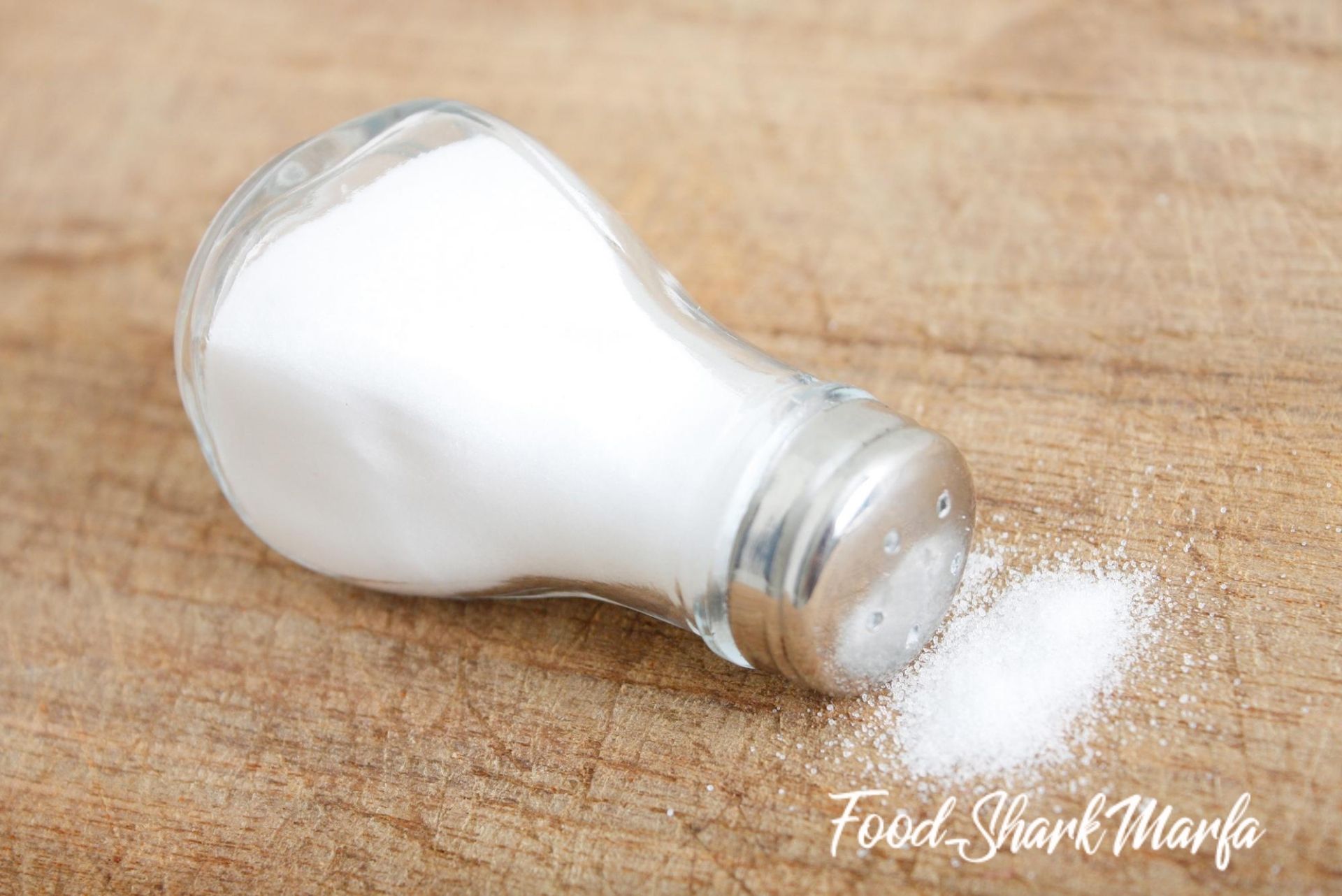 If you replace kosher salt with table salt then you need to use less, unless a small amount is required.

Like kosher salt, pickling salt does not contain any extra additives or iodine. As pickling salt is very finely ground – to allow it to dissolve quickly in brine – pickling salt can only be used as a kosher salt substitute where the recipe does not need crunch and it will not matter that the salt dissolves quickly. 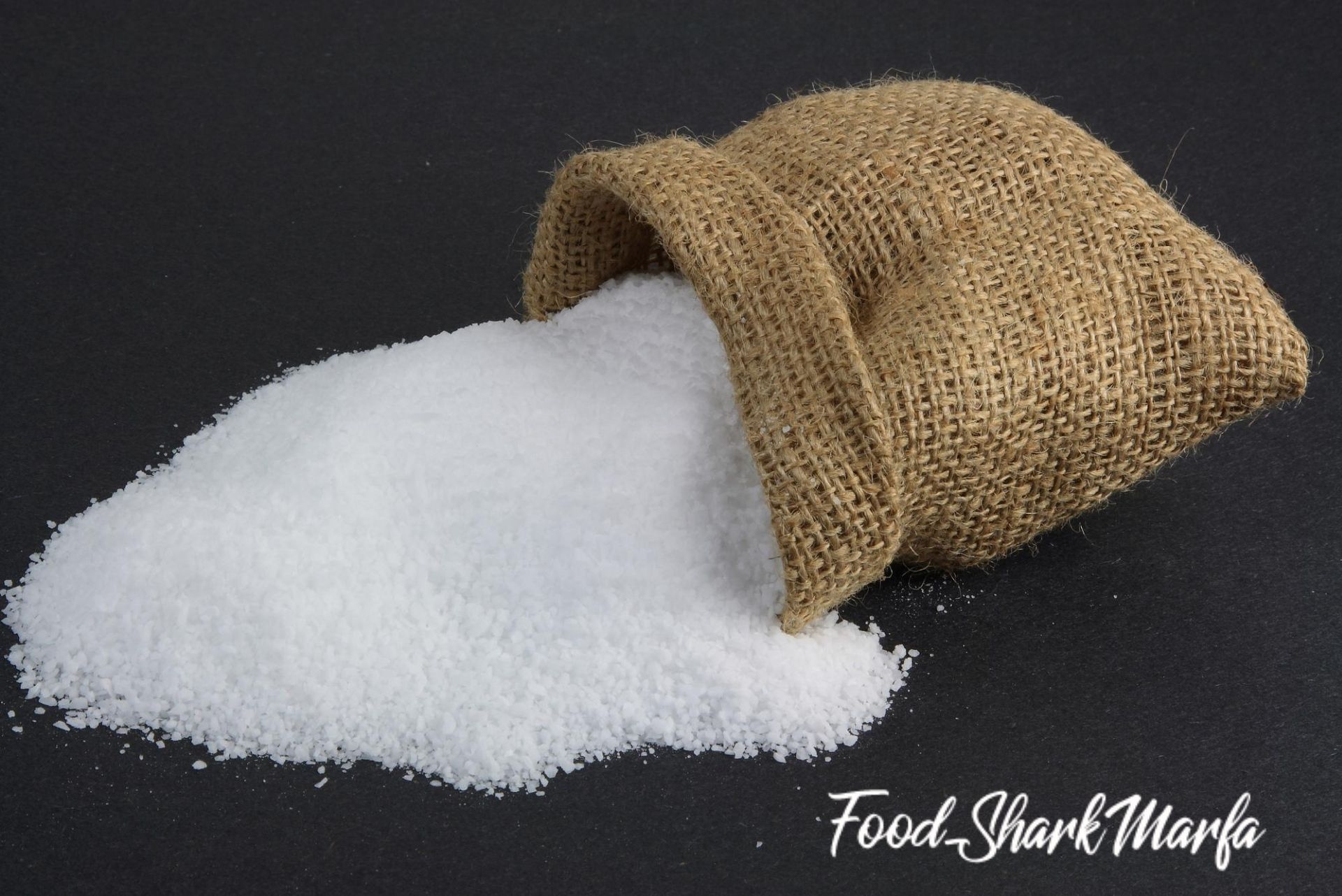 Another upcoming salt contender, Himalayan pink salt is a large grained salt that contains trace amounts of iron oxide (rust) to give it its characteristic pink color.

Sourced from the Khewra Salt Mine in Pakistan, Himalayan pink salt also contains potassium, magnesium and calcium which not only give it the salt a subtle flavor difference but overall means it is lower in sodium than other types of salt. 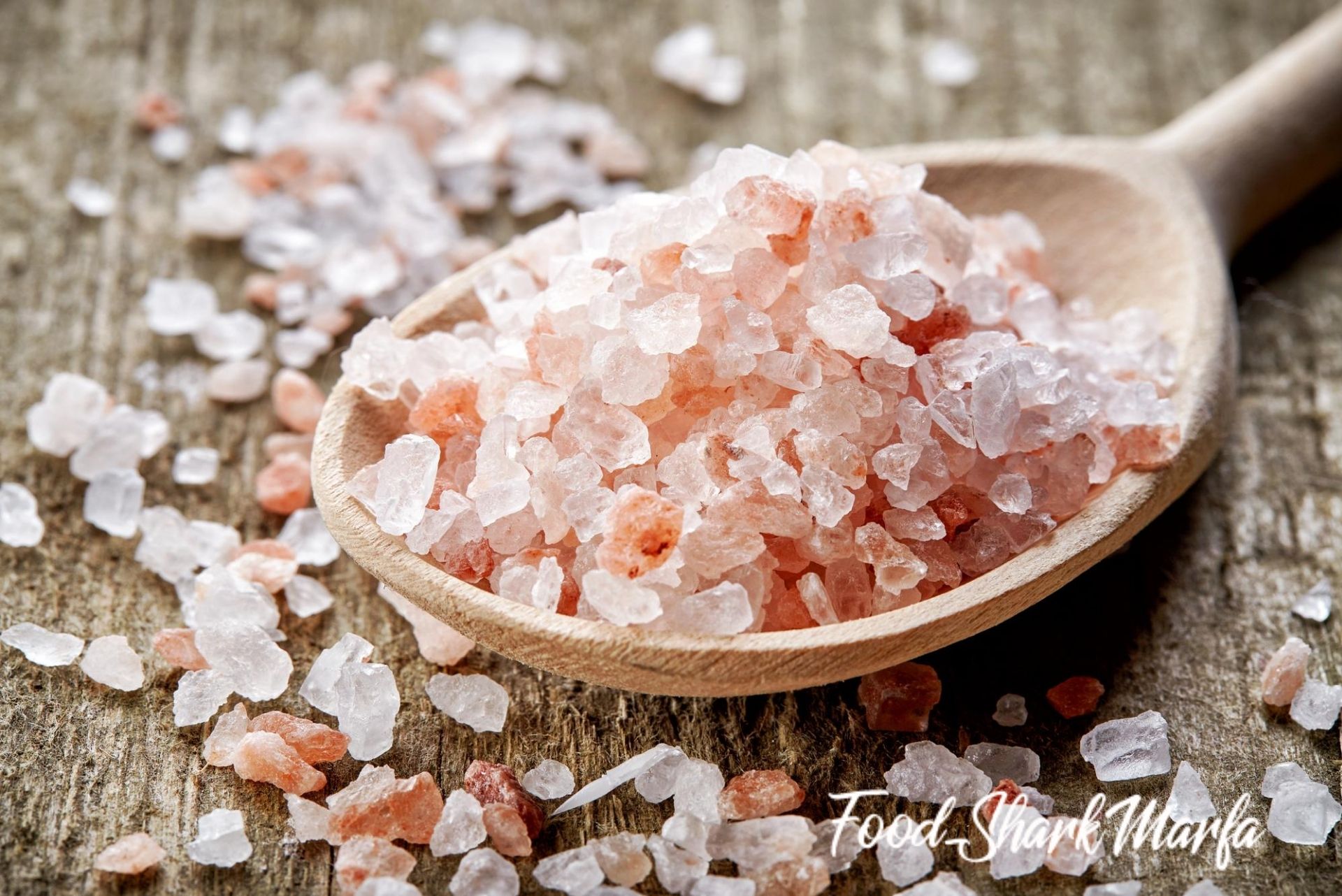 Because of its lower sodium content, Himalayan pink salt is not a straightforward substitute for kosher salt when cooking, but its color and large crystals make it appealing as a substitute finishing salt.

As we have seen in this post, yes you can substitute kosher salt in dishes, but as different salts contain different amounts of sodium, have different textures and even taste, you need to make sure you use the right amount of the substitute in the right recipes. Using a fine sea salt in recipes and coarse sea salt for finishing, is usually the best substitute for kosher salt.