Fontina cheese is one of many cheeses that originated from Italy. It is made from the milk of red-pied Valdostana cows that can be found in the meadows of the Italian Aosta Valley. Fontina is a creamy and rich cheese, it is incredibly sweet and has a sharp aroma. It also features buttery tones of roasted nuts as the cheese lingers and melts in your mouth. Fontina is typically made from unpasteurized milk with a semi-hard texture, and features a smooth and adorned texture along with small holes in its body.

The caves and crevices in the mountains that surround the meadows of Aosta valleys enables the Fontina cheese to age with the ideal low temperature, which gives the cheese a dense and open interior. Fontina cheese also has the amazing ability to absorb the naturally filtered moisture that is produced from the caverns, which then gives it its original aroma and nuances which make it so distinct from other cheeses.

Though Fontina originated from Italy, there are other versions of the cheese such as Danish and Swedish Fontina cheese. These variants can be described with their sweet and savory flavor, and can be distinguished by their waxed rinds.

The best of the best Fontina cheese is made up in the mountains of Valley d’Aosta. From its hilly pastures, the milk will be directly delivered to the creamery, wherein large cauldrons made from copper will be filled with milk and heated. Calf rennet, an enzyme used to speed up the coagulation of milk, is added, and curd is produced as a result. Once it is firm, it will be drained and separated using a cheesecloth, then it will be placed in wheel-shaped molds. The wheel will be brined for about two months before being ready to undergo an aging process in the caverns of Valley d'Aosta.

The making of Fontina takes pure skill and craftsmanship; it is made by salting, turning, and brushing it every other day. After that, it will go on with the maturing stage for three long months before officially being given the name Fontina. The good thing about this cheese is that no preservatives of any kind are used during its production. In addition, Fontina is 100% free from gluten. Most versions of Fontina do not contain any food additives of any kind, making it a great pick for cheese lovers and health buffs alike.

Aside from having all the attributes and characteristics of a great cheese, Fontina also boasts a multitude of health benefits, including the following:

Even with the delicious nutty, creamy flavor and the sharp aroma of Fontina cheese, there are still some occasions when one might look for a Fontina substitute. There are a couple of reasons why: First, Fontina cheese can be fairly hard to find in some towns and countries, making a good substitute essential to any Fontina-based dishes.

Second, if one wants to lower their calorie intake, as Fontina contains a high number of calories. And lastly, some people don’t like the smell of Fontina. Its smell gets more intense as the cheese ages, and can put some people off.

Improvisation and experimentation are natural parts of cooking. So why not take the plunge and try out one of our many Fontina substitutes next time you find yourself at a loss on what to replace it with. Here are our top Fontina cheese substitutes for you to try: 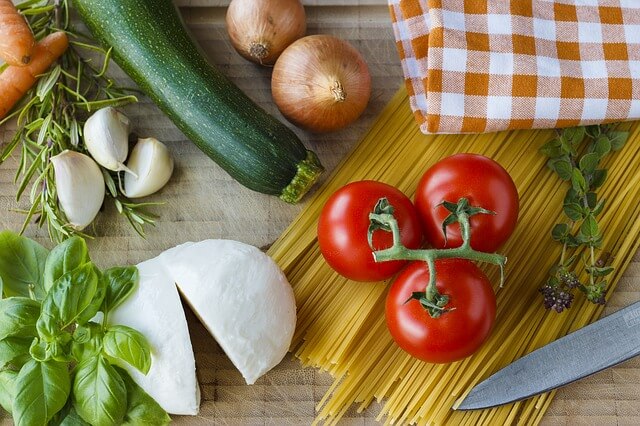 Mozzarella is the type of cheese that goes well with almost any dish, whether in its grated or shredded form. There really aren't many recipes out there that wouldn't benefit from a touch of Mozzarella. There is also another version of Mozzarella cheese called Mozzarella affumicata, which is the smoked version of the cheese, and can be used for soups, lasagna, meat, salads, sandwiches, and pizzas.

Just like Fontina, mozzarella cheese also originated in Italy, and it is also one of the most expensive cheeses you can find. Mozzarella was originally made from water buffalo milk. However, there are now many manufacturers that produce mozzarella from cow's milk, which can be less pricey. One characteristic that makes mozzarella unique from other cheese is that this cheese cannot be aged. Other than its original name, it is also called string cheese, which is connected to how this cheese is made. 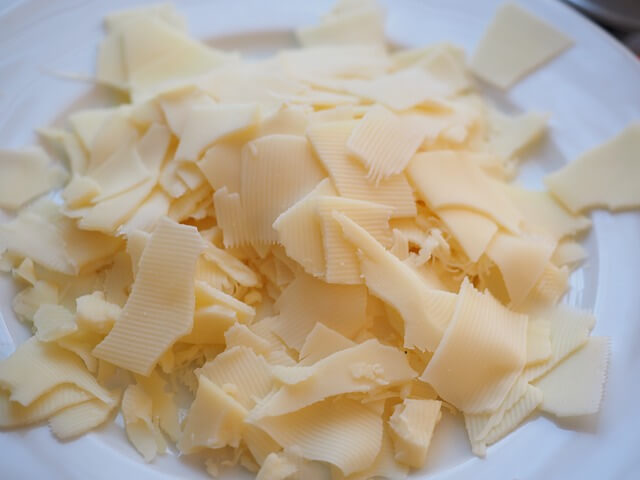 Gouda is the type of cheese that you should look for if you're looking to upgrade the taste of your sauce, wine, or soups. It can be prepared however you like: melted, sliced, grated, or cubed. Gouda is a semi-hard cheese that makes a perfect match for pasta, macaroni, vegetables, sandwiches, salad, and fondues. This cheese is also EU protected, just like Fontina cheese.

Fun fact: the name 'Gouda' actually originates from a place in the Netherlands. Also, unsurprisingly, Gouda is a place where you can find one of the best varieties of cheese out there: Gouda cheese! This cheese is certainly in-demand and highly consumed in many different places across the globe.

There are three ways in which the milk for this cheese is obtained. The first and most common is from cow's milk. The following two are from sheep and goat's milk, which are also both popular choices. Gouda cheese comes in both pasteurized or unpasteurized varieties, so you have plenty of options to choose from!

Havarti is another kind of cheese that is often used for wines and fruits. Havarti can be used in pasta, sandwiches, and macaroni. Some people use Havarti in combination with different kinds of herbs and spices. Havarti can also be used as a spice or base of a sauce.  Friendly tip, you can enjoy Havarti at its best when it is stored at room temperature. It also goes well with savory dishes like tuna and salsa. Havarti can make such dishes even more savory.

Havarti originated from Denmark, and it has a very creamy and rich cheese that melts in your mouth to leave a wonderful taste. There is also another form of Havarti named creamy Havarti. Havarti is often used as a table cheese, just like Fontina.

Havarti can now be considered a staple food in Danish recipes, and it’s becoming more and more popular by the day. As this cheese ages, its hazelnut flavor will develop and grow, enhancing its already delicious taste. 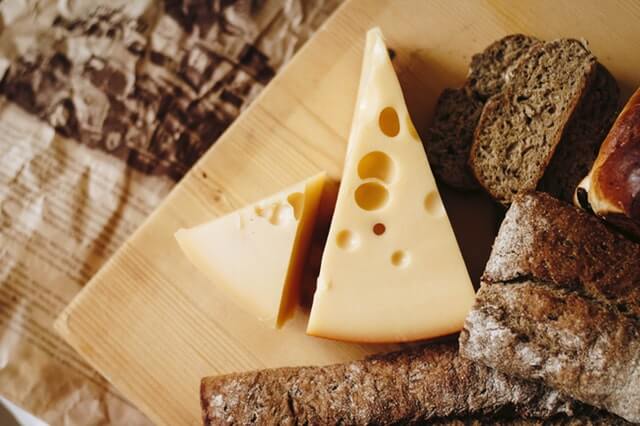 Emmental is a popular cheese for improving and livening up the taste of dishes like grilled sandwiches and sauces. It also features a very nutty characteristic which makes it a great combination to go along with fondues and fruits. It also works well as a soup ingredient, and makes a nice addition to veggies when grated.

Emmental is more commonly known as Swiss cheese. Its scent can be very strong and sharp at times. It is a hard cheese and is made from unpasteurized cow's milk. In terms of flavor, it is acidic and slightly fruity. One distinct characteristic this cheese boasts are its sizeable holes which are carved throughout. 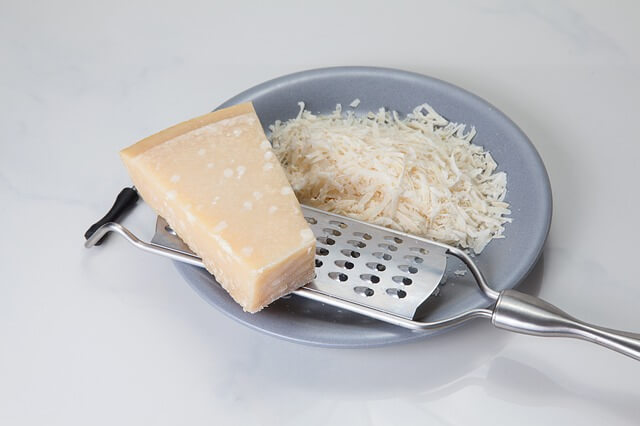 Parmesan cheese is a type of cheese that is widely used for pasta, spaghetti, sandwiches, salads, steamed vegetables, and pizzas. Parmesan is another cheese that you should look for when you want less sodium content. It also serves as a good ingredient for evening dishes, with an ability to smooth out the texture of risottos and soups.

Parmesan is yet another hard cheese that first originated in Italy. It is dense, nutty, and thick, which makes it a perfect substitute for Fontina cheese.

Provolone is a great cheese to use in soup and pasta dishes, and it is even commonly used as a salad dressing. Provolone also works super well in combination with manicotti shell, which is a pasta recipe, and many other pasta recipes.

This cheese also has a sharp taste of Italian cheese, much like Fontina which makes Provolone a good substitute for it. You can also purchase this cheese in different kinds of shape. The most common shape that you will see from stores is the pear-shaped provolone. In color, this cheese has a shade of light yellow. Provolone could be used either as a grating cheese or could be used for cooking, depending on your call.

This cheese is an Italian cheese that is semi-firm in texture, and it has a quite of mild taste. Melted provolone has a very smooth texture, and it is commonly used for sandwiches or pasta. Provolone is not just a delicious cheese, but it also provides many important nutrients and minerals.

However, you should also consider that Provolone contains saturated fat and sodium. Though Provolone is a delicious cheese, keep in mind to eat it in moderation to maintain a healthy diet. Too much saturated fat can lead to diseases like high blood pressure, heart disease, and stroke.

Cheese is indeed a source of fat, but it's hard to deny the fact that it is a delicious and nutritious ingredient for a lot of dishes, which is why you should always keep in mind to control the amount of cheese that you consume. Anything that is taken excessively could be harmful, so remember to be responsible and manage your diet responsibly.