Often found next to each other on the grocery store shelf and together in a wide range of recipes, many of us could be forgiven for thinking that these two herbs are the same.

However, as we shall see in this post, although cumin and coriander are both seeds with intense and concentrated flavors which pair together well in many recipes, each herb has its own distinctive flavor. 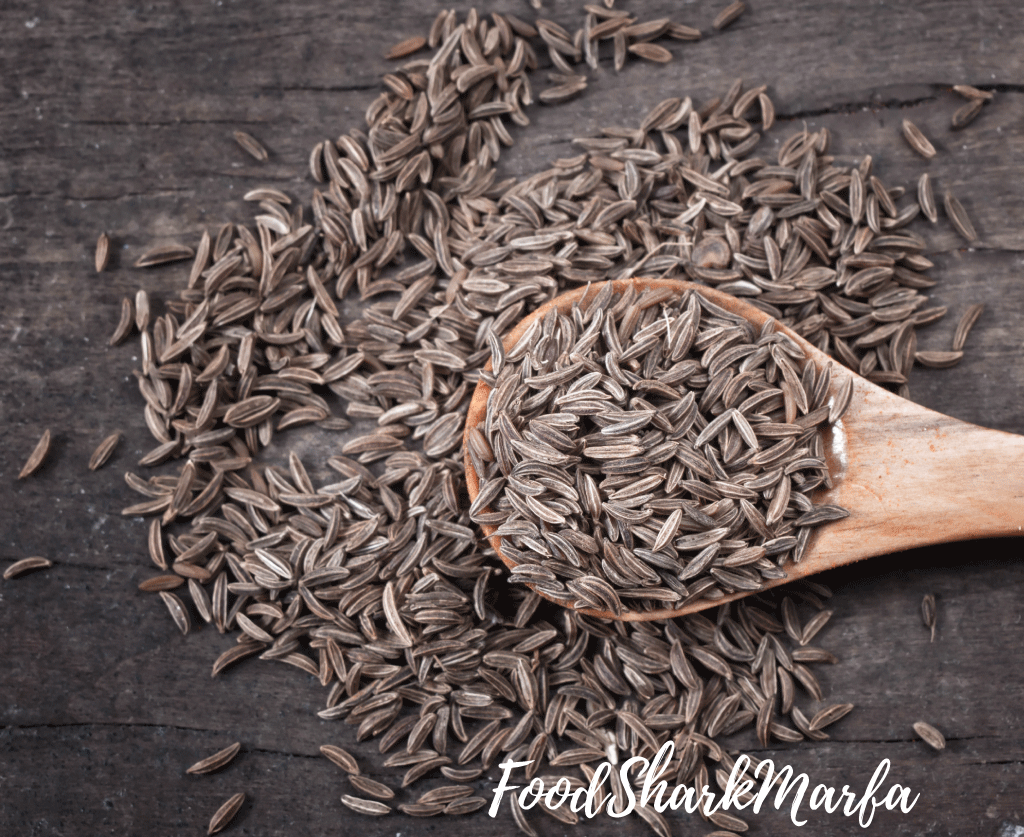 Read on to learn more about each herb, how each is used in cooking and what benefits they may offer to our health and wellbeing. I then look in greater detail at the actual similarities and differences between cumin and coriander, including the nutritional value of each.

Exactly What is Cumin and How Is It Used?

Cumin is usually only used in its seed or ground seed form in cooking, although other parts of the cumin plant may be used in traditional remedies. Rarely, fresh cumin leaves may be found in specialty stores and these have a tangy and light flavor that go well in green salads.

Cumin seeds come from the Cuminum cyminum plant, a native South Asian and East Mediterranean plant which belongs to the Apiaceae family; the same family as carrots and celery as well as other herbs such as parsley, caraway, angelica, chervil, dill and more.

Cumin is used within spice blends, powders and masalas in many cuisines, including Middle Eastern, Southeast Asian, African, Latin and South American foods. Cumin came to the Americas with New World settlers from Spain and Portugal and from there, cumin became as popular in Latin American spice, chili and curry blends as it already was in other parts of the world.

When using whole cumin seeds, they are best toasted to bring out the flavor and for a quick garnish, you may want to try adding some toasted cumin seeds to cooked onions to use as a topper for soups and other recipes.

Ground cumin and whole cumin seeds are readily available in grocery stores, sold in their dried form for a better shelf life and stronger flavor. If you visit a specialty store, cumin may also be found under the name jeera, which is the Hindi word for cumin. Once you buy ground cumin, it should be stored in an airtight container in a cool and dark place as it will start to lose its flavor quickly – only staying at its best for around six months. Whole cumin seeds do keep for around 12 months, so if you are able to buy whole seeds and grind them yourself as you need them, it does mean you can keep cumin around for longer. 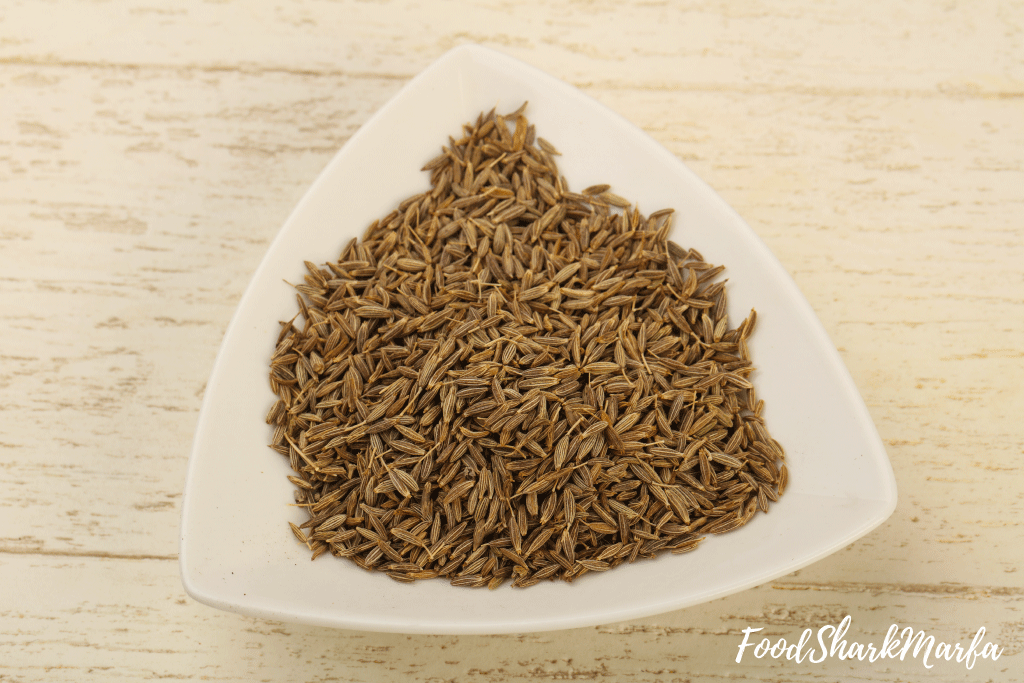 As with many herbs, there may be some benefits from regularly consuming cumin. It has been linked to supporting weight management, with a couple of studies showing that overweight adults were able to lose weight with cumin supplementation. In one of the studies, there were three groups of people who took cumin, weight loss medication or a placebo. The study found that the group who consumed cumin lost a significant amount of weight, along with the group who were taking the weight loss medication.

The cumin also appeared to have a positive effect on cholesterol and blood sugar levels, although further research into the use of cumin for diabetes has to date had mixed results.

What is Coriander and Does It Taste the Same as Cilantro?

Also called cilantro or Chinese parsley, coriander is the name given to the seeds of the cilantro (Coriandrum sativum) plant, a herb that belongs to the Apiaceae family – the same as cumin.

Unlike cumin, all parts of the cilantro plant are used in cooking, with the leaves and stems known as cilantro being sold fresh – sometimes with the roots attached which can also be cooked -  and the seeds, whole or ground, are known as coriander. In some parts of the world, cilantro is also called coriander, which can be confusing when trying out new recipes! 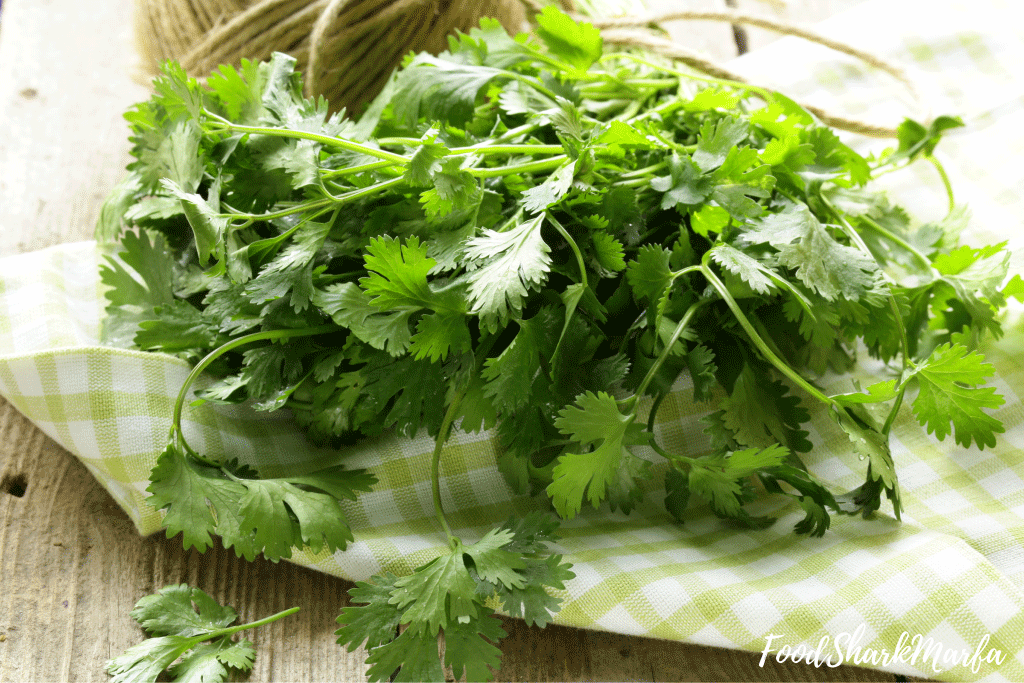 Cilantro and coriander have different flavors and so are used in different ways in the kitchen. Cilantro is common in South American, Vietnamese, Thai and Indian cuisines, where its bold and assertive flavor comes through, while the earthier and slightly sweet coriander is a mainstay of Mexican, Latin American and Indian dishes.

Coriander is readily available in local grocery stores, in both whole and ground form, but be aware that if you buy ground coriander, it loses its flavor faster than the whole seeds and is only at its best for around one year. As coriander seeds stay fresh for a few years, it can be worth buying whole seeds and grinding them yourself, with a pestle and mortar, spice grinder or food processor.

Whole coriander seeds can be fried in a dry skillet or toasted before grinding, as the heat acts to concentrate the volatile oils in the seeds and bring out the flavor. Whichever form you buy your coriander in, it should always be kept in an airtight container in a cool and dark place.

Otherwise, like cumin, coriander, on its own, or with other herbs or spices, can be added to roasted vegetables and lentils, or whole coriander seeds can be used in baked goods or pickled vegetables.

Coriander has also been linked with improved cardiovascular health for several reasons. First is that coriander seems to function as a diuretic, removing excess water and sodium from the body and by doing this, it lowers blood pressure. Second is that in animals, coriander seeds can increase HDL (‘good’) cholesterol and lower LDL (‘bad’) cholesterol levels. Finally, consuming coriander and other pungent herbs and spices can lead to a natural reduction in sodium intake as the extra salt is not needed to add flavor to the food.

Coriander contains antioxidants that are known to combat the effects of inflammation in the body. As inflammation is involved in many conditions, not least, heart disease, cancer, diabetes, Alzheimer’s disease and Parkinson’s disease, it may be that coriander can be beneficial alongside treatments and lifestyle management of these and other disorders.

Differences and Similarities Between Cumin and Coriander

In the previous sections, I have looked at the two herbs separately, but in this section, I look at the differences and similarities between the two in more detail.

In terms of appearance, when you look at the seeds, you will see that whole coriander seeds are rounded and usually bright brown to yellow color and once ground, it retains the same coloring.

In comparison, whole cumin seeds are mid-brown and stripy as well as being narrow, elongated and with curved sides. Once ground, cumin is mid-brown in color.

In terms of flavor, coriander has some earthiness and heat, but it also has sweetness and brightness and although cumin has some heat and earthy flavors, along with smoky notes, it also has a bitterness that can linger in the mouth.

The flavor of cumin is also more distinctive and noticeable than coriander when the two are used together. This is why you need to take care when trying out different blends of seasonings as although cumin and coriander go together very well – complement each other - they do have different flavor profiles and one cannot always take the place of another in a recipe.

Cumin and coriander are common in Indian, Mexican, Lebanese, Turkish and many other cuisines and just to show how long they have been around, there is reference to both ancient plants in the Old Testament! 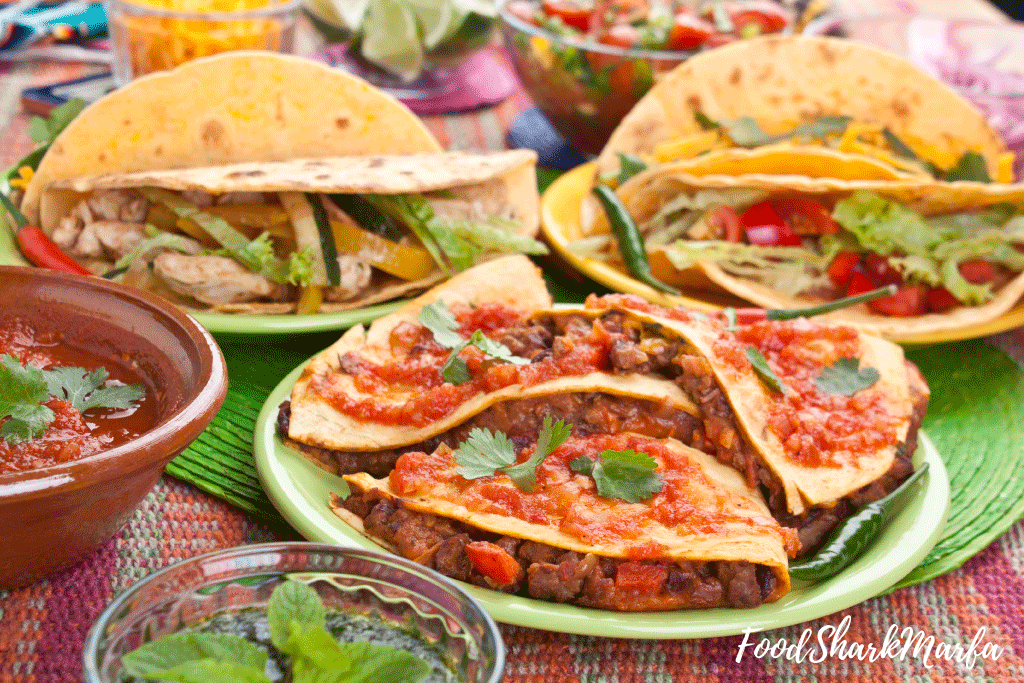 In Indian cuisine, coriander is often used in the masala (spice mix) while cumin is used to temper the dish. Both herbs are found in a range of dishes such as rogan josh, aloo gobi, chana masala, palak paneer and samosas.

In Western cuisines, coriander can sometimes be found in sweet dishes while cumin is used almost exclusively in savory and meat recipes.

If you want to add cumin and coriander to your cooking, you can blend either the seeds or ground seeds of the two in equal amounts and add some to meat rubs or roasted vegetables. You can use some to flavor the water when you are cooking quinoa, rice or couscous or just add a little of the blend to soups, chilis or stews.

When cumin or coriander is used in cooking in a whole seed form, there is a risk of them overwhelming other flavors, which is why most recipes ask for them to be ground. Even when ground though, they can still pack a bit of a punch, so it is always better to add a small amount, taste and add more if required.

Cumin vs Coriander – The Nutrition Stakes

Both cumin and coriander also contain trace amounts of various vitamins, but because these herbs are usually used in such small quantities, the overall impact on our diet is negligible.

Cumin vs Coriander – The Conclusion

Although cumin and coriander are both herbs, the seeds are different colored and shaped, and they have different flavors. Cumin offers heat along with earthy and smoky flavors and a bitterness that can linger, while coriander provides heat with earthiness and some brightness and sweet flavor.

Cumin and coriander pair together well in various cuisines and they are also used separately in other cuisines. It can also be easy to add cumin and coriander to your everyday cooking, spicing up stews, soups, meats, rice, lentils and more.

I hope that you have enjoyed this post and that the information I have provided has helped you to decide whether you should use cumin, coriander, or a blend of the two when you are cooking.

If you would like to leave any comments about this post, feel free to do so in the box below and also feel free to share this post with others who will be interested to learn more about the cumin vs coriander debate.

1 thought on “Cumin vs Coriander: Are They Not the Same?”