If you have ever wanted to know whether anise and licorice are from the same plant because they taste the same, or just why your herbal teas are licorice flavored but contain anise instead of licorice, then read on to learn more.

Both anise and licorice taste of the flavor licorice as they both contain the same flavor compound, but anise (or aniseed) comes from the seeds of the Pimpinella anisum flowering plant while licorice comes from the root of the Glycyrrhiza glabra plant. Licorice is not used much now in the US, not least as it is linked with health issues. Instead, the licorice flavor in black licorice candies, teas and other foods often come from the use of anise.

So Exactly What are Anise and Licorice?

Anise (Pimpinella anisum) is the seeds of a flowering plant native to Southwest Asia and the Mediterranean. Also known as aniseed or common anise, the fruits and seeds of anise is grown as a spice to use as flavoring in foods and popular European alcoholic drinks such as Jägermeister (which also contains licorice), sambuca and ouzo. 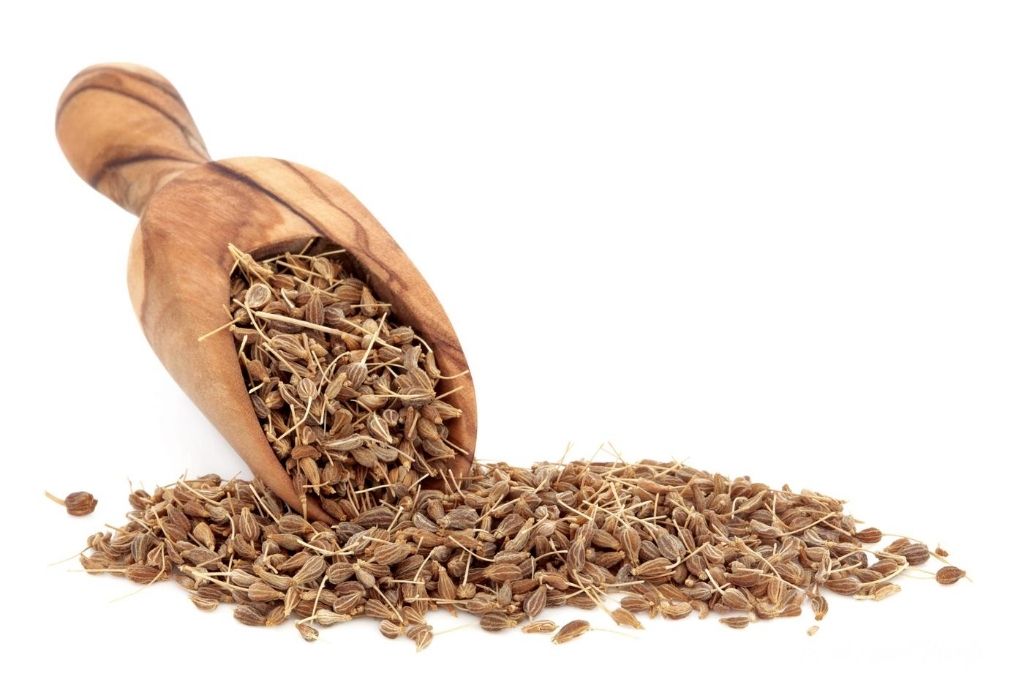 Licorice is a legume, or the root of Glycyrrhiza glabra and may also be packaged as licorice root or included as glycyrrhiza on ingredient lists. Licorice is also the name given to the flavor which is extracted from the root. A plant native to southern Europe, the Middle East and parts of Asia, Glycyrrhiza glabra has been used by many ancient civilizations as medicine for a range of ailments.

By the 13th century, licorice was also being added to European breads and cakes for flavor and sweetness as the glycyrrhizin in licorice is thought to be as much as 50 times sweeter than sugar. Licorice was also brewed into beer which was consumed both as a drink and as medicine! It was during the 17th century, that the modern form of black licorice candy emerged in Holland. 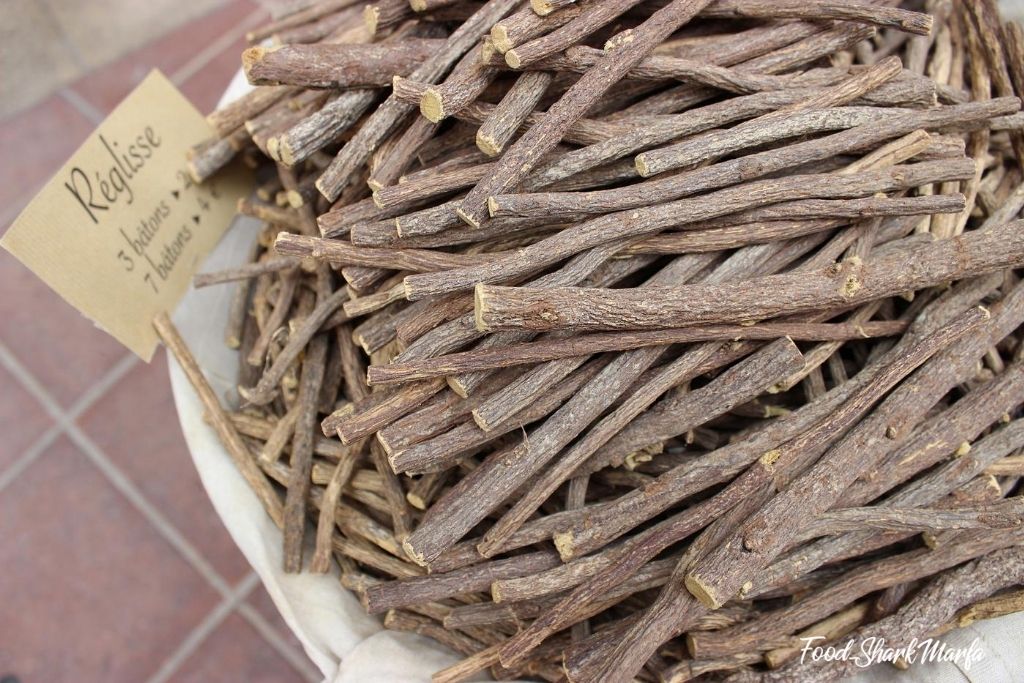 Although black licorice candies and other treats were traditionally made with licorice, nowadays they are usually flavored with anise. Even teas and other foods and drinks that are licorice flavored are often made with anise.

If you ask someone what anise tastes like, they will say it tastes like licorice, or vice versa. If you have yet to try black licorice candies, then you can also try fennel or star anise as a starting point for knowing how anise and licorice actually taste. Although licorice, anise, star anise and fennel are not related to each other as plants, they all contain the anethole flavor compound in varying amounts which is what gives the licorice flavor. The most anethole is in licorice. Licorice has a strong, herbal and bitter flavor with some sweetness and notes of camphor.

Anise is a little sweeter tasting than licorice and has some citrus hints, but it does taste like licorice, although it contains less anethole than licorice. It is also very aromatic.

If you are not keen on the flavor of licorice or anise (or indeed fennel or star anise), you are not alone and in fact, some scientists have suggest that the flavor compound in these has a similar chemistry to artificial sweeteners!

How Is Anise Used?

Anise is common in Mediterranean desserts, cakes and cookies such as biscotti as well as in breads. Sometimes referred to as a herb, but more often as a spice, anise is often paired with other spices such as nutmeg, cinnamon and cardamom. It is also used in alcoholic drinks such as sambuca and adds flavor to poultry, fish and vegetable dishes where it will often be paired with orange. Anise is also common in Middle Eastern, Mexican, Indian and German cuisines and can also be used in some types of pickles.

You can buy anise whole or ground. It will keep fresher if you buy it whole, but for convenience, ground is usually easier.

What Is the Difference Between Anise and Star Anise?

Although these have similar names, anise and star anise are from different plants. Anise (Pimpinella anisum) is from a Mediterranean plant in the parsley family while star anise originally comes from China and the seeds are harvested from the distinctive star shaped pods of an evergreen tree. 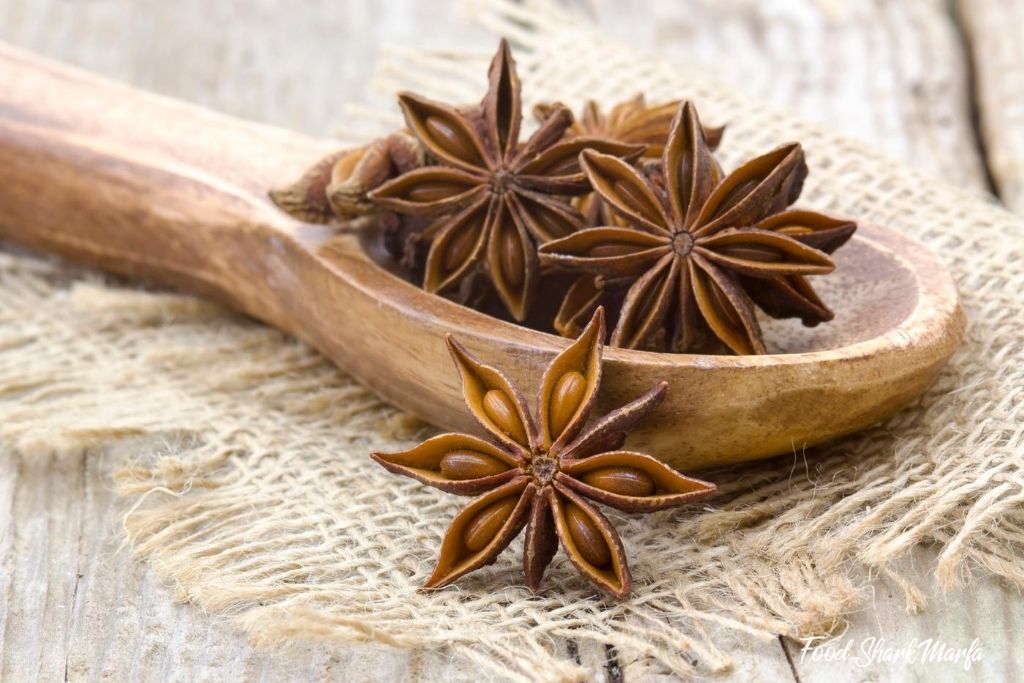 Star anise (Illicium verum) can be used whole or ground and is one of the five spices contained within Chinese five spice and is also used in pho (Vietnamese soup) and as a spice in apple and pumpkin pies.

Cooks will often use anise and star anise as a substitute for each other as they both have licorice flavor, although star anise usually has to be ground before it can be used and it does have a slightly more bitter flavor than anise.

How Do You Use Licorice?

Licorice can be used in sweet recipes such as cakes and candies as well as in savories such as meat rubs and marinades. The flavor of licorice goes well with pork and game birds and it pairs well with ginger and mint. It is also used in Middle Eastern recipes.

Licorice is available woody or as ground powder. It can also be bought as tablets, capsules or extract, which are suitable for using as licorice supplements and licorice extracts can also be used in skin lotions where its antibacterial actions may help with treating skin injuries or conditions such as eczema.

If you are lucky enough to find woody licorice then this can be soaked in water, sauces, custards and more to extract its licorice flavor. Otherwise, ground licorice powder can be added straight to the recipe.

Is Black Licorice a Laxative? 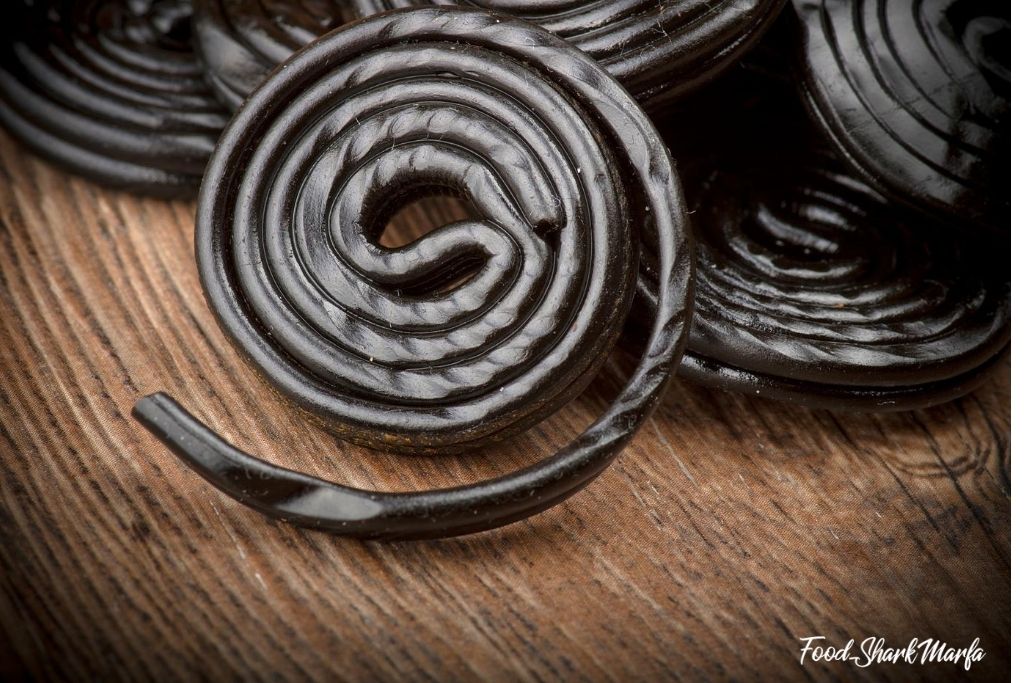 The FDA recommend that whatever our age, we should not consume large quantities of black licorice at any one time and in fact, if we are over the age of 40, if we eat 2 oz of licorice a day for at least two weeks, there is a risk that we may develop arrythmia - an irregular heart rhythm. This is because black licorice contains glycyrrhizin which can cause a decrease in potassium levels in the body. When someone stops eating black licorice, potassium levels usually return to normal.

Eating too much licorice can also cause lethargy, fluid retention or even congestive heart failure as over 20 grams a day of licorice can cause sensitivity to a hormone called aldosterone, which results in a condition called pseudoaldosteronism.

Many foods that are licorice flavored sold in the US contain anise rather than licorice and most licorice root supplements are sold as deglycyrrhizinated licorice (or DGL) which means the glycyrrhizin is removed.

If you want to avoid eating licorice, be careful when buying traditional European licorice candies or other imported black licorice as they may contain licorice root rather than anise. The ingredients will include either licorice or glycyrrhiza if so.

If you do want to consume black licorice regularly through your diet or as a supplement, you should discuss it with your medical professional first.

No, red licorice does not contain licorice or licorice flavor. Red licorice contains flavors such as raspberry, strawberry or cherry but is often made in a similar way and sold in similar shapes to black licorice candies. 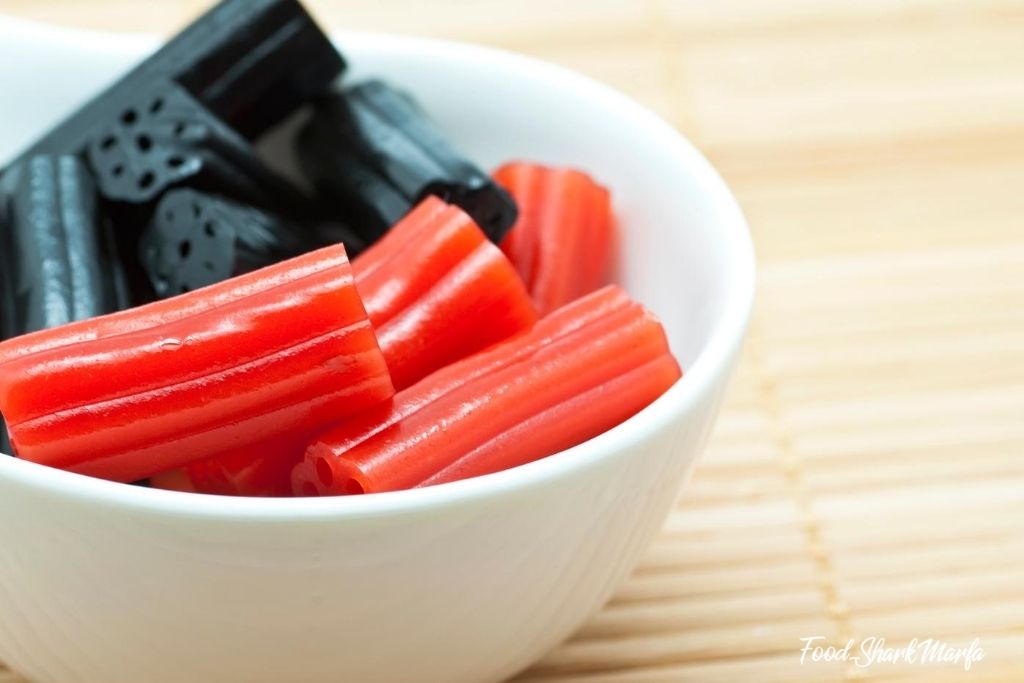 The vegetable that tastes like black licorice is fennel. A member of the carrot family, fennel grows as an above-ground bulb and the bulb and leaves are fully edible raw or cooked. When raw, fennel is crisp like celery and tastes like licorice and it can be added to green salads. Once cooked – try roasting it with olive oil and seasoning - it caramelizes and sweetens. Cooked fennel can also be sautéed and added to pastas and more. 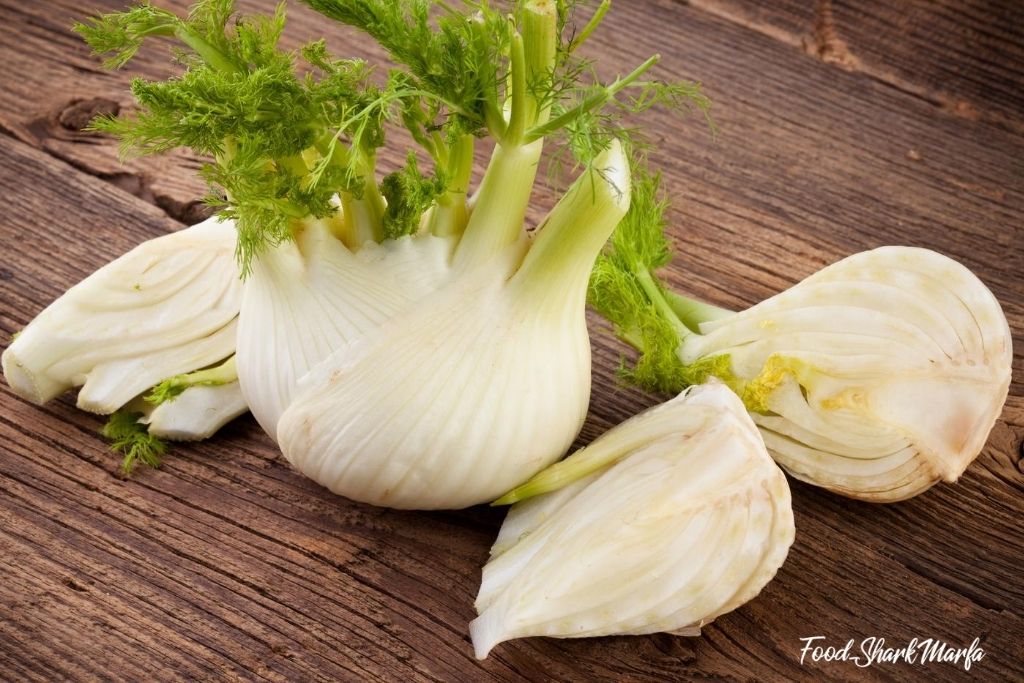 Anise and licorice, along with star anise and fennel all have a licorice flavor as they contain a flavor compound called anethole. Anise is available as whole or ground seeds which come from a flowering plant, while licorice is the root of the Glycyrrhiza glabra plant and can be bought woody or ground.

Chris has a degree is in community nutrition and he currently works with a not-for profit organization which supports family health in the community. He is also a keen promoter of ways to eat healthier on a budget – providing advice on buying and cooking healthy foods on a budget, how to successfully freeze most foods and many other handy ways to help keep food bills down. Once he has got a long cycle out of the way, Chris spends the rest of his weekend cooking up a storm with his partner Jo and their three dogs, Bobby, Grayson and Junior.

Chris has a degree is in community nutrition and he currently works with a not-for profit organizati...