Rosemary is a distinctive and versatile herb, so if you find you are out of rosemary for a recipe you want to try, it can sometimes be difficult to find an alternative herb which will work just as well. Or maybe, you’re just not keen on the strong flavor that rosemary brings to a dish.

Often a staple in chicken, pork, shellfish and lamb dishes, rosemary is also popular in salad dressings, marinades, sauces and vegetable dishes. Rosemary can also mix well with some other herbs such as parsley, thyme and chive.

Also known as ‘Dew of the Sea’, rosemary is actually a member of the mint (Lamiaceae) family but has a very different taste to mint. Its pungent flavor can often be described as ‘pine-y’ with a hint of citrus and if too much is used it will soon overpower a dish. It can also tend to overpower if it is used in the wrong recipe.

Rosemary was used in ancient times. Sprigs of it would be thrown into graves by Ancient Romans and Greeks to show they would remember the departed, and Ancient Greek students also wore a sprig of rosemary in their hair when they studied as it was thought to be a herb that improved memory.

In Tudor times, bridesmaids would give rosemary to the bridegroom and the bride would also wear rosemary to signify that she would remember her family. Rosemary would also be added to the wine used to toast the newlywedded couple.

Rosemary continued to be used as a medicinal herb and as far back as the sixteenth century, it was used to support digestive health. These health claims are perhaps not as farfetched as you may think, as rosemary does contains anti-inflammatory and antioxidant molecules.

Antioxidants can help protect against aging and also play a role in our body’s defenses against conditions such as heart disease and cancer. Rosemary may have some benefits for the brain and some early research suggests it may be useful in helping to prevent brain aging, and also for those who have suffered a stroke.

One component in rosemary, carnosic acid may have some applications for eye health, especially in diseases such as age-related macular degeneration.

If at all possible, try to use the dried equivalent of the fresh herb as a substitute. Because dried herbs are more concentrated in flavor than fresh herbs, you will need to add less than the recipe says.

As a rule of thumb, if the dish needs a teaspoon of fresh rosemary, or any other fresh herb, then replace it with between a quarter to three quarters of a teaspoon of dried rosemary.

It is always better to add dried herbs at the start of, or during cooking as it takes time for them to hydrate and release their flavor. Always add a smaller quantity of dried herbs first, you can then add more if the flavor is not strong enough.

It is easy to make your own dried rosemary. Next time you do buy fresh rosemary, wash and dry some of the sprigs, tie them up at the base and hang them to dry in a ventilated area, or you can just chop some sprigs off, wash and dry them and place them on a lined baking sheet and freezer overnight. You can then place the frozen sprigs into a container or Ziplock bag for longer term freezer storage.

If you do not have dried (or frozen) rosemary, then below are some other substitutes that you can use instead of rosemary. Although these herbs all have their own distinct flavor and aroma, they will all pair well with, and in some cases, offer hints of rosemary, in a variety of the dishes that rosemary is commonly used in. 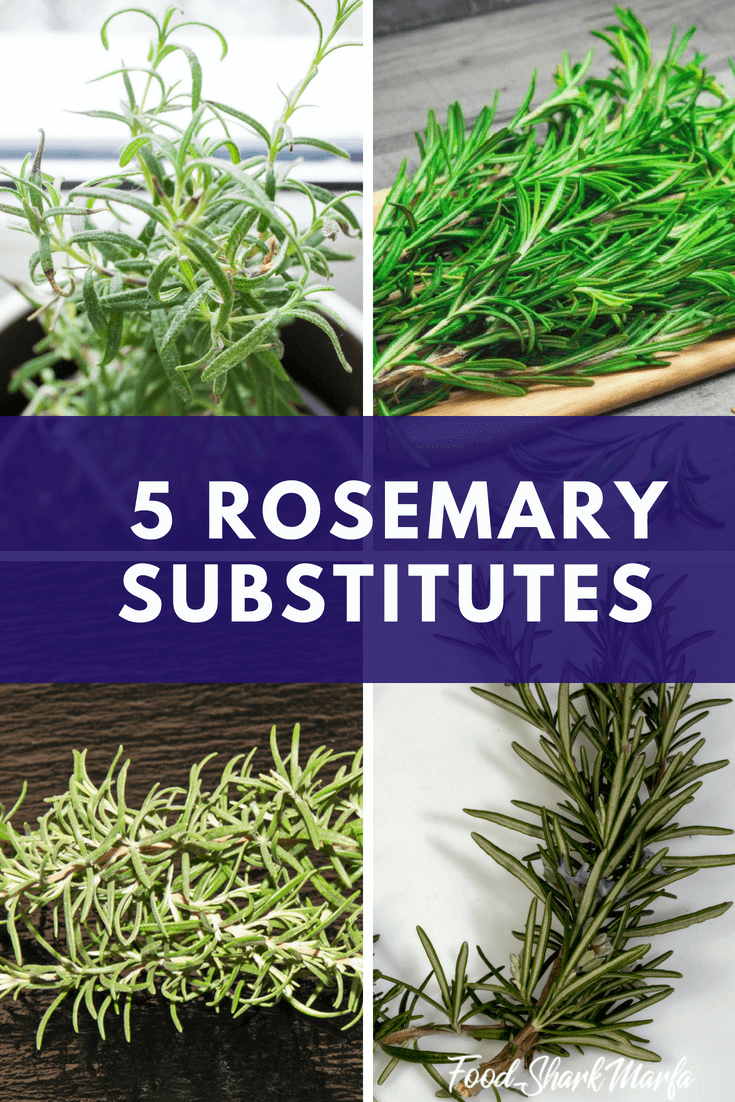 Thyme is a herb thought to have antimicrobial action and some early animal studies suggest thyme may have some benefit in reducing hypertension. There are many different varieties of thyme, all of which are fragrant with sweet, pungent, mint, citrus-y and earthy flavors and will all work well with other herbs.

Like rosemary, thyme is a member of the mint family and it can be used as a rosemary substitute in vegetable dishes (including roast potatoes), soups, fish, breads, beef, pork, chicken and lamb.

For lamb, you can also mix equal amounts of thyme with some bay leaf and peppermint and use the same amount of this mix to season the lamb as you would use rosemary.

As with rosemary, it can be easy to overpower a dish with thyme, so use less thyme than you would rosemary – perhaps start with half a teaspoon of thyme for each teaspoon of rosemary. You can always add more if needed.

It’s also worth noting that although thyme can substitute for rosemary, the reverse substitution will not always work as well due to the distinctive flavor of rosemary.

Another member of the mint family, savory has a peppery flavor with hints of thyme and pairs well with meats, fish and eggs and will add flavor to lentils, beans and peas. There are two types of savory, summer and winter. The winter savory has hints of pine and sage while summer savory has a lighter sweet and spicy flavor.

Also called the ‘herb of love’, Ancient Romans used savory to make love portions and some European monasteries would not allow it to be grown for fear that it would have a detrimental effect on the monks living there!

Like other herbs, savory appears to have some beneficial properties, including acting as a natural antiseptic and may also help with digestive discomfort, one reason it is often found in bean dishes. 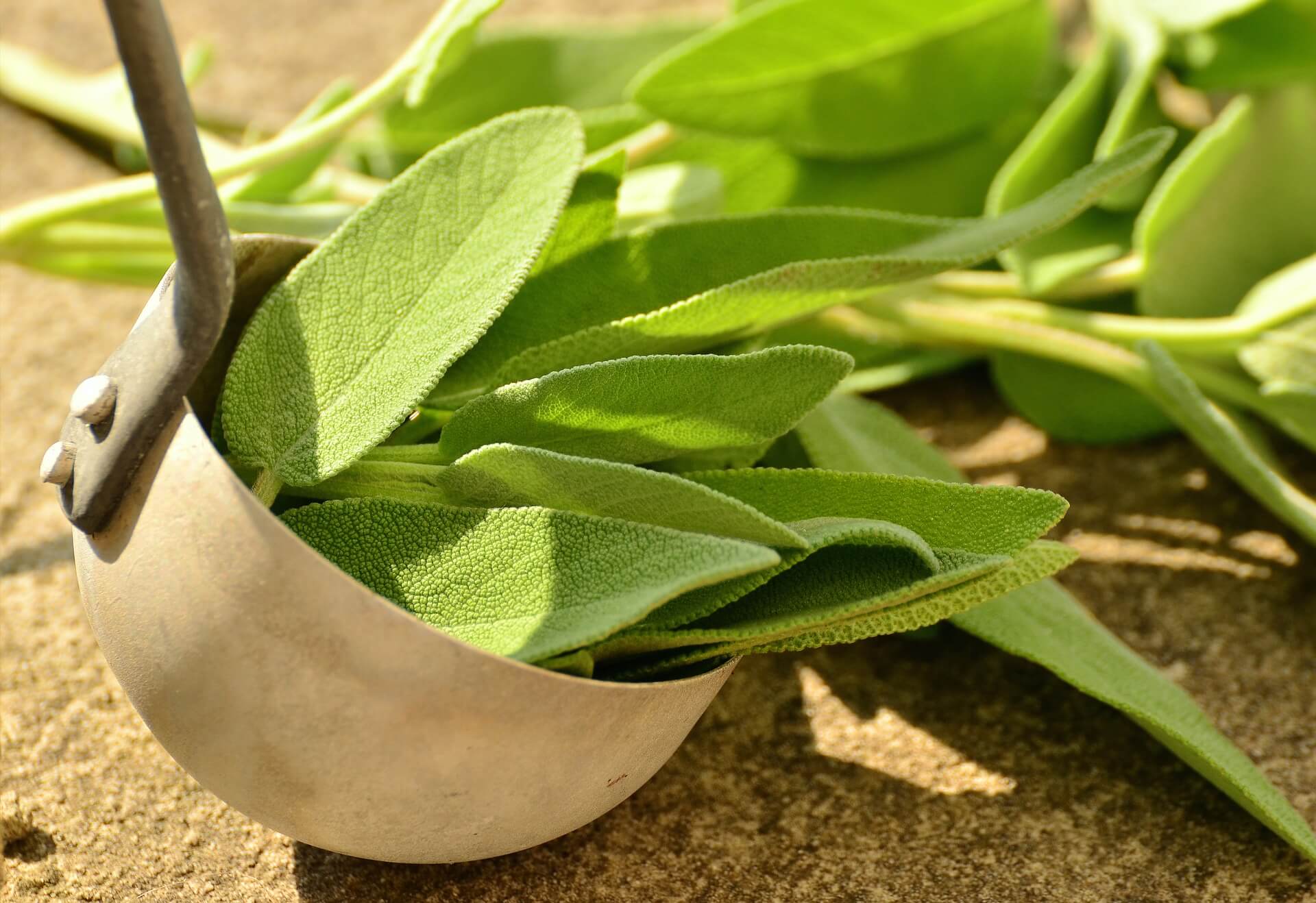 Although sage has a very different bittersweet taste and aromatic aroma to rosemary, it works well with similar dishes that rosemary can season. Sage can replace rosemary in meat and egg dishes and is especially valuable as a poultry seasoning.

Although marjoram has a similar appearance to oregano, its taste is very different. It has a sweet flavor with citrus and pine hints and is quite a versatile herb.

Marjoram is a source of vitamins A, C and K and also contains calcium and iron. As with other herbs, it appears to have some anti-microbial properties and it may also act as an anti-inflammatory.

Marjoram can replace in rosemary in mushroom-based dishes and can also be used in sausages and poultry stuffing. It will also complement vegetables and replace rosemary in tomato-based dishes. 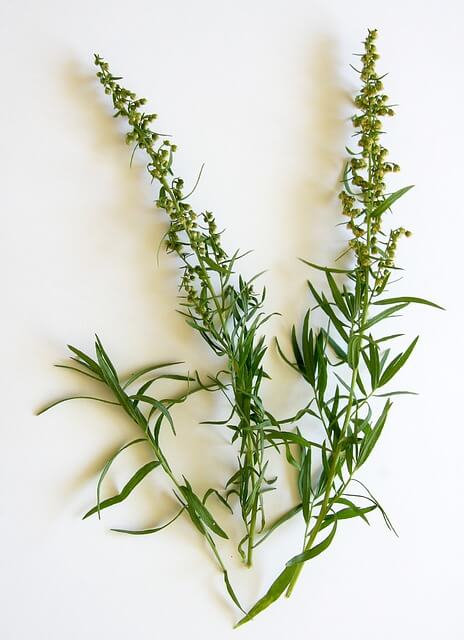 Native to the US and parts of Asia and Europe, tarragon is a member of the sunflower family. Its intense and bittersweet flavor that has just a hint of citrus goes well with fish and poultry and is often seen in French recipes for egg and cheese dishes.

When using tarragon, start with half the amount of tarragon that you would add of rosemary and its intense flavor means you should rarely need more than a teaspoon of tarragon in any dish. 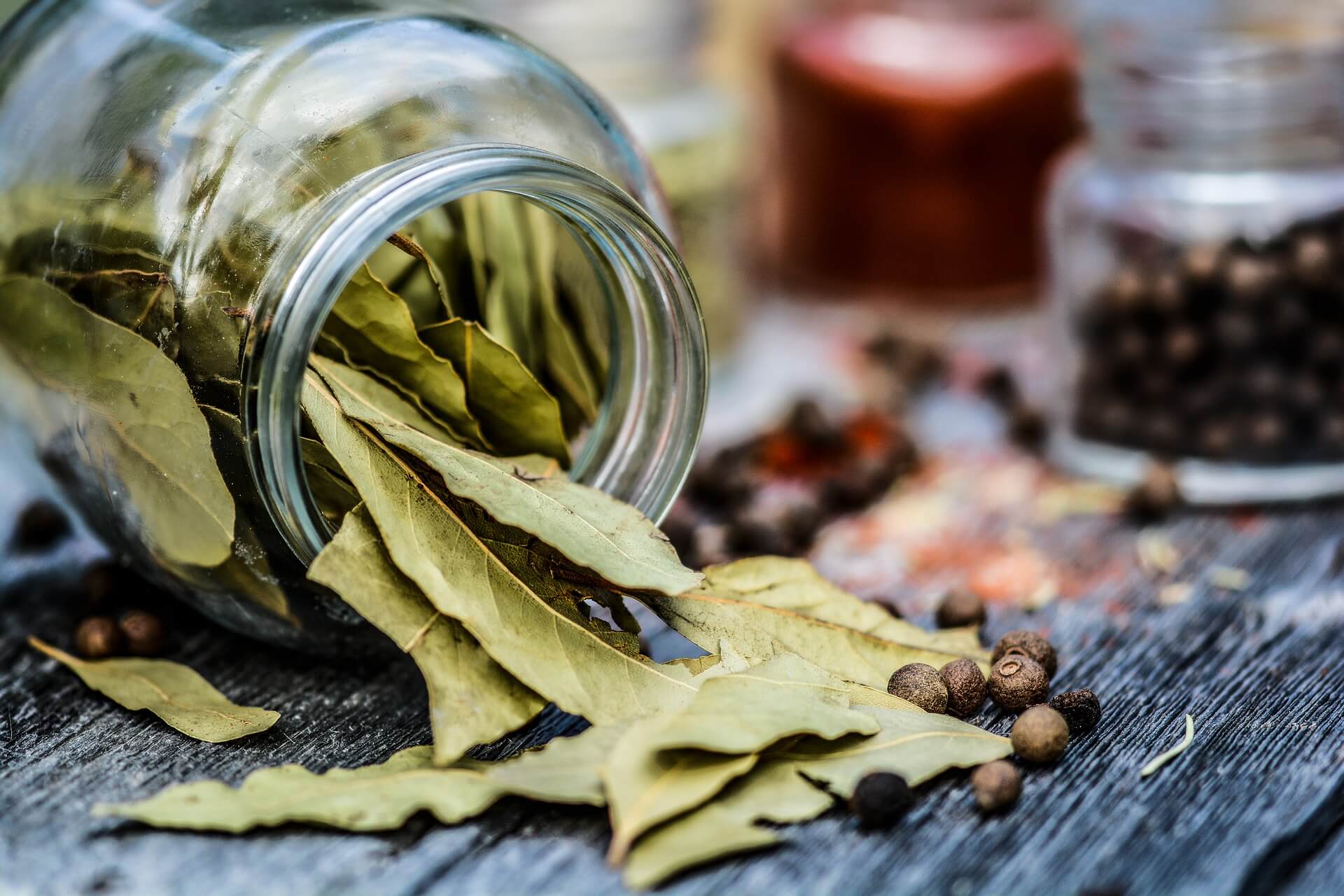 Taken from laurel trees, bay leaf has an aromatic flavor which pairs well with spices such as chili. They also complement meat and poultry dishes and tomato-based sauces.

Bay leaves should be just be left in the pan for cooking and then removed before serving. If you tear the leaves before adding to the pan, this will allow more of the oils to be released.

One or two bay leaves is often enough to add flavor to a stew or sauce, and the leaves are better added to dishes that are left to simmer as they will release their flavor over time.

You may need to add a little more basil than what you would use of rosemary, and just one note of caution, there are actually variety of basil species available and these can have different flavor hints such as cinnamon or lemon, so it can be worth trying a leaf or two before you chop fresh basil and add it to your recipe.

Although rosemary does have a unique flavor profile, there are a number of rosemary substitutes, such as thyme, marjoram and even basil that can be used in dishes where rosemary should be used.

Before choosing your rosemary substitute, always consider the recipe itself, as we have seen that some herbs will always suit some dishes better than others.
5 / 5 ( 17 votes )