Maple syrup is made for pancakes and French toast while honey is great for sweetening tea, oatmeals and more and as they are both categorized as natural sweeteners, maple syrup and honey are now being used by more of us in place of refined sugars. 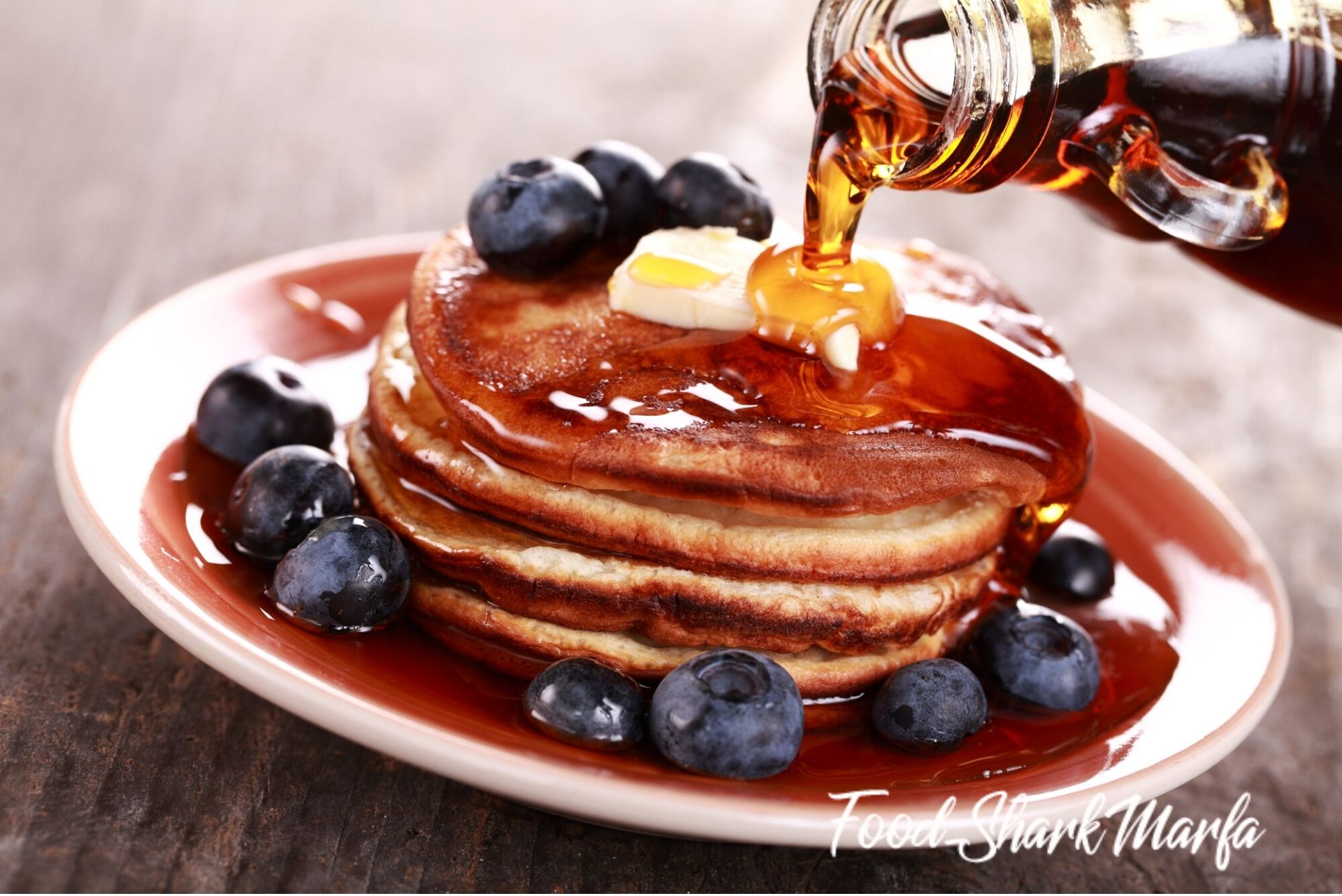 In this post, I explore if they truly are healthier than refined sugars and just which one of the two is healthier than the other? Although a similar color and often used interchangeably in recipes and as toppings, maple syrup and honey have different flavors, contain different types of sugars and other nutrients.

How Is Maple Syrup Obtained?

A treat for most of us, maple syrup is instantly recognizable with its complex caramel, woody and maple flavor, varying color from golden to darker brown. Although some maple syrup is sourced from states such as Vermont, Ohio and New York in the US, around 80% of the global supply of maple syrup comes from the province of Quebec. Maple syrup is made in the sugaring season which runs from around the middle of February to early April, depending of course on the weather.

To produce maple syrup, sap must be obtained from sugar maple trees through the process known as tapping. This involves drilling a small hole at around waist height into the tree and a spout being inserted into the hole. A tree may have one or two tap holes and each tap hole will yield around 10 gallons of sap which makes a quart of maple syrup. As the weather warms up, the sap starts to flow out the spout and into a collection tank. 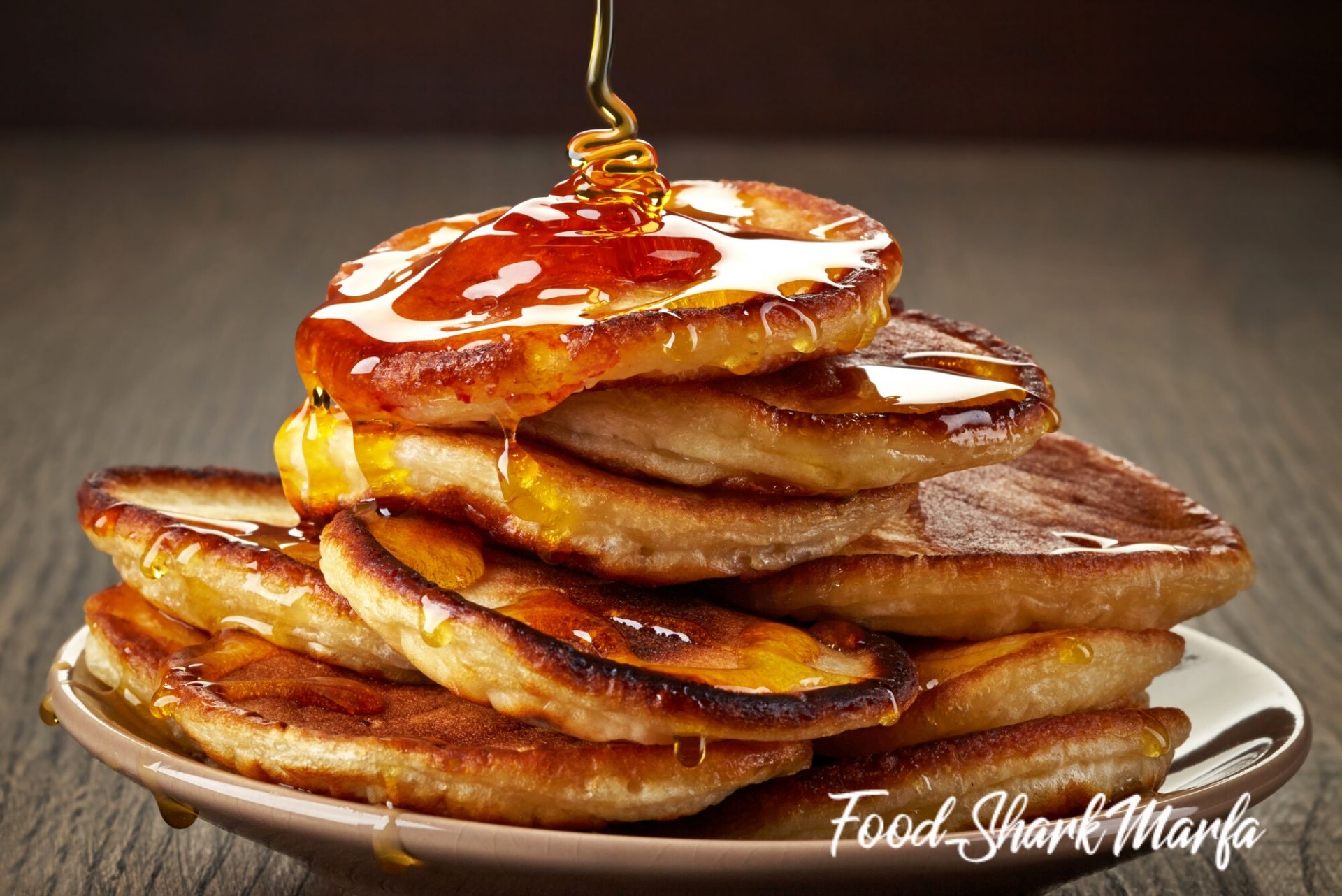 The sap is then evaporated which allows the liquid to become concentrated. As this liquid reaches its boiling point, it becomes syrup and changes color. After filtration, it is then ready to package as maple syrup.

When tapped properly, there is no damage to healthy maple trees. Once the spout is removed from the tree at the end of the sugaring season, the hole closes itself up as maple trees self-heal.

Is a Grade A Maple Syrup the Best Quality Syrup?

Although different maple syrup grading systems were in place in Canada and US states, the USDA implemented a new country-wide grading system from 2015 onwards and this system is also recognized and implemented by the Canadian government.

The four main types of maple syrup are all Grade A syrups, but with extra information of just what each type of syrup is. The Grade A ‘Golden Color and Delicate Taste’ maple syrup is light syrup ideal for drizzling on waffles and ice creams, Grade A ‘Amber Color and Rich Flavor’ is slightly darker with more flavor depth and suitable for cooking and baking with. 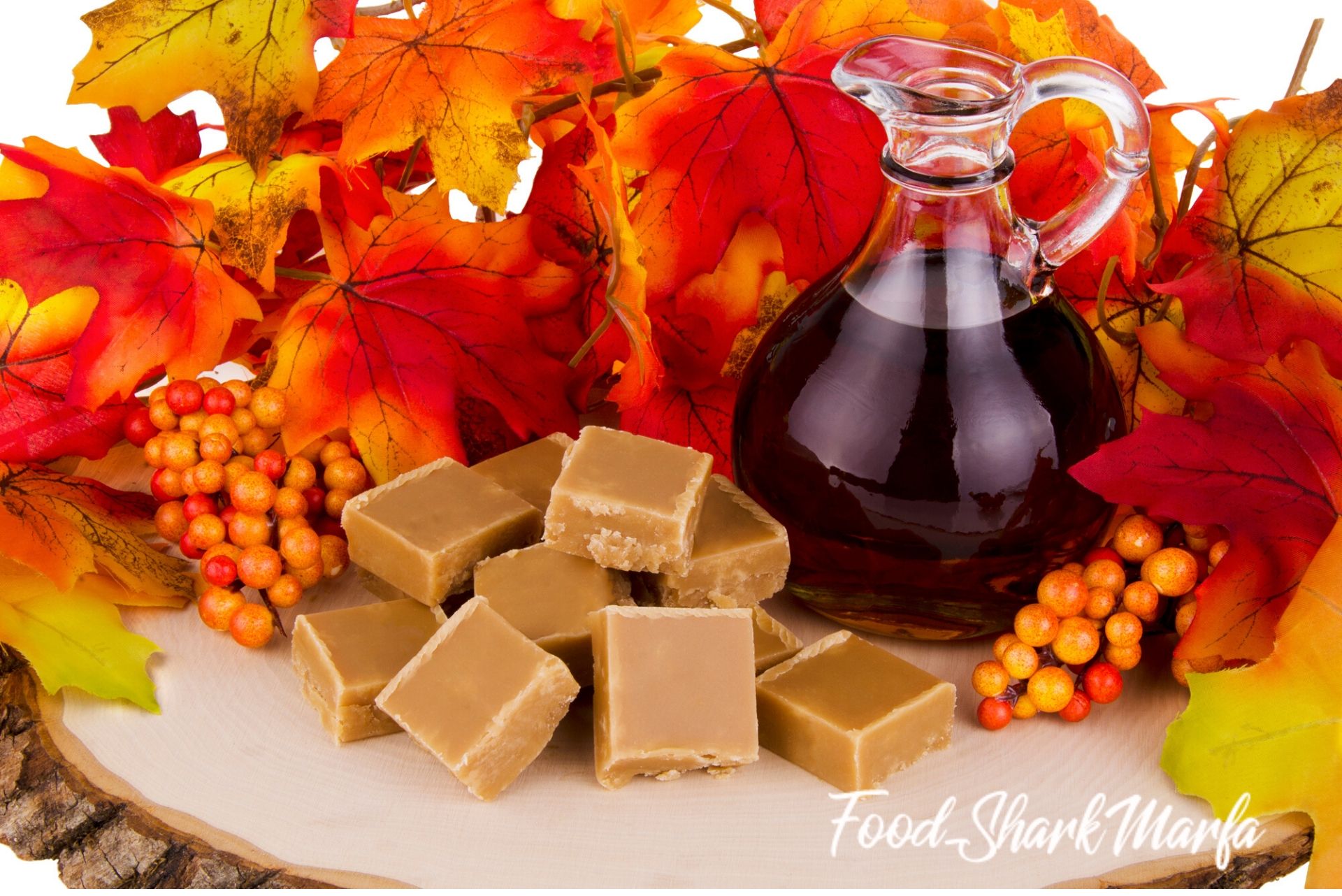 Only pure maple syrup is graded, so if you pick up a bottle of breakfast syrup or a syrup which is flavored, it will not be graded and will contain extra ingredients such as high fructose corn syrup (HFCS).

Around a third of a serving of pure maple sugar is sucrose or table sugar - a complex sugar – or in real terms, a third of a cup serving will contains 60 grams of sugar. Sucrose is broken down to equal amounts of glucose and fructose in the body.

The glycemic index or GI of maple syrup is around 54 compared with regular table sugar which has a value of 65. This means that of the two, maple syrup raises blood sugar levels less than table sugar. Some people consider a good quality maple syrup is paleo as it is a natural food while the fact that it is a high sugar food firmly crosses it off other’s paleo lists.

Unlike refined sugar, maple syrup contains more minerals. A third cup serving of maple sugar has 165% of our recommended daily intake (RDI) of manganese, 28% of zinc RDI, smaller amounts of iron, potassium and calcium and trace amounts of other minerals such as copper.

Maple syrup is also a source of antioxidants, the group of molecules that help combat damage by free radical molecules in the body. Free radical damage is associated with aging and many disorders and diseases such as diabetes, heart disease and cancer. Darker maple syrups have been found to contain more antioxidants than lighter ones.

This means that although a third of maple syrup is sugar, as it does contain some minerals and antioxidants, maple syrup does offer more nutritional value than the same amount of refined sugar. However, overall, it is a poor source of these nutrients when you compare it to the sugar and nutrient content of fruits, vegetables and other whole foods.

Like maple syrup produced at different points of the season, honey varies in taste and color depending on the main flowers that bees feed from, but generally, honey is usually golden colored with a clean and light taste with floral notes. 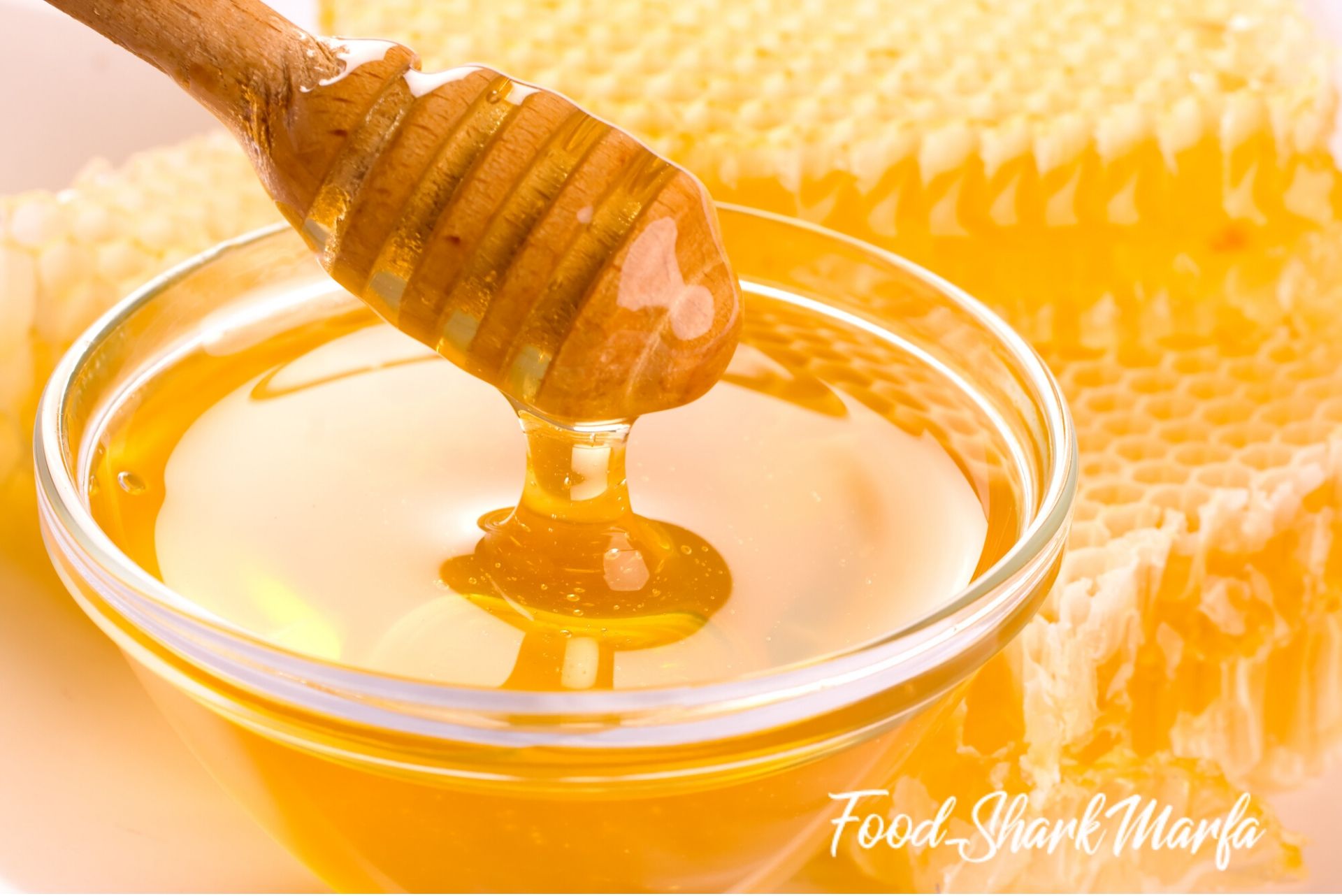 Honey is produced so there is a food store for the hive’s bees during the cold months when they would otherwise be unable to survive the weather. As worker honeybees collect nectar from flowers, this is stored in the honey stomach, a special sac inside the bee. Once the sac is full, the bee returns to the hive and passes the nectar from the sac to the house bees, which actually alters the chemical properties of the nectar at the same time.

Although some water is lost from the nectar as it is passed along from bee to bee, it still contains too much water so has to be evaporated by either surface evaporation or through bees using their wings as fans to improve the evaporation. The remaining liquid is then stored in the cells of the honeycomb and each cell closed off with wax. The stored honey will feed young bees and the rest of the hive during the cold months.

As one hive can produce around 65 lbs. of surplus honey each year, it is this which is extracted by beekeepers for sale. Honey can be sold in different forms. Raw honey is bottled straight after removal from the hive. It may be filtered, or unfiltered and if unfiltered will contain trace amounts of pollen, yeast and wax.

Pasteurized honey is processed to remove its impurities. If no extra ingredients are added, this is pure honey. A honey which has extra sugars or other ingredients added is a regular honey.

Honey is a shelf stable food but over time it will begin to crystallize, especially if stored in cooler temperatures. If honey does start to crystallize, placing the jar in a bowl of hot water will dissolve the crystals.

Is Pure Honey Better for Us Than Refined Sugar?

Honey contains around 80% sugar, which is mainly fructose with some glucose. Increased consumption of fructose is linked with nonalcoholic fatty liver disease which may affect as many as a third of Americans. Unlike glucose, which can be broken down any almost any cell in the body for energy, fructose is broken down by liver cells. A byproduct of fructose breakdown in the liver is triglyceride or fat. This fat can build up in the liver restricting its function or be passed into the bloodstream where it can build up as atherosclerotic plaque in the arteries – contributing to heart disease.

Honey has a similar GI to maple syrup and a small amount of pure honey is considered a paleo food by some.

Honey is a source of vitamins B5, B6 and C. It also contains folate and niacin and antioxidants such as phenolics, which are a type of antioxidant usually found in berries and other foods. As well as helping work against free radical damage, they may also work as anti-inflammatories in the body.

Used as a remedy since ancient times, honey has been successful in treating burns and wounds although more research is needed around this area. It has also been linked with gut health, being shown to be able to decrease duration and severity of diarrhea and it may also help prevent acid reflux.

There is a protein called defensin-1 in honey which has been linked with being able to help prevent Clostridium difficile and methicillin resistant Staphylococcus aureus (MRSA) infections. The World Health Organization (WHO) also identifies honey as being a useful treatment for coughs in children, although honey should never be given to children under the age of one as it can occasionally produce toxins in a baby’s gut which leads to botulism.

Honey contains more calories than maple syrup, which in small amounts is not an issue but if you use a lot in baking then the calorific difference can start to add up.

Male syrup contains manganese, iron, zinc, potassium and calcium, while honey is a source of vitamins B6 and C.

Overall, although maple syrup and honey do have similarities, maple syrup just comes in as the healthier of the two as it has fewer calories and a lower amount of sugar. However, using either is a better option than a refined sugar.

Apart from the difference in flavor and any nutritional differences, the only other things to consider when choosing which one to use is that maple syrup is thinner than honey, and because honey is sweeter than maple syrup, you may not need to use as much. 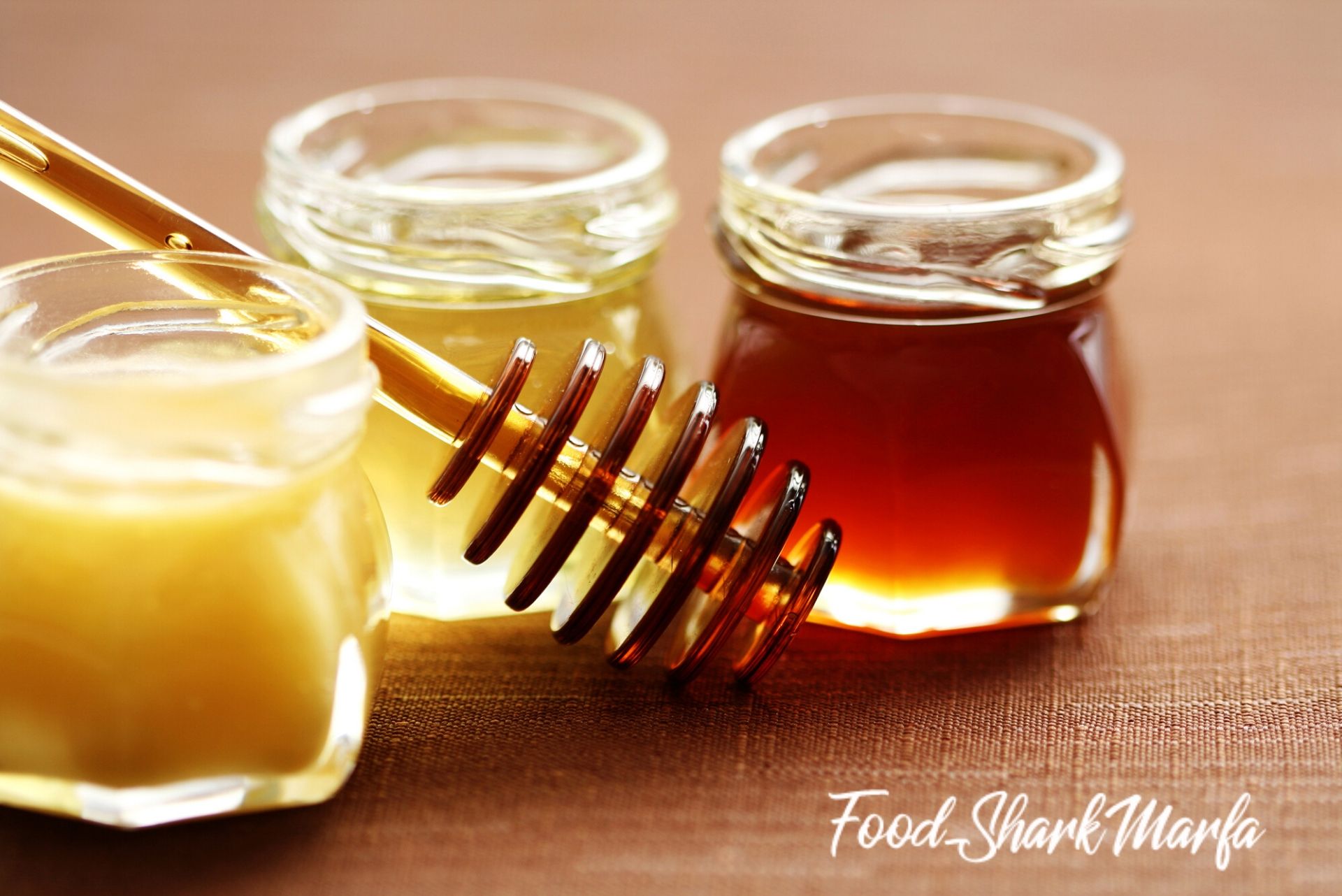 Maple Syrup vs Honey – In Conclusion

Although honey and maple syrup can be similar colors there are difference between the two. Maple syrup has a caramel and woody flavor compared with the clean, light and floral taste of honey.

There are more calories and carbs in honey and its main sugar content is in the form of fructose while maple syrup is mainly made up of sucrose. Honey is fat free and maple syrup is low fat.

Maple syrup does come out slightly better than honey in the nutrition stakes, but, either maple syrup or honey is always a healthier option when compared with sugar.