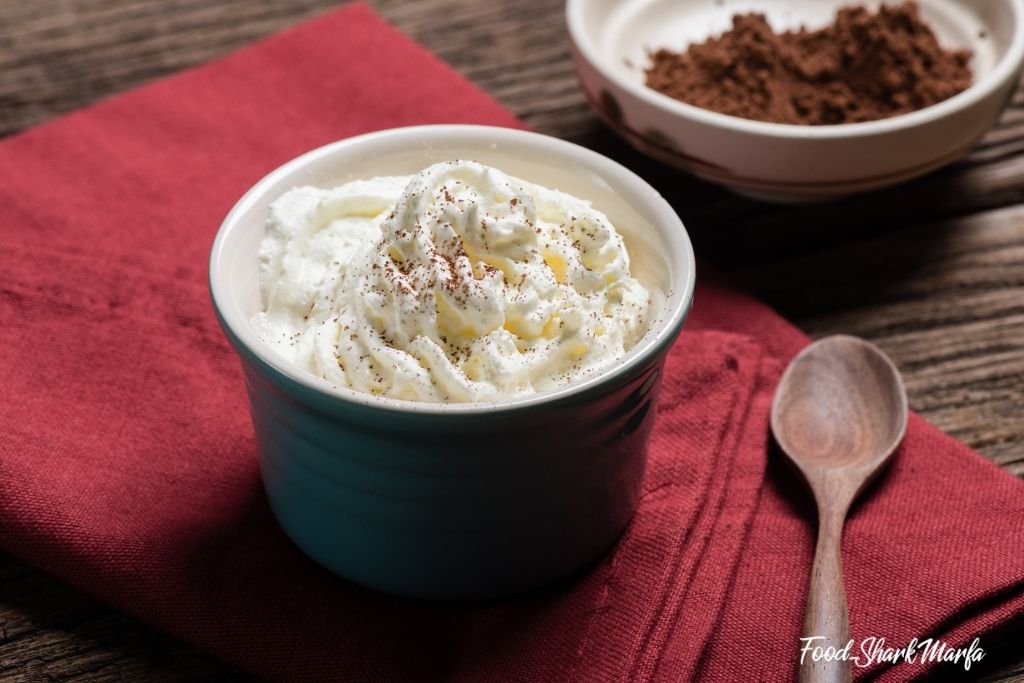 What Is the Difference Between Heavy Cream and Whipping Cream?

Cream is the thickest part of the milk that sits on top due to its high fat content. A heavy cream must contain at least between 36% milkfat. Just to compare, regular half and half contains between 10½% and 18% fat.

Heavy cream is often added to recipes not just for the creaminess but because it adds tenderness and moisture to baked goods. Heavy cream is a key ingredient in everything from gratins, chowders and soups, to sauces and pasta sauces, in biscuits, ice creams, homemade cheeses, crème fraiche and more.

Heavy cream is used in most recipes as it adds a lot of creaminess and can be whipped up into stiff peaks – such as those seen on desserts – and can be used as layers in cakes. Heavy cream can also be piped when whipped up well. 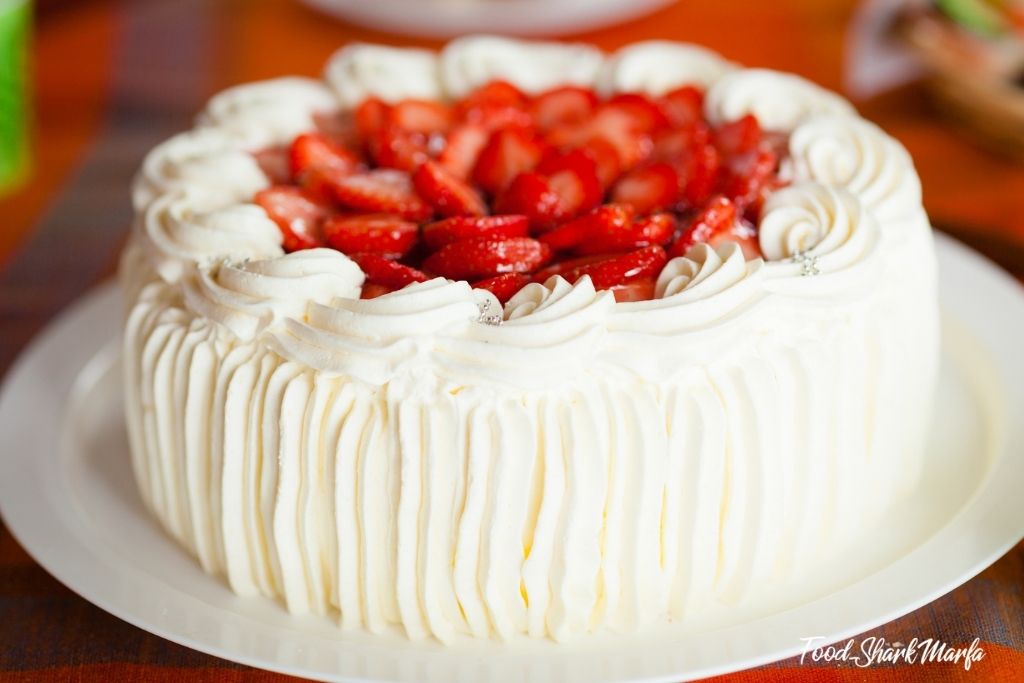 Because the fat in heavy cream (and whipping cream) is distributed throughout the liquid, it means than when you whip it, it allows air bubbles to enter into the liquid and these air bubbles are then trapped by the milkfat molecules which allows the texture to change

Although whipping cream does whip up well, it will not form the stiff peaks that heavy cream can as it does not contain enough fat. This is why whipping cream is best kept for using as dollops or garnishes on pies, fruit salads or ice cream. The lower fat content of whipping cream also means sauces may not be quite as thick or rich as they would be if you used heavy cream. 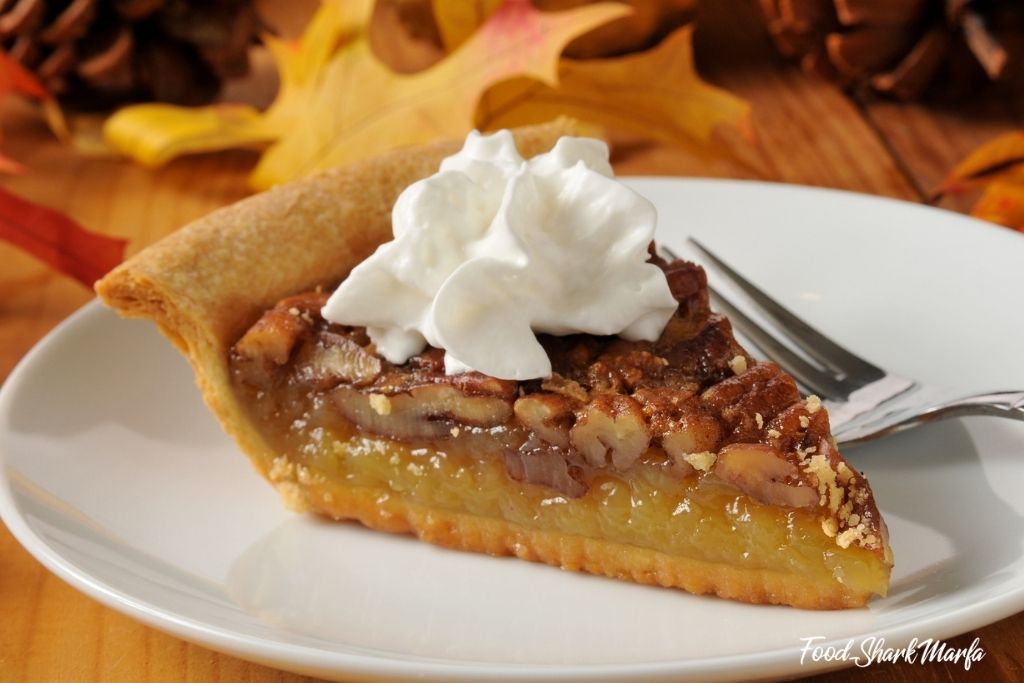 What Is the Difference Between Heavy Cream and Heavy Whipping Cream (HWC)?

Absolutely nothing! Heavy whipping cream (HWC) is just another name for heavy cream, and both contain 36% minimum milk fat. They can both be used in the same way and will hold their shape when whipped up.

Depending on how rich a final dish will be you can often use whipping cream in place of heavy cream, especially when using it as a liquid cream.

Just remember heavy cream in a dish will add the most creaminess while a whipping cream will give a slightly lighter result. However, whipping cream may not always be suitable for using in baking, not least because it cannot be whipped up as densely as whipped cream can. Whipping cream can also start to become more liquid after a time, while heavy cream which has been whipped will hold its shape for longer.

For baking, a heavy cream is always more versatile than a whipping cream so if your store sells both and you need to choose one, then go for the heavy cream as this will usually give the best results for your baking.

How to Whip Heavy Cream

It is important that the cream is used straight from the refrigerator as this will make it easier to whip up. Some cooks also chill the whisk attachment and bowl before whipping up cream.

Add your cold heavy cream to the bowl with a little sugar – granulated or confectioners’ is fine – as this does help with the whisking and also sweetens the cream. You can also add some vanilla extract for flavor (if you add vanilla to whipped cream this is also known as crème Chantilly). Whisk the cream at a medium high speed as if you set it on high, there is more risk of over-whipping. 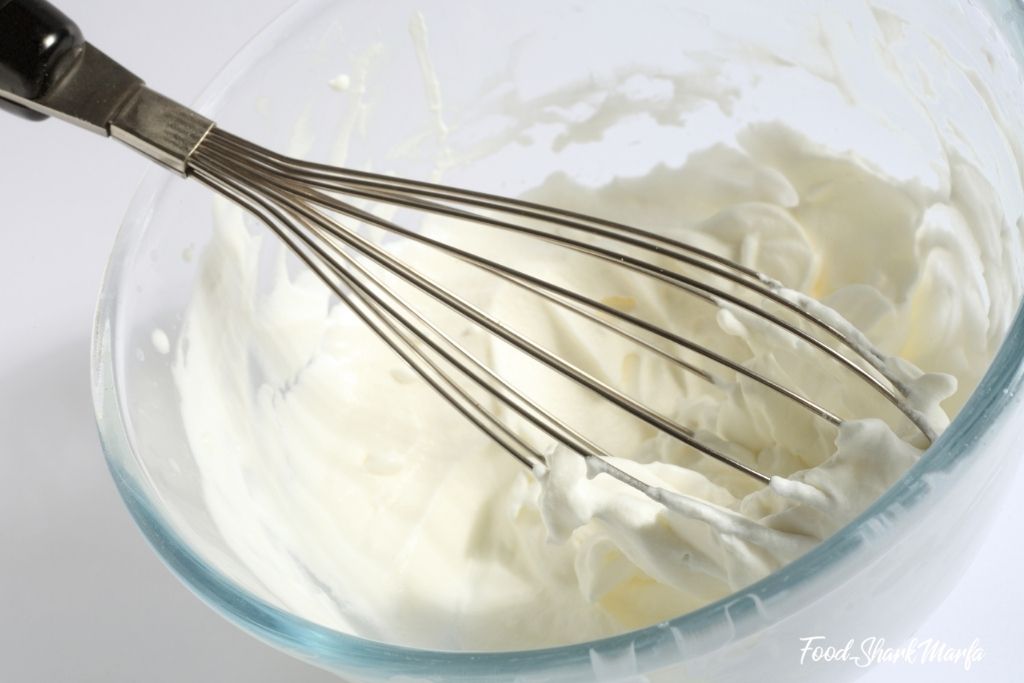 If you are using the stand mixer, do stay and watch the cream as it will ‘whip up’ quickly. You want the cream to be whipped enough so that when you lift the whisk from the bowl there is a peak formed. The peak will droop slightly but should still hold its shape. This should be fine. If you over-whip the cream, it will curdle and appear grainy.

Can I Freeze Heavy Cream or Whipping Cream?

Yes, both heavy cream and whipping cream can be frozen for a month or so. Leave ½ space at the top of the container to allow the cream to expand as it freezes. When you are ready to use up the cream, thaw it in the refrigerate overnight. When you open up the container you will probably see the cream has separated, just give it a good mix or shake to recombine the cream before using. 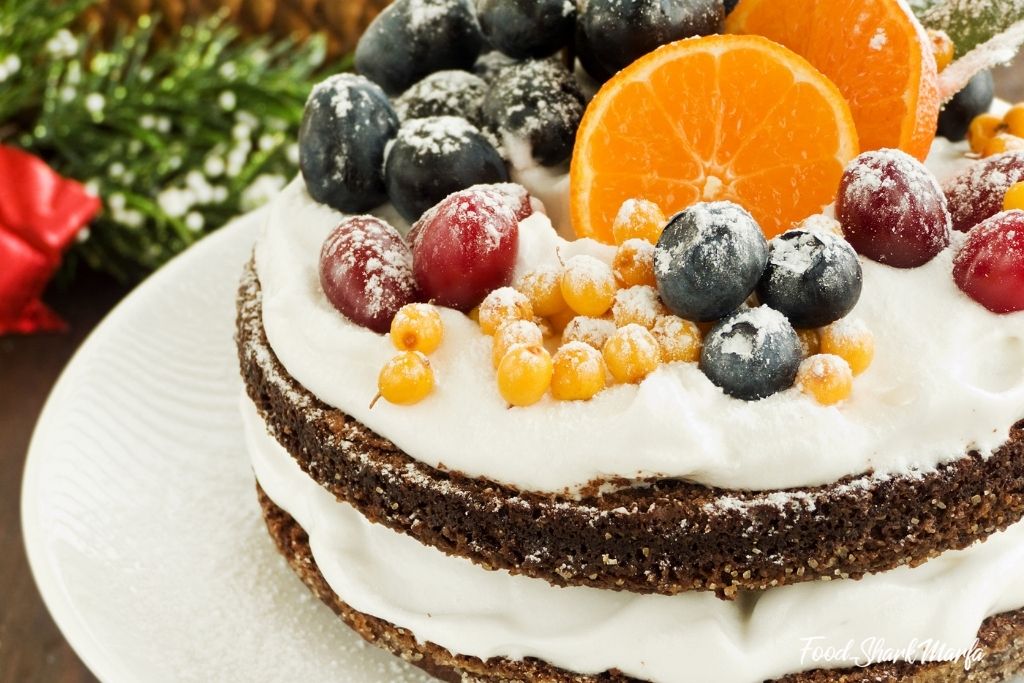 You can also freeze up whipped cream. Just whip the cream until it forms stiff peaks then drop it out in dollops onto a cookie sheet lined with parchment and place the cookie sheet in the freezer. Once frozen the dollops can be transferred to a ziplock bag and then thawed in the refrigerator a couple of hours before using.

How Does Double Cream and Devon Cream Compare with Heavy Cream?

Devon cream (also called clotted cream or Devonshire cream) is traditionally served with scones and jam as part of a cream tea in parts of Britain. Devon cream contains as much as 60% milkfat and is made by heating unpasteurized milk until the cream sits on the top of the milk. After the milk cools, the top layer of cream is skimmed off. 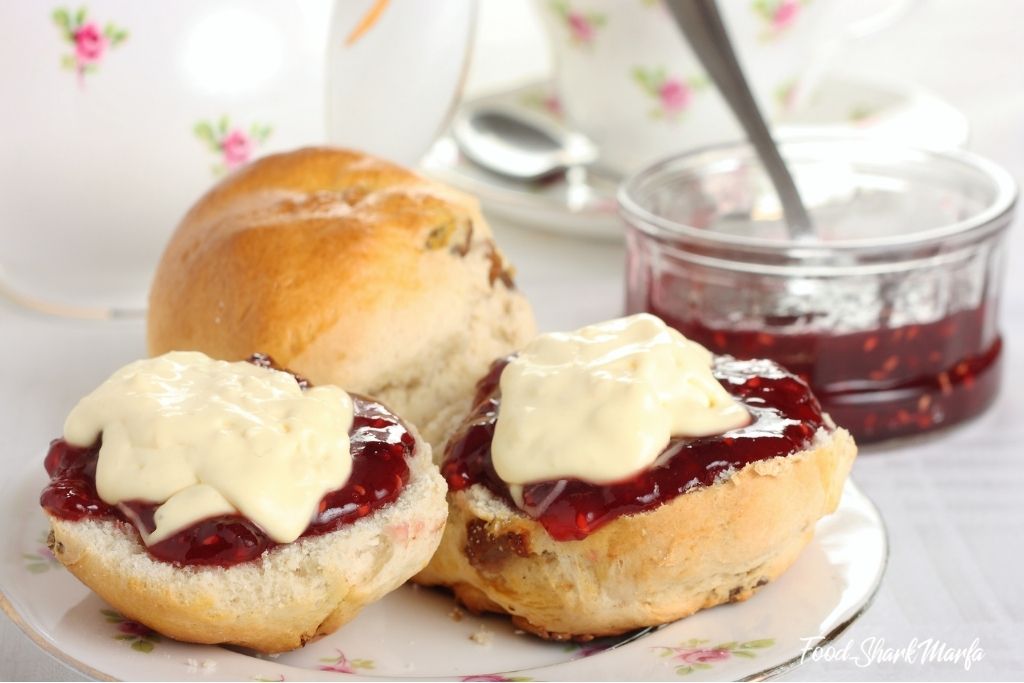 Is heavy cream keto? Yes, heavy cream or heavy whipping cream (HWC) is keto and suitable for other low carb diets. Ideal for using in keto dishes such as curries and side dishes such as creamed spinach, heavy cream can also be added to desserts, smoothies or meal replacement shakes. You could also whip up some heavy cream and add it to your coffee or sugar free hot chocolate.

Around 96% of the calories in heavy cream are fat so when consumed as part of a low carb diet it will help your body to stay in ketosis.

Whipping cream is also keto although as it contains less fat than heavy cream, you may not gain quite as much benefit as you would with using heavy cream.

What Can I Substitute for Heavy Cream?

Depending on the recipe, you can use half and half along with butter to give a similar taste and consistency. You could also use whole milk along with Greek yogurt or even cream cheese in place of heavy cream. 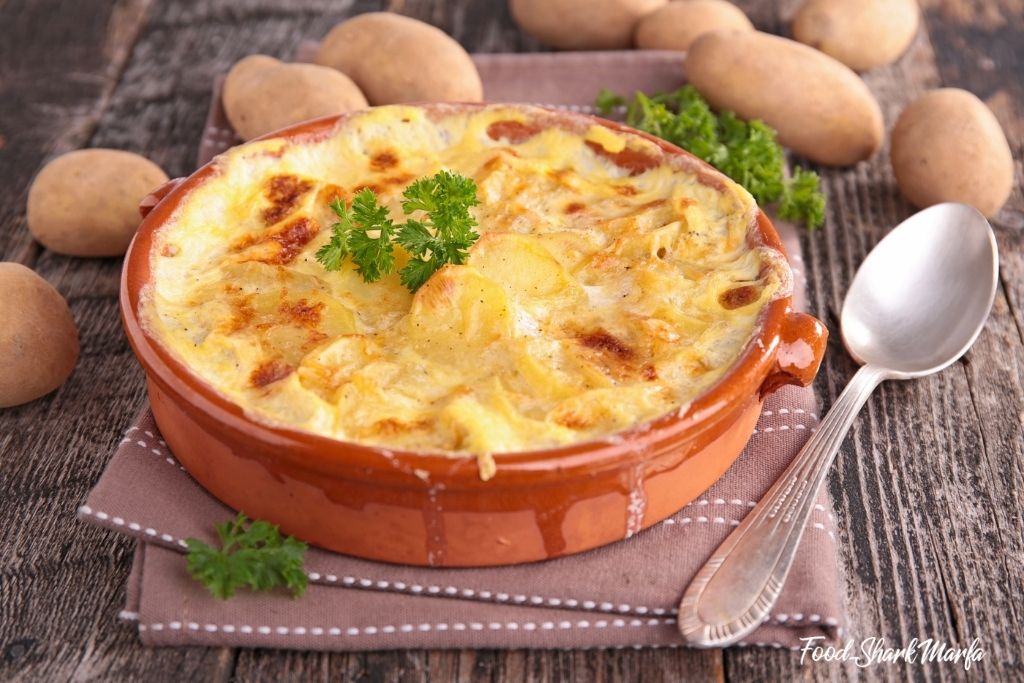 Other heavy cream substitutions include whipped coconut cream or soy milk mixed with a little olive oil for vegan or dairy free recipes.

In this post we have seen that heavy cream and whipping cream are not the same. Although they can both be used in cooking and baking and will thicken and add creaminess to many dishes, heavy cream contains more fat than whipping cream and when whipped up can for stiff peaks that can be used for piping, layering in cakes and more. Whipped cream is softer when whipped and is best used for finishing desserts such as fruit salads.

Although heavy cream is the more versatile of the two, as both types of cream are high in fat, they can both be used in keto and other low carb diets.
5/5 - (2 votes)

Rosie is a firm believer in kitchen tech that lets us spend less time time actually preparing food and more time enjoying it with our family and friends! Rosie is also a keen cook and enjoys cooking up foods from many cuisines, not least Brazilian, Mexican, Middle Eastern and Thai.

Rosie is a firm believer in kitchen tech that lets us spend less time time actually preparing food a...