Yes, you most certainly can freeze walnuts and in fact, freezing raw walnuts is the easiest way to keep them at their best.

Another great reason to freeze walnuts is that we can buy them in bulk during the walnut season and keep them to hand until the next walnut season rolls around.

Continue reading on to not only find out how to freeze walnuts and why they should be frozen, but also to learn more about this popular heart-healthy nut.

As well as making a tasty snack, walnuts are ideal to add some extra protein to breakfast cereals, yogurts, pasta, salads and more.

If you are not as keen on the flavor of raw walnuts, then they roast easily. Just place a single layer of them on a baking sheet and pop them in the oven for no more than 10 minutes at 350°F. Do keep an eye on them while roasting, as they can easily burn!

They go well baked into cookies - try them with some maple or bake them into muffins or cakes. Walnuts will always pair well with chocolate! 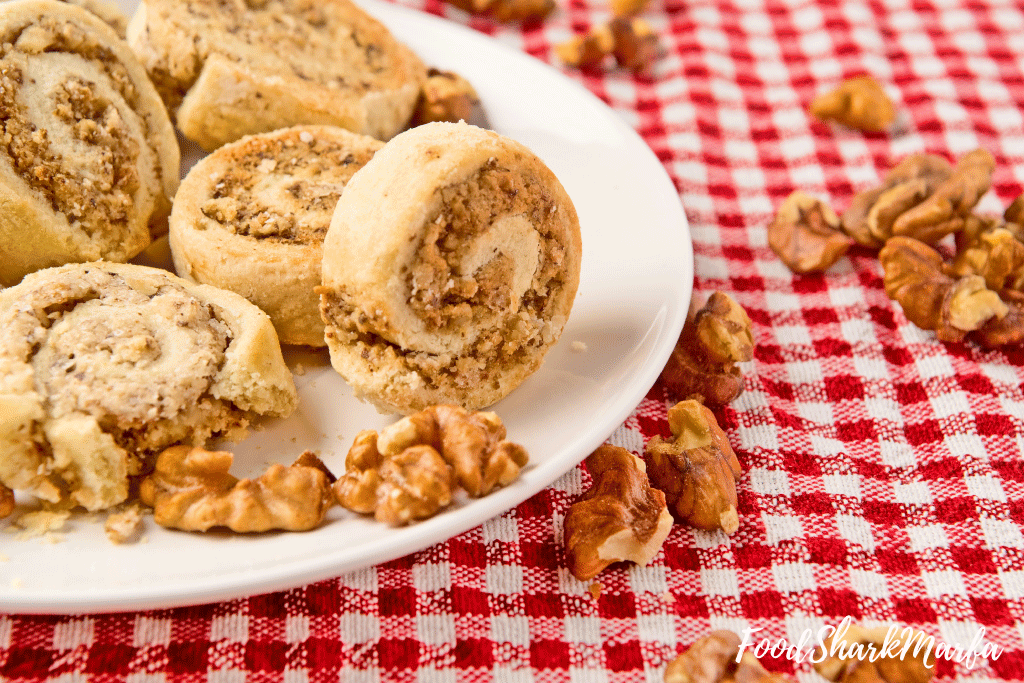 Walnuts can be blended for dips and you can use them in homemade pesto instead of pine nuts. Ground walnuts are ideal as a sauce thickener in place of flour or why not try them as gluten free alternative to bread crumb coatings? Just finely chop them and coat the fish of poultry with the walnuts for some extra nutrition and crunch.

Nutrition-wise, one cup of organic walnuts contains 200 calories and 5 grams of protein. This serving also contains 3.89 grams of carbs and 1 gram of sugar, along with 20 grams of fat, mostly monounsaturated (MUFAs) and polyunsaturated fats (PUFAs).

Although walnuts are a higher fat food, the fats are ‘heart-healthier’ fats linked with helping to decrease LDL (‘bad’) cholesterol and triglyceride levels. In 2003, the FDA approved the request for food labels for a variety of nuts to include a statement saying that they may reduce the risk of heart disease.

Over 99% of US walnuts and over two thirds of the globally traded walnuts are grown in California.

Walnut trees are the oldest tree food known, dating back around 7,000 years. Often known as Persian Walnuts, as they were first known in Persia, they were initially traded along the Silk Road and then further afield as trading over land and sea extended.

Around this time, they became known as English walnuts, although England never actually grew walnuts for commercial profit. The first English walnuts (Juglans regia) in California were cultivated in the late 1700s by Franciscan Fathers and although these walnuts were smaller than todays walnuts, the southern Californian climate allowed them to flourish.

During the 1870s, walnut production moved to other parts of the state and in the mid-twentieth century, it moved to the Central Valley area as there was better growing conditions, irrigation and pest control compared with southern California. The Central Valley is still the main growing region for Californian walnuts today.

Although there are many varieties of English walnuts; Hartley, Chandler Tulare, Howard, Vina and Serr make up 85% of California’s walnut production. It takes around five to seven years for walnut tree to develop for harvesting and when harvesting begins in late August until November, the trees are shaken to allow the walnuts in their green husks to fall. 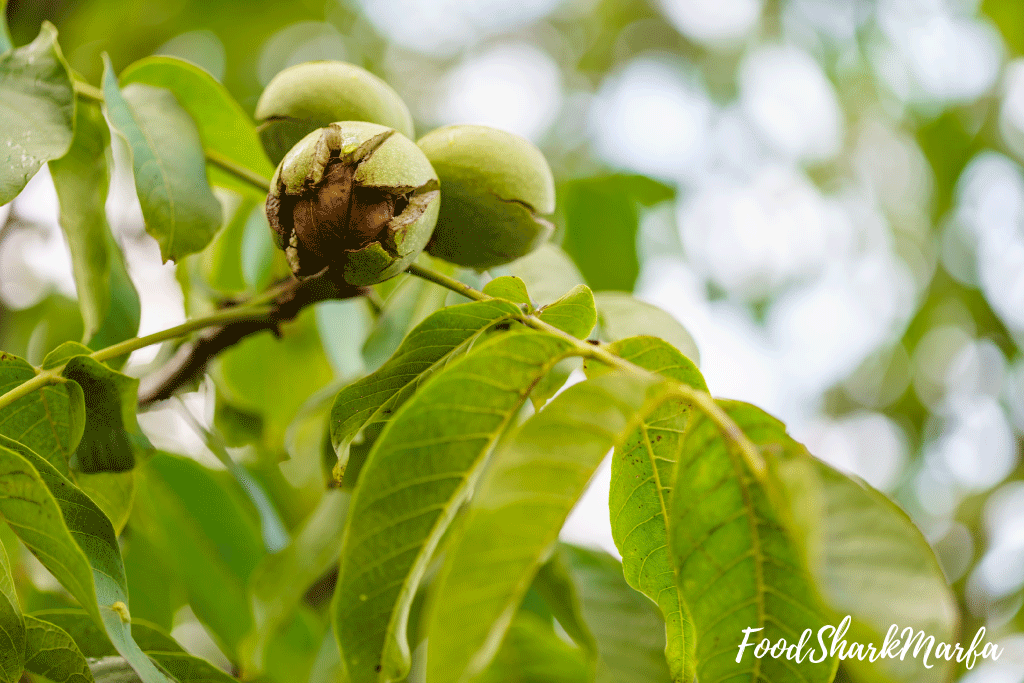 The walnuts are swept, collected and de-hulled mechanically. This leaves the walnuts in shells which are then air dried down to the optimum 8% moisture level.

After drying, walnuts are size graded as per USDA standards and placed in cold storage. When required for shelling, they are cracked, screened and sized. After quality checks, including laboratory tests, they are packed and sent out to stores or for exporting to other countries.

Californian walnuts have to meet standards set by the USDA, FDA  and the California Walnut Board .

Michigan also harvests its native black walnut (Juglans nigra) during the season. Suitable for using in the same ways as English walnuts, the black walnut has an earthier (and some may say, superior) flavor. Unlike English walnuts, black walnuts fall from the tree when ready for eating, indeed, they are not fully ripe until they have naturally fallen.

When buying fresh walnuts, look for shells free from cracks. Cracked shells means there is more chance that mold may be growing inside the shell. If the shells are rubbery or very dark colored, then they may also be past their best.

If you can pick up some of the walnuts, then give them a shake. Look for ones that rattle more inside as these will have easier shells to crack.

How Can Walnuts Be Stored?

Although walnuts are a good source of healthier fats, it is this 18 grams of oil content per one ounce of walnut that makes the proper storage of walnuts vital.

It is always best storing walnuts in cooler temperatures. Even if you store them in an airtight container, they will turn rancid faster at room temperature as they are exposed to temperature fluctuations, warmth, air and moisture.

An unopened pack of raw walnuts, shelled, can only stay at their best for as few as two weeks, or as long as four weeks in a pantry or cabinet. Unshelled nuts will keep for longer in the pantry - up to as long as three months - as the shell acts as protection for the nut. 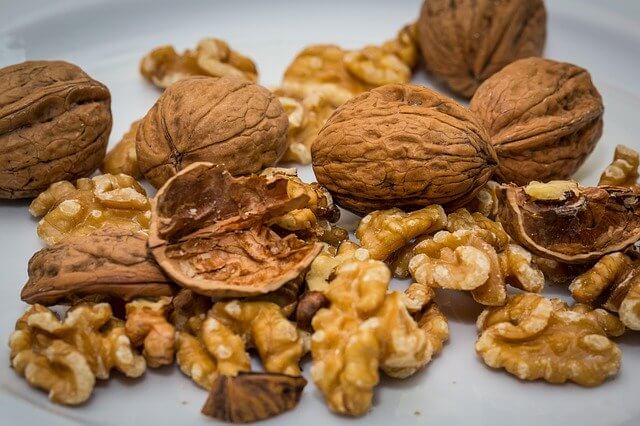 It is easy to tell if unshelled walnuts are past their best. Over time, the shell will dry out and shrink. They are best disposed of at this point. If the shell otherwise looks ok, then crack it open. If there is evidence of mold, or a net forming on the walnut, then it should also be trashed.

If the walnuts are shelled, then they begin to shrivel or look rubbery when past their best.

Both unshelled and shelled walnuts past their best will start to develop a rancid odor. Fresh walnuts should smell mildly nutty, so if they smell different to this, or even unpleasant, then dispose of them.

Although rancid walnuts may not necessarily be unsafe to eat, they will not taste as nice as they should and perhaps more importantly, they no longer have the same nutritional value that they have when fresh.

If you store walnuts in the refrigerator they should keep for up to six months, but in the freezer, you can extend their shelf life to at least one year. They can be stable for as long as two years in the freezer if they remain constantly frozen, but the longer that they stay in there, the greater the risk of the flavor and quality declining.

As a rule of thumb, if you need to keep raw walnuts for longer than a month, then they should be frozen.

How Do You Freeze Walnuts?

It makes no difference whether the walnuts are unshelled or shelled; both types can be frozen in the same way.

You can freeze an unopened pack without opening it first, but this is not always the best thing to do if you only want to use a few at a time. You can also freeze walnuts from a pack that you have already opened – just make sure they are still fresh enough to freeze.

Avoid freezing ground or chopped walnuts as this will impair the quality of flavor. Instead freeze the walnuts whole and then grind or chop them once defrosted. 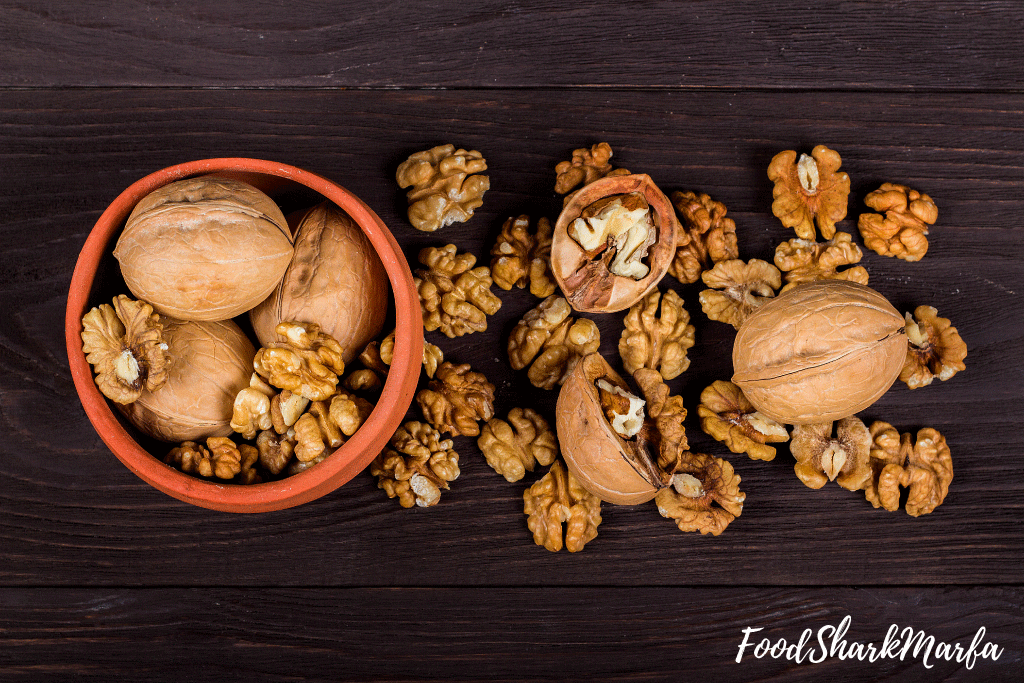 The easiest way to freeze walnuts is by spreading them out on a baking sheet in the freezer. After they have had time to fully freeze - 24 hours should be fine - you can then put them into a Tupperware container or Ziplock bag.

Because you have frozen in this way, they will not stick together once bagged up. This makes it easy to grab a handful when you need them instead of having to defrost the whole batch.

It is important to store the frozen nuts in an airtight container or Ziplock bag, not only to prevent air and moisture from getting to them, but to keep them away from smells. Walnuts are prone to absorbing odors from other foods such as onions and fish, which can make them smell or even taste unpleasant when you come to eat them.

Whether you have put the walnuts in an airtight container or Ziplock bag, remember to use a Sharpie and write the date on it so you know when to use the walnuts by.

How Do You Defrost Walnuts?

When you are ready to eat or use the walnuts, take them from the freezer and place them in the refrigerator to allow them to thaw. Depending on how many there are and whether shelled or unshelled, this may take a few hours, or as long as overnight.

Avoid thawing them at room temperature as this can increase the risk of them turning rancid.

If you will be cooking with the walnuts, or toasting them, you will not need to defrost them; they can be used straight from the freezer.

Once walnuts have been defrosted, they should not be re-frozen, and they are best stored in the refrigerator and eaten as soon after defrosting as possible

Always remember to wash and dry unshelled walnuts before cracking them open.

In this post, not only have I shown that you can freeze walnuts, but also that freezing walnuts means they stay at their best for longer.

If you are looking to add more heart-healthy walnuts to your diet, then by freezing them, it means you always have some available, whether you just want to nibble on a few or toss them into a green salad for a protein boost.

I hope you have enjoyed reading about walnuts and how to freeze them and if you have found this post interesting, do add your comments below. Also feel free to share this post with other people.