About Coriander and Cilantro

Just for a little more confusion, cilantro is also the Spanish name for coriander, but seeds from the coriander plant are always called coriander, not cilantro seeds.

Cilantro (sometimes called Chinese parsley) is fragrant and citrus flavored, and some consider it has hints of ‘soapiness’ while coriander has a peppery, nutty and earthy flavor.

Sourced from the coriander or Coriandum stivum plant, this grows wild in south east Europe and is cultivated in countries such as India and China. Although the origins of the coriander plant are unknown, it appears to have been in use for around 7000 years. References to it have been found in ancient Sanskrit writings and coriander was also found in the tomb of the Egyptian pharaoh, Tutankhamun.

In Ancient Greece, coriander was used as a spice and the leaves (cilantro) was used as a herb and in fact the Greek word for coriander, ‘koris’ means stink bug – probably because of the strong smell that comes from cilantro leaves when they are bruised!

Coriander plants were one of the first herbs grown by early settlers in New England and it was also introduced to South America by the conquistadors, where it eventually began to be paired with chilies in regional dishes.

Coriander is known to have antioxidant actions and it can lower blood sugar levels to such extent that diabetics should take extra care when eating coriander. Some early studies have also reported that coriander may help lower some of the risk factors for heart disease and the anti-inflammatory actions of coriander may also help safeguard against inflammatory brain disorders such as Alzheimer’s Disease and Parkinson’s Disease.

The Cilantro Love or Hate Debate

Cilantro and coriander never seems to have a middle ground, it is either ‘love it’ or ‘hate it’.

One research study investigated whether there was a reason why some of us cannot stand the stuff and the researchers found a particular gene is linked with our opinion of cilantro.

This gene, 0R6A2, codes messages from aldehyde chemicals – these are the chemicals found in some soaps – which may be why to some of us, we find the distinctively ‘soapy’ taste of cilantro unpleasant!

Deciding on The Right Coriander or Cilantro Substitute

Whichever substitute you decide to use in the place of coriander or cilantro very much depends on what type of cuisine the recipe is.

Cilantro is popular in Tex-Mex and Mexican dishes, as well as Middle Eastern, South Asian, Thai and Chinese cuisine.

The spicier yet milder flavor of coriander with its hints of lemon is key in curry powder blends and other Indian dishes as well as African and Middle Eastern recipes.

Usually available in ground, rather than seed form, coriander is also found in spicy BBQ rubs and even pickled vegetables. Coriander goes well with pork, lamb and sausage dishes and will always blend with chili and garlic.

Below we have listed coriander substitutes and some substitutes that can replace cilantro in a range of recipes/cuisines. 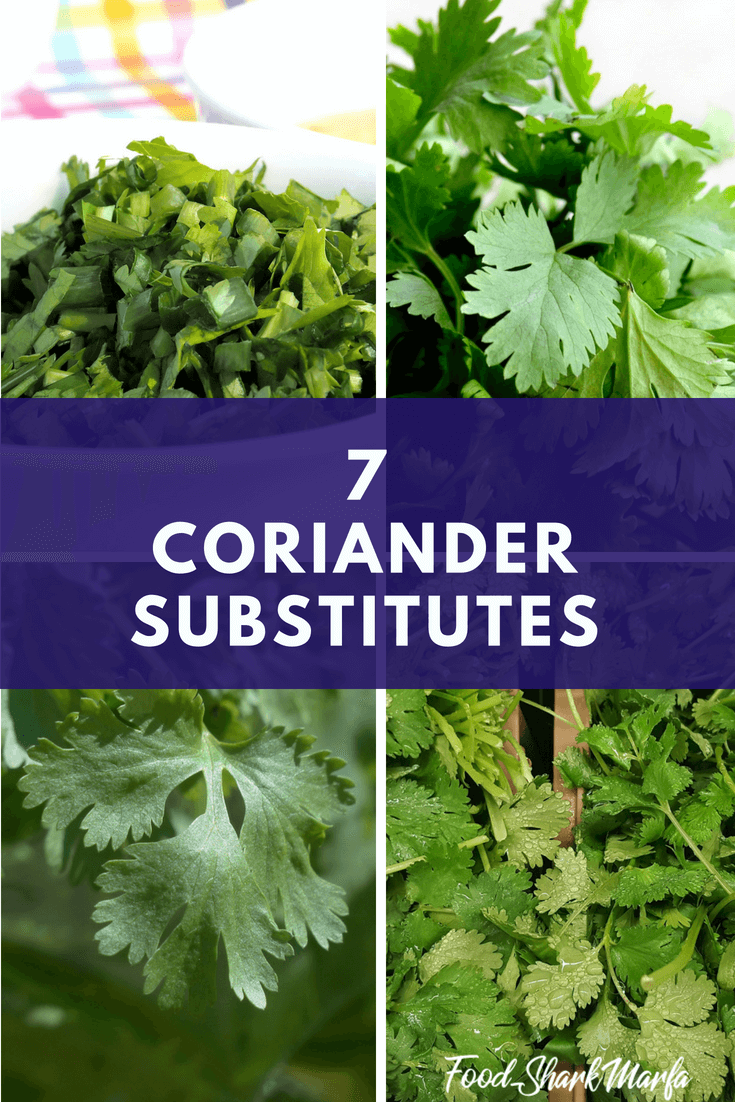 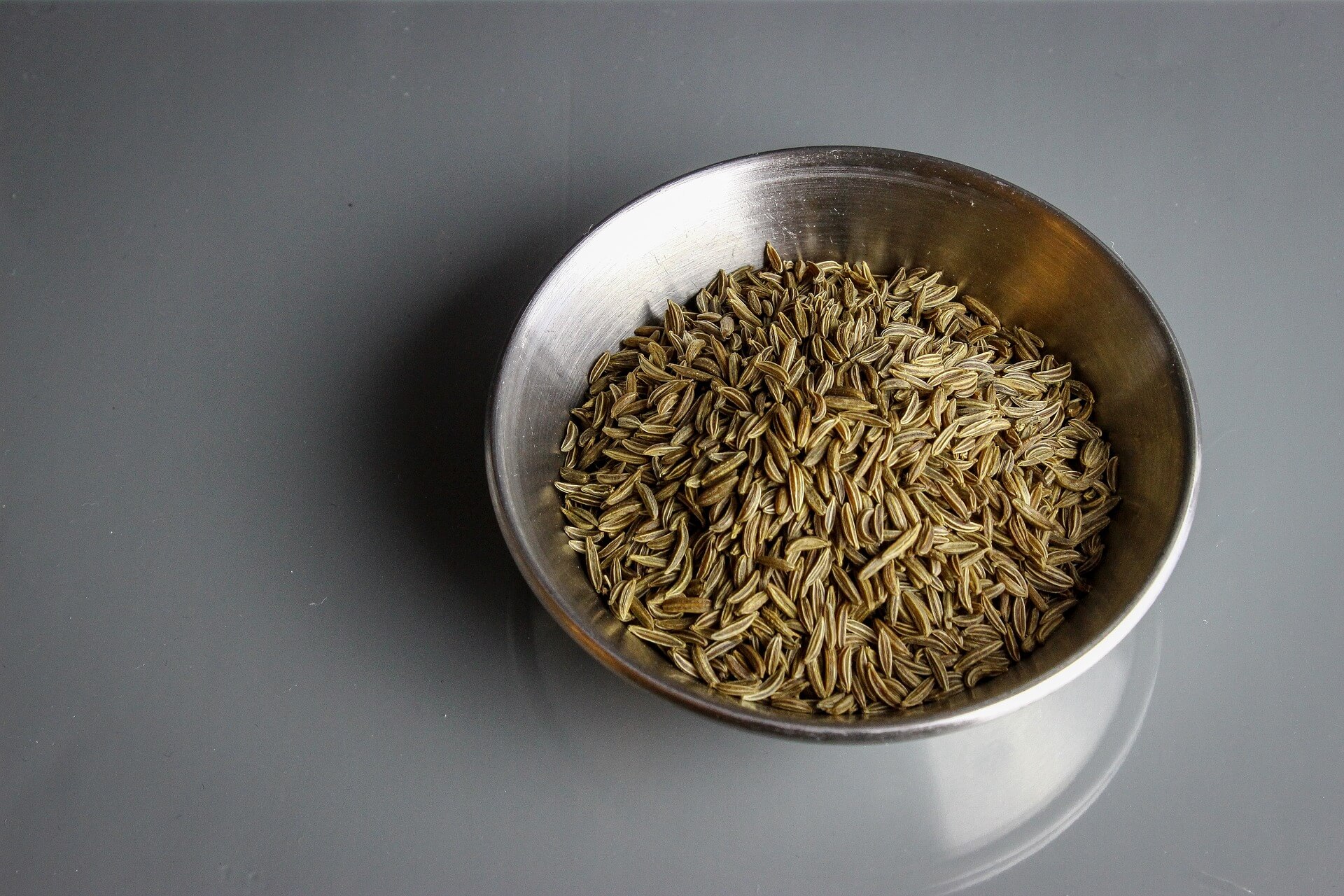 Caraway seeds are also a member of the parsley family and having a similar flavor to coriander, as well as hints of anise, the slightly sweeter caraway seeds will substitute for coriander in most recipes.

Caraway seeds add extra flavor in spice rubs and marinades, especially where grilling or roasting will enhance their flavor. 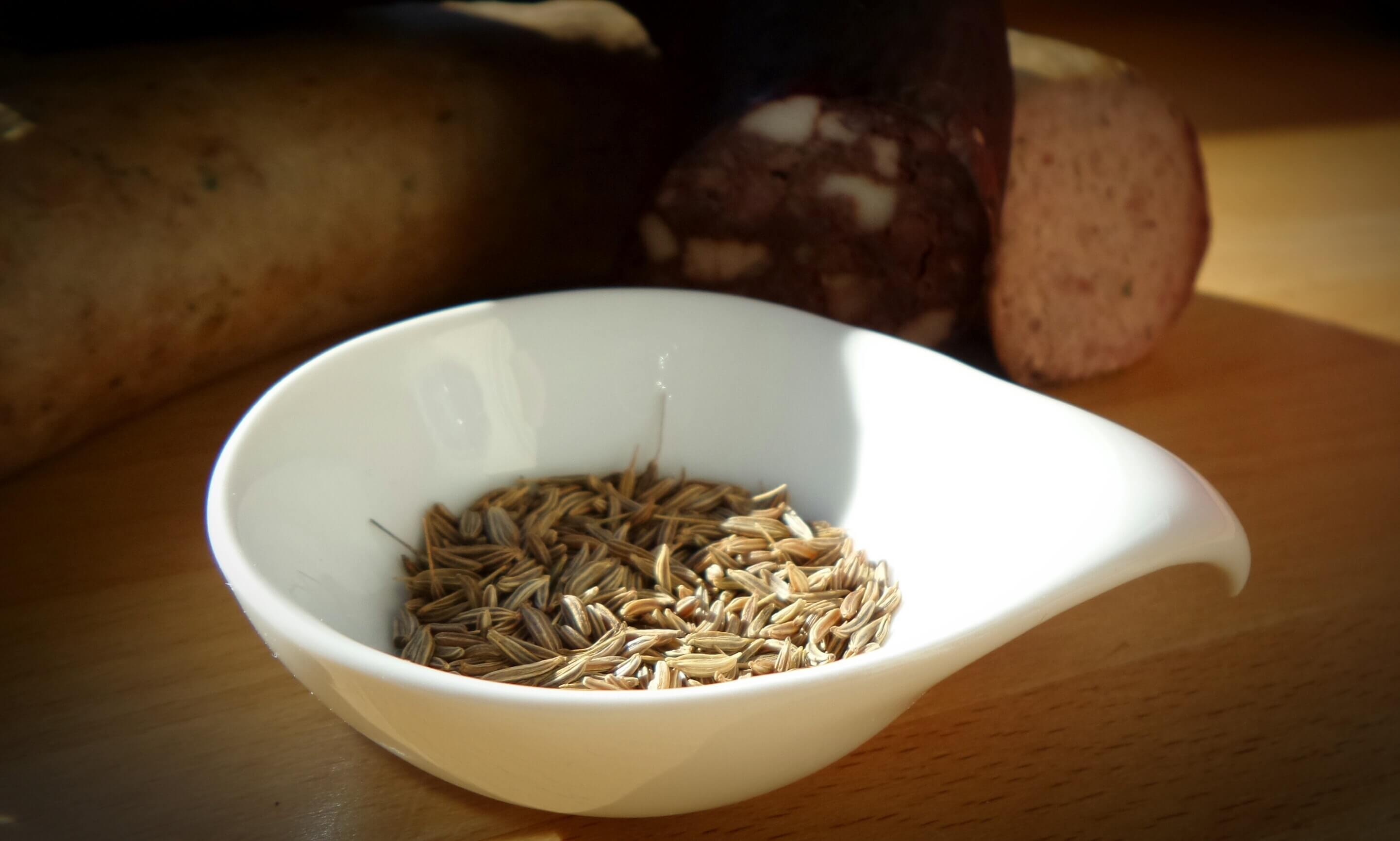 With an earthy flavor like coriander, spicy and nutty cumin is often added to recipes alongside coriander, especially in Middle Eastern, South American and Asian dishes.

Like coriander and caraway seeds, cumin is also a member of the parsley family. Available as seeds or ground, cumin seeds are more common in Indian cuisine, while ground cumin is more popular in Middle Eastern and Mexican recipes. Cumin is also in a range of spice blends such as curry powder and garam masala.

Cumin should be used in smaller quantities than coriander. If a recipe needs a teaspoon of coriander, then use between half and three quarters of a teaspoon of cumin only.

Whole cumin seeds which have been freshly roasted and then ground give more intense flavor than store-bought ground cumin, and if you do decide to use whole seeds in a dish, they should be added early in the cooking to give time for the flavors to develop.

If you are using whole seeds instead of ground cumin, add around 25% extra to the quantity needed. 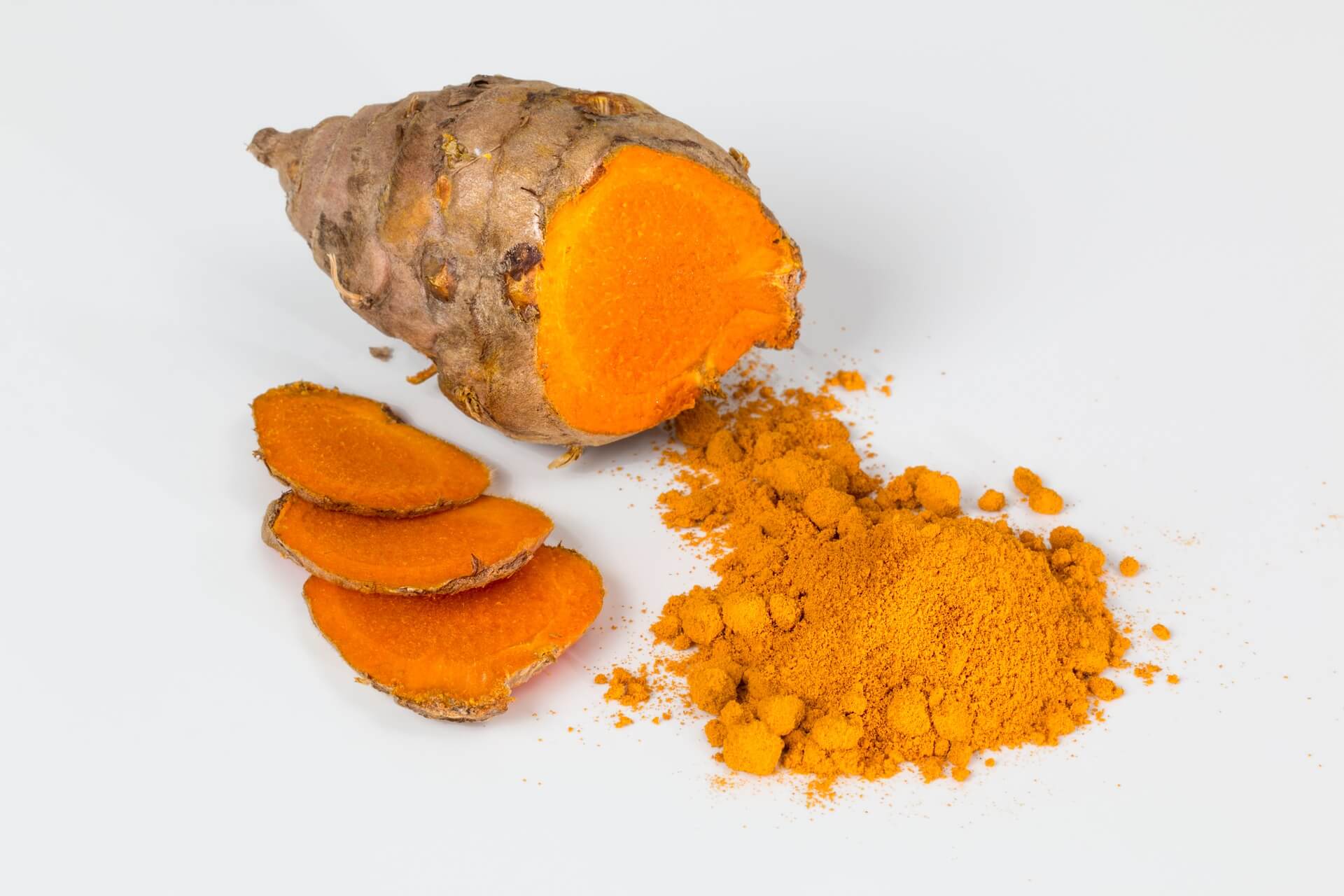 Coriander is a key ingredient in curry powder, so if you are cooking Indian cuisine, you can add curry powder in place of coriander. Only a small quantity of curry powder should be used, and you will probably have to omit or cut down some of the other spices in the recipe as a number of these will be in the curry powder.

It is also worth remembering that the turmeric in curry powder can give a yellow tinge to the dish.

The two main types of parsley used in cooking are flat leaf or curly leaf and both are related to cilantro.

Although parsley does not have the strength of flavor that cilantro does, and it is slightly more bitter, flat leaf or Italian parsley does have some peppery flavor without the ‘soapiness’ that some find with cilantro.

If the parsley is a little bitter, a small amount of sugar or honey will sweeten it and if you add a pinch of basil or oregano alongside the parsley, this will help give more of a cilantro flavor to the dish.

Parsley is also an ideal substitute cilantro for garnishing dishes with and is suitable as a like for like cilantro substitute in some recipes. Depending on the recipe, you can also add a splash of lemon or lime juice to add the hint of citrus which cilantro provides.

Although mint has a very different flavor to cilantro, it will complement the flavors in tomato or fruit-based salsas and other Tex-Mex/Mexican recipes.

If you decide to use mint, only use half the quantity of what you would use of cilantro. A splash of balsamic vinegar alongside mint leaves will help reduce some of the ‘cooler’ flavor of the mint in the dish.

As well as the color being similar to that of cilantro, fresh basil (Ocimum basilicum) can substitute for cilantro in tomato salsa. Fresh basil should always be used for salsas, and you can use the same amount of fresh basil as you would cilantro.

If you are lucky enough to be able to source Thai basil or ‘Sweet Thai’, this basil variety (Ocimum basilicum var. thyrsiflora) is common in south east Asian cuisines and is often used as a cilantro substitute in these cuisines. Thai basil has much more of a spicy flavor than Mediterranean basil and its hints of licorice, clove and citrus offer a more similar flavor to that of cilantro – making it a great substitute for cilantro. If, however, you are not keen on cilantro, then you will probably be safer avoiding Thai basil.

Thai basil will complement most beef, pork or chicken dishes.

The distinctive flavors of coriander and cilantro is what makes them so popular, but if you are one of the many who just cannot enjoy a dish that has had coriander or cilantro added to it, or you have actually just run out of coriander, then it is good to know that you do have a few other choices.

You may need to swap out for caraway seeds for your coriander chicken, cumin for your curry, or flat leaf parsley or mint for your salsa, but at least these and the other substitutes we have included here can replace coriander or cilantro in almost any recipe.
5 / 5 ( 10 votes )