If you have no Cointreau and fancy mixing up a cosmopolitan or margarita, or need to make a duck sauce for dinner, then don’t panic, as there are a range of Cointreau substitutes that you can use.

If you need a substitute, then the best Cointreau substitutes include Grand Marnier, Curaçao, Combier Liqueur d’Orange, Hiram Walker Triple Sec, Luxardo Triplum or even orange extract if you want a non-alcoholic substitute. 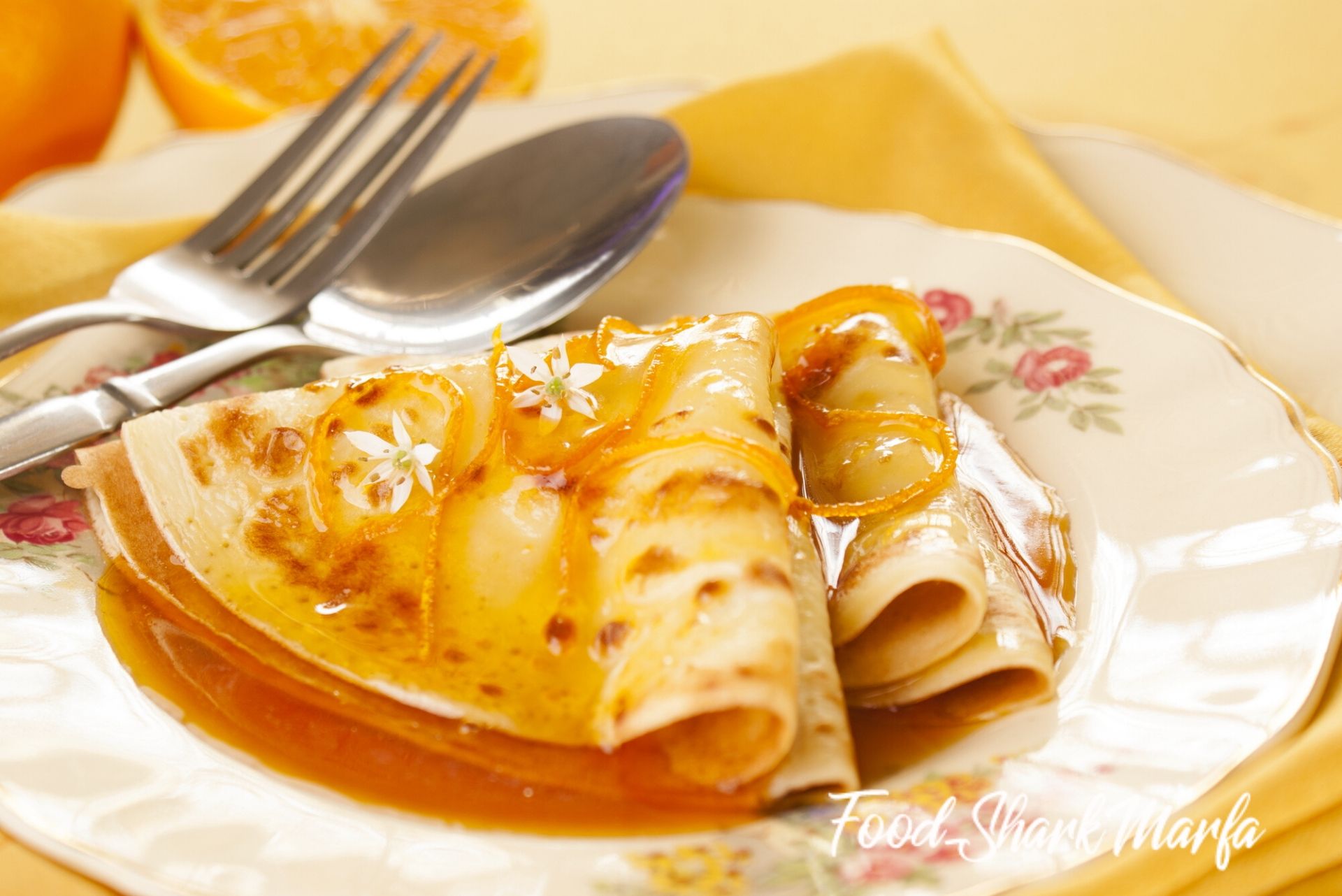 Just What is Cointreau?

Cointreau is a Triple Sec orange liqueur made from unaged sugar beet alcohol which is twice distilled with sweet and bitter orange peels sourced from Spain, Africa and Brazil. This produces a clear liqueur with a high quantity of essential oils and low added sugar, giving an intense and sweet orange flavor which is also ‘clean’ and balanced.

Although there is some dispute as to who released the first Triple Sec, Cointreau was first released back in 1875, named after Edouard Cointreau – the distillery owner. Cointreau is made in the Pays de la Loire region of France – around 3.5 hours south west of Paris.

Cointreau was originally named Cointreau Triple Sec, but as more distilleries began to make their own type of Triple Sec, Cointreau took the decision to remove the Triple Sec branding from its name, leaving it as the standalone Cointreau. 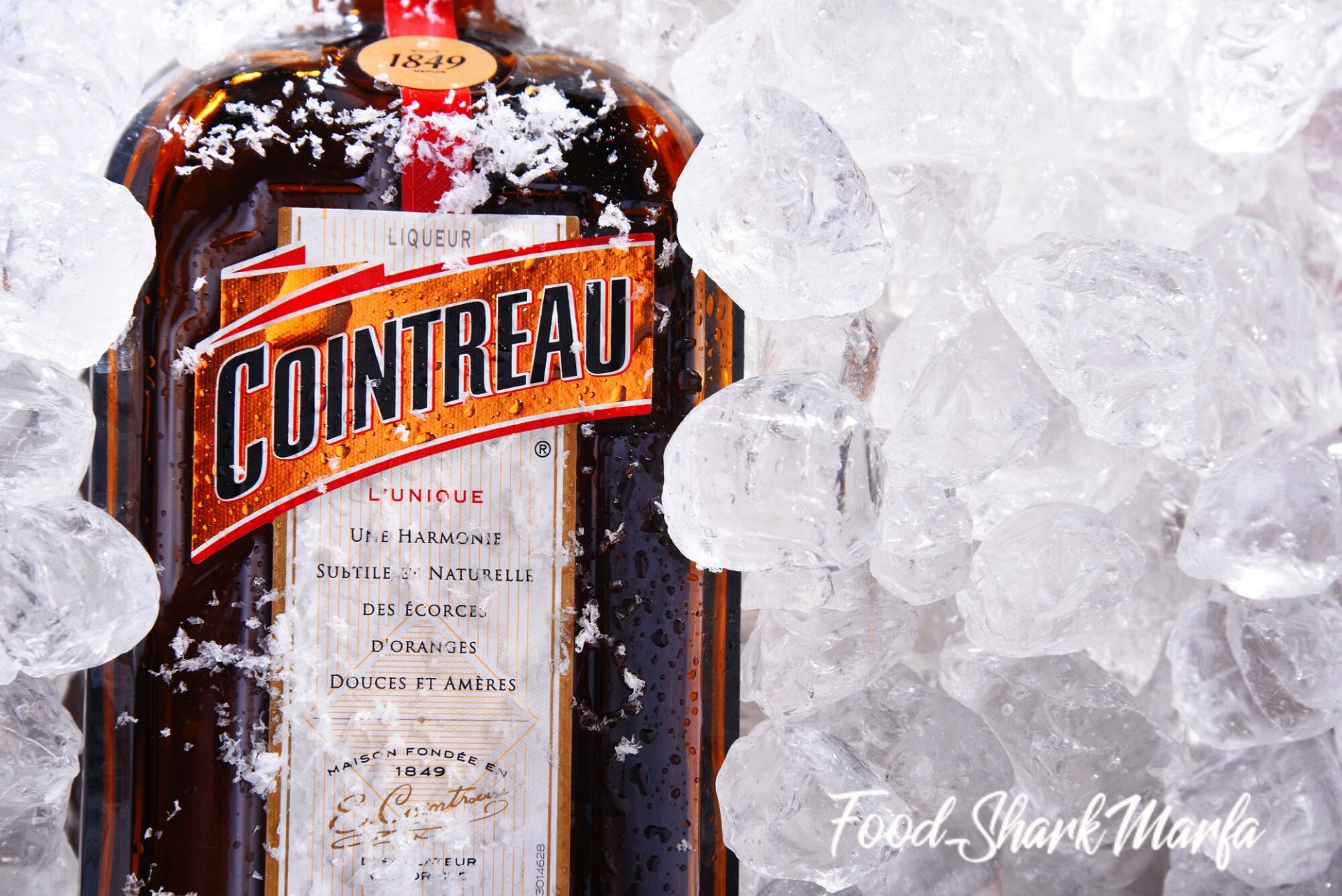 In cocktails, Cointreau works best with lighter spirits such as vodka, tequila, gin or light rum, making it perfect in margaritas, cosmopolitans or Long Island Iced Teas. As well as being used in French recipes such as those for desserts or pancakes, Cointreau can be enjoyed as is before or after a meal.

What is The Difference Between Triple Sec and Curaçao?

Triple Sec refers to an orange liqueur, but it may also refer to a distillation process. When Triple Sec is used in this context, it may mean a drink has been triple distilled, although there is some contention around this, with some suggesting that the use of the word ‘Triple’ was a marketing ploy. It is claimed that Triple Sec was first distilled in France in 1834 at the Combier distillery.

Cointreau is a Triple Sec, along with most other orange liqueurs.

Created on the island of Curaçao by Dutch settlers in the nineteenth century, like Triple Sec, Curaçao is both a type of orange liqueur and a brand name. It is said by some to be the original orange liqueur – distilled before Cointreau was.

Traditionally, Curaçao is a rum-based orange liqueur but some of today’s versions can be made from grain spirits. It can also be on the sweeter side of the orange liqueurs as it is usually made with tropical or sweeter oranges.

The true origins of orange liqueurs, Triple Secs and Curaçao are very murky, with various distillers claiming that their product was the first of the type. It gets more confusing in that Triple Sec as a brand name of orange liqueur was originally known as Curaçao Triple Sec - made from sweet and bitter orange peels. And, although a Triple Sec is usually less sweet and drier than a Curacao, the many different products available today means the line between the two styles is also blurred.

Nowadays, the use of the term Triple Sec tends to mean the generic name of any type of orange liqueur – a sweetened alcoholic beverage which is orange flavored - and can range from lower quality and budget friendly drinks to the high quality liqueurs such as Cointreau that are suitable for drinking on the rocks.

What to Consider When Substituting Cointreau

Before we look in more detail at some of the best Cointreau substitutes, we first need to consider the importance of the alcohol content and flavor when selecting a substitute.

Some modern orange liqueurs can also contain additional ingredients, so unless you want to add some extra flavor to a dish or cocktail, do check that the substitute you want to use does not contain any additional flavors or is spiced.

Grand Marnier uses cognac brandy as its alcohol source along with peels from one variety of bitter orange and sugar. This means Grand Marnier has an orange flavor which is oak-y, aged and intense with some notes of vanilla. As it is made with brandy and ages, it is a Curaçao rather than a Triple Sec liqueur and in fact, Grand Marnier was called Curaçao Marnier when first released.

Like Cointreau, Grand Marnier is made in France, in Bourg-Charente and was first sold in 1880. Its full name is Grand Marnier Cordon Rouge, taking its name from the red ribbon on the front of the bottle. This distinctive decoration along with its taste helped to make Grand Marnier popular across Europe. 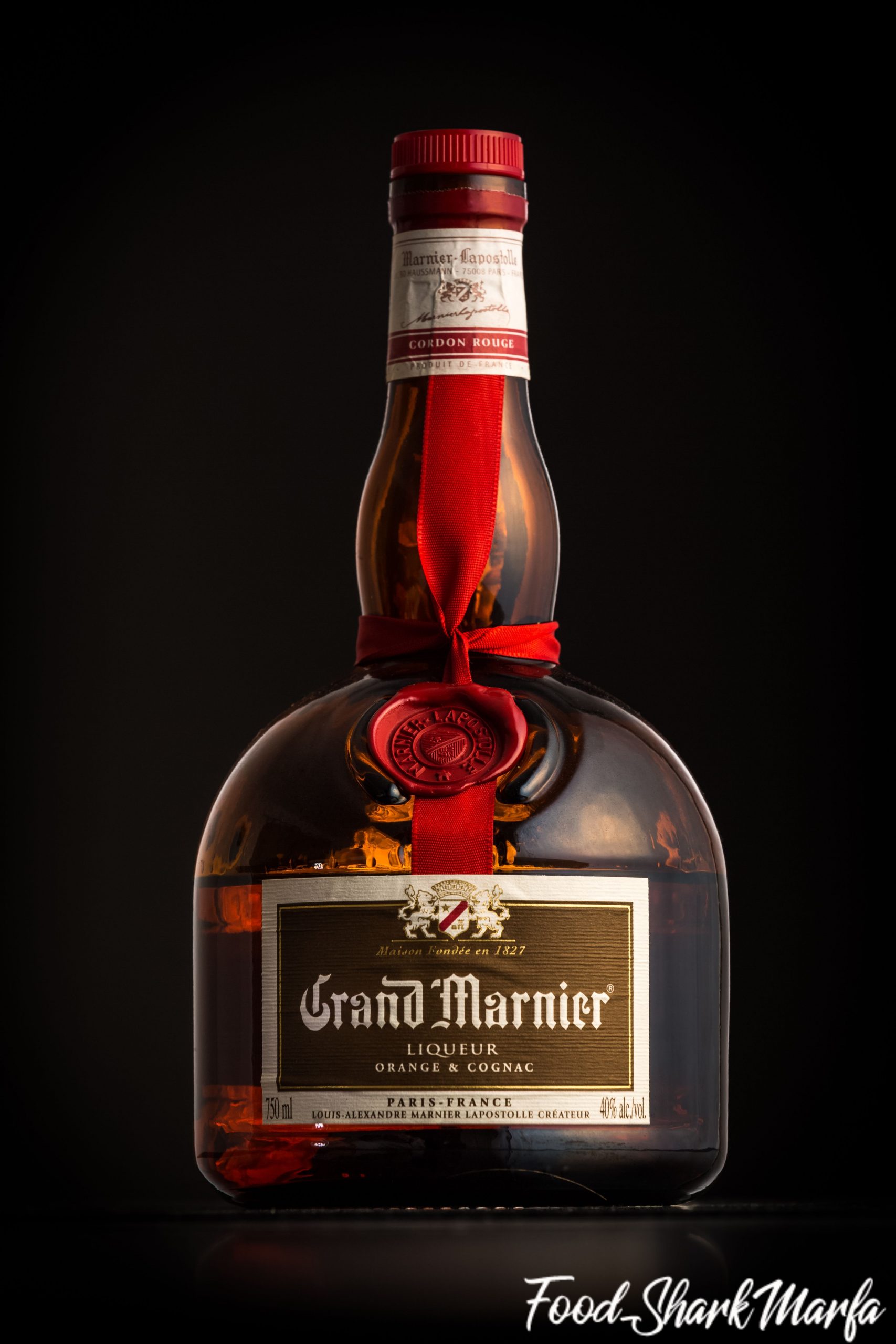 Grand Marnier is used in cocktails such as Grand Mimosas as well as in classic French desserts such as bûche de Noël (Yule log) and Crêpes Suzette.

In cocktails, substituting Grand Marnier for Cointreau may be more noticeable and this substitute is best avoided in lighter cocktails such as cosmopolitans. If you do need to use Grand Marnier in the kitchen in place of Cointreau, depending on what you are using it for, the difference may not be that obvious.

Oranges were originally taken to the island of Curaçao with the Spanish settlers but due to the drier climate, they did not do well – becoming bitter and inedible over time. The oranges were then left to grow wild until it was discovered that the dried peels of these now wild oranges had a fragrant and pleasant aroma. From there, the peels were added to distilled liqueur for extra flavor and aroma, creating Curaçao orange liqueur. 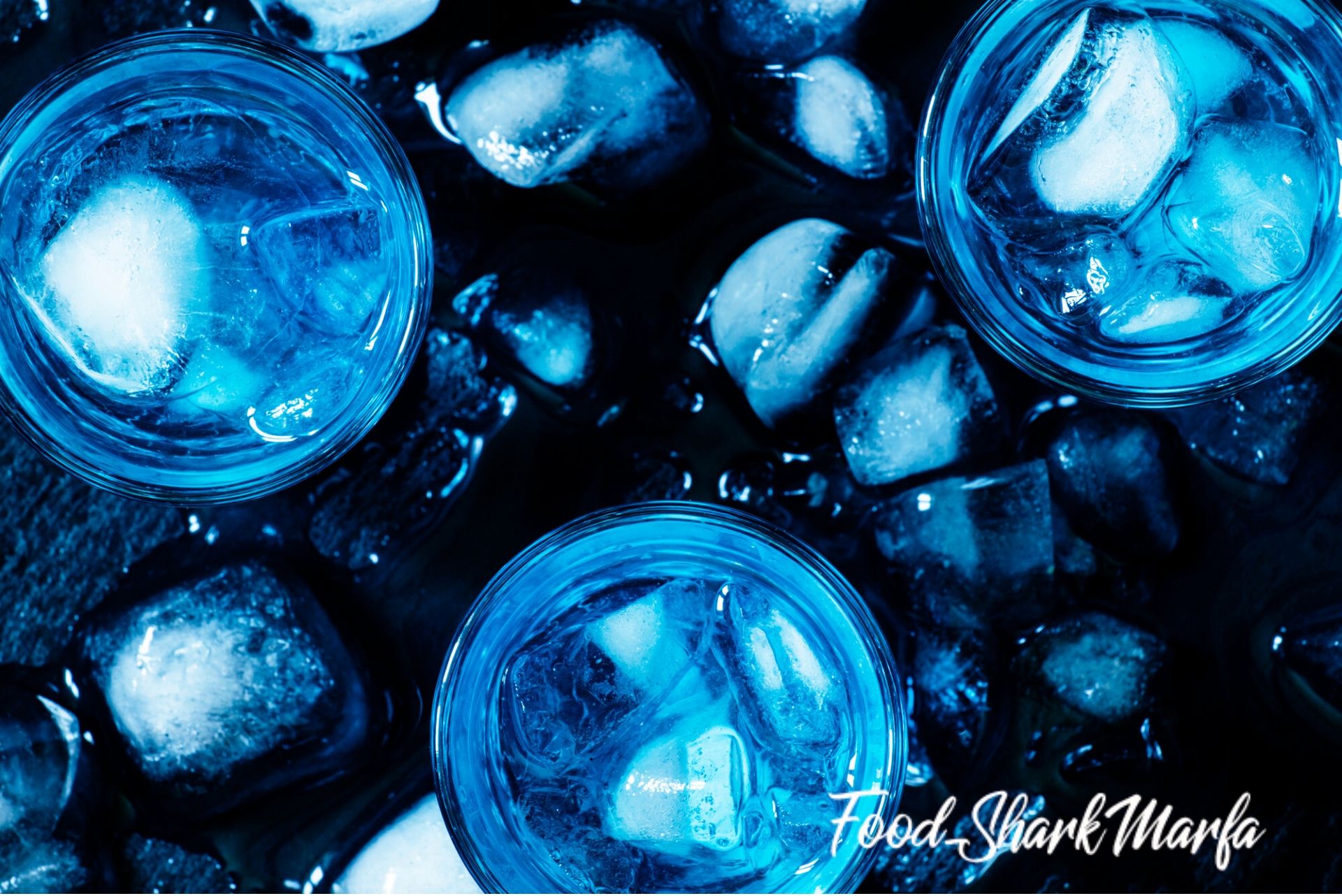 Curaçao such as Bols is often artificially colored, which means it does not always make a suitable substitute because of the color. Along with its pricing, the alcohol content or Curaçao varies, with options available from 15% up to 40% ABV. Traditional Curaçao, such as Curaçao of Curaçao, made by Senior, is still available as a premium Curaçao and was first made in 1896.

A sweeter orange liqueur, this is also lower in alcohol – 30% ABV - than Cointreau but as a budget-friendly Triple Sec, it is an ideal substitute for Cointreau if you want to make pitchers of margaritas. This can also be used in recipes where the lower alcohol content will not cause any issues.

As with any substitute, there is some difference in taste, but if you only need a splash of Cointreau, then you may find it easier to add some of this, especially if you already keep a bottle in your cabinet.

Another French Triple Sec orange liqueur, Combier Liqueur d’Orange is a semi-dry liqueur now available in the US which costs less than Cointreau. Although made with bitter oranges, Combier can be a little sweeter and brighter than Cointreau, but as a clear liqueur with a 40% ABV, it is a good substitute for Cointreau in both cocktails and recipes.

Made in Italy, this Triple Sec is a drier liqueur made with bitter and sweet orange with hints of spice. Often priced competitively, this is can also be used in place of Cointreau or indeed any other Triple Sec in cocktails and recipes.

In the kitchen, orange extract is an ideal non-alcoholic Cointreau substitute, although it is not suitable to use in place of Cointreau where alcohol is necessary for burning off – such as on a dessert.

Using orange extract will rarely be a straight substitute. First try adding half a teaspoon of orange extract in place of two tablespoons of Cointreau and you can then add a little more extract if necessary.

Orange juice can be used in mocktails in place of Cointreau, but as it lacks the depth of flavor, you may need to use an orange juice concentrate instead or add some zest.

Generally, if you have any orange liqueur or Triple Sec in your cabinet, then that is usually the best bet for a substitute, otherwise, if the orange liqueur will be burned off in a dish, consider what type of orange flavor it will leave on the dessert, as this will then help you pick the right substitute.