No longer just a favorite ingredient in Mexican and Tex Mex dishes, chipotle is now a popular ingredient in many other recipes, both savory and sweet.

Perfect for adding smoky heat to marinades and barbeque sauces, chipotle also gives flavor to a range of foods such as stews, soups, pickled vegetables, eggs and can even be added to brownies and other sweet baked goods. 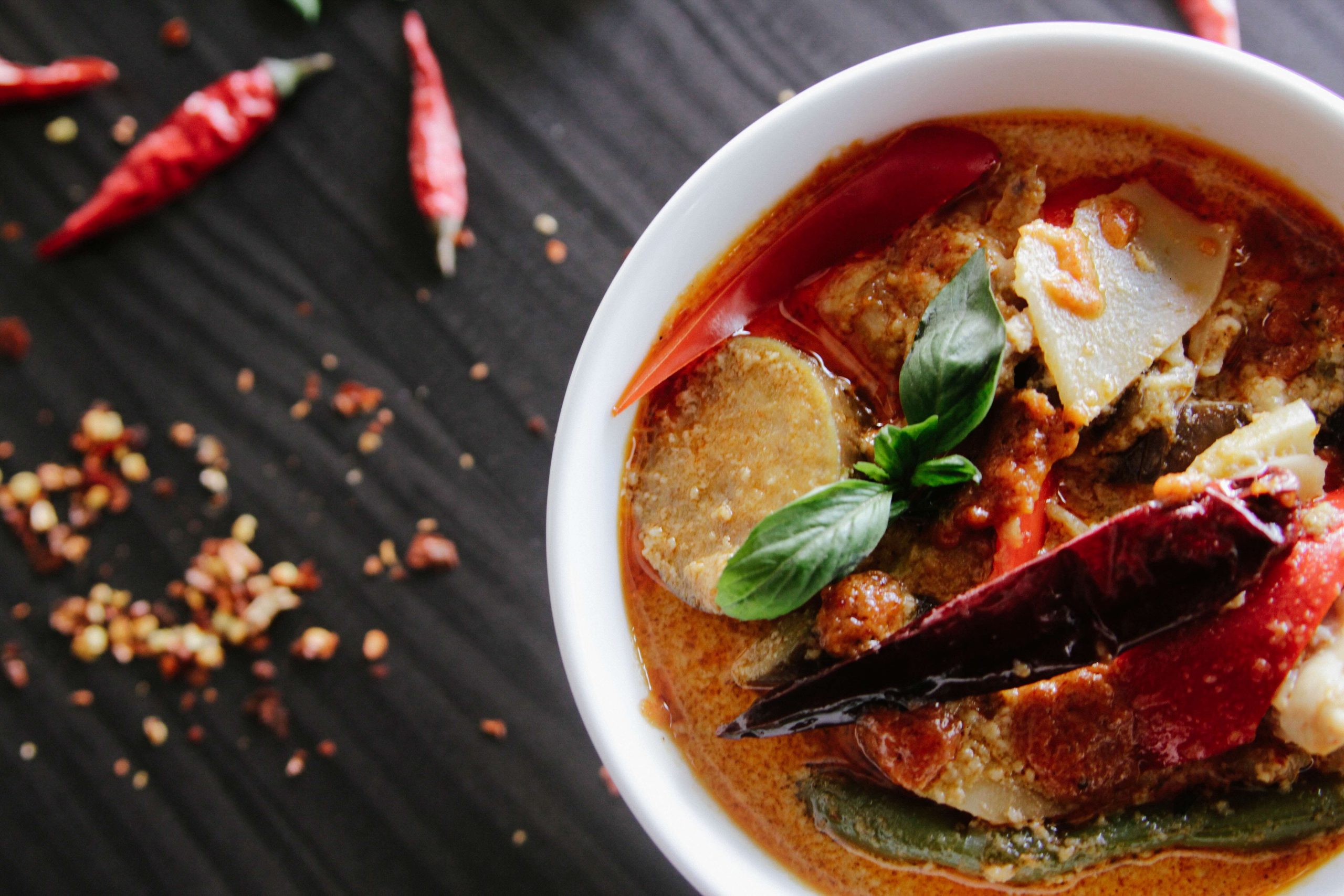 Although chipotle is available in whole pepper form, chipotle powder is usually much easier source and it is able to keep for much longer than chipotle peppers.

In this article we provide an overview of just what chipotle powder is as well considering what role capsaicin – a key component of chipotles and other chili peppers – may have for our health and wellbeing.

All About Chipotle Powder

Chipotle powder is made from smoke dried jalapeno chili peppers – of which there are many varieties. Jalapeno peppers or Capsicum annum are green when growing and can be picked and sold green, but towards the end of the growing season, jalapenos turn bright red.

Once they are this color, they can be picked for sale as ripe jalapenos, or left on the bush to dry out and darken further in color. Once darkened, these jalapenos are picked for making into chipotle peppers. It takes around ten pounds of jalapenos to make a pound of chipotle peppers and around a fifth of the annual Mexican jalapeno pepper crop is smoke dried for chipotles.

Once picked, the jalapeno peppers are then smoked for around a week, usually in an open smoker with pecan wood, or they may be smoked through more modern smoking processes, including those using artificial smoke flavoring. Once the peppers are dried to a moisture level of around 6%, they are dark colored and look like prunes. 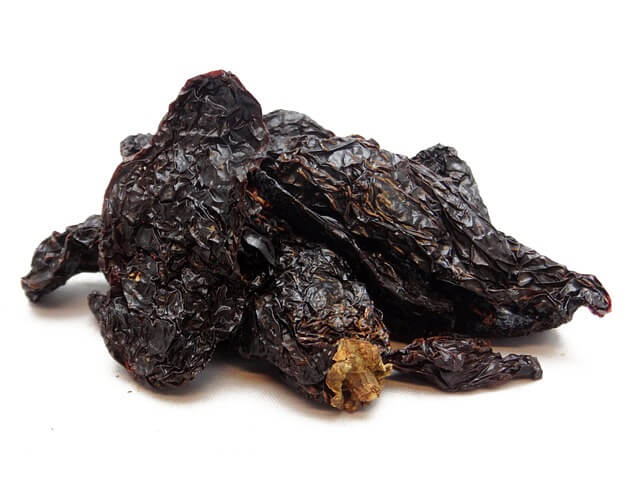 At this point they are now chipotle peppers with a distinctive smoky and earthy flavor – the combination of the jalapeno heat combined with smokiness.

The heat from chipotle is as a ripe jalapeno (between 2,500 to 8,000 on the Scoville Scale), or a similar level to the heat from Tabasco sauce. This makes chipotle a ‘medium’ heat level. The Scoville Scale is a tool which measures how much capsaicin a chili pepper contains, or, how hot the pepper is.

Chipotle was only introduced to US cuisines around 25 years or so, when a Chipotle Restaurant opened in 1993 but chipotles have been around for much longer than this. It is thought that smoke drying jalapenos as a way to preserve them dates back further than the Aztecs and in fact the word chipotle derives from the Nahuatl word chilpoctli, meaning smoked chili pepper.

It is probable that Christopher Columbus discovered chipotles in the 1500s and because they were dried, they were able to be shipped to Spain, where their use later spread across Europe and into India. 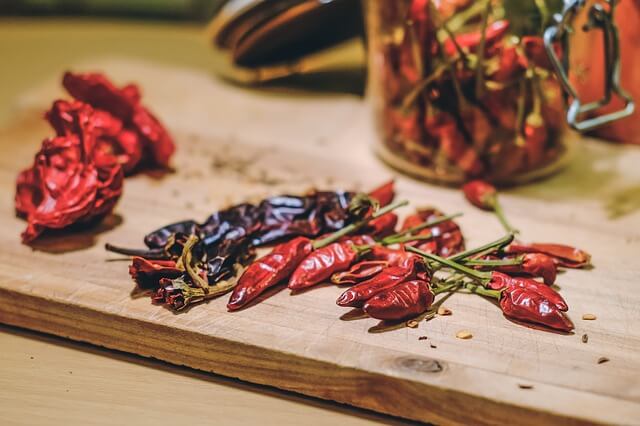 There are two types of chipotle available, morita and meco. Morita chipotle usually comes from Chihuahua State and these chipotles are the most common type available in the US. Morita are smoked less than the meco chipotles which are gray-tan in color with a dusty looking finish. Meco chipotles are predominantly consumed in Mexico, although you may be lucky enough to find them in a specialty store or market.

Other types of chipotle include grande, which are Huachinago chilis and tamarind. There are also chipotle capones which are de-seeded red jalapenos and jalapeno chico which are smoked green jalapenos. These have a much milder flavor than the traditional chipotle chilis.

Like all hot peppers, chipotles contain capsaicin. Capsaicin is linked with a number of benefits including helping relieve symptoms of the common cold. A review of research carried out in 2016 showed that capsaicin could relieve cold symptoms such as stuffiness, running nose, congestion and sneezing.

A later study also showed that a capsaicin nasal spray was able to provide relief from cold symptoms that were not caused by allergies. In some cases, relief from symptoms appeared within ten minutes of taking the nasal spray.

Capsaicin is known as a pain reliever as it appears to reduce the amount of a particular chemical (substance P) that carries pain messages to our brains. Topical creams that contain purified capsaicin may help relieve some of the symptoms of osteoarthritis and other conditions such as nerve pain or fibromyalgia, although some users can experience an uncomfortable burning sensation when the cream is applied.

It is also possible that capsaicin can boost metabolism. Because it is able to slightly increase the amount of heat the body produces – thermogenesis – this causes the metabolism to increase. Some participants in a study who consumes capsaicin and a triglyceride oil in their breakfast burned up 51% more calories during the meal compared to the participants who did not eat either.

However, for those of us who regularly consume cayenne or other hot peppers, our body will actually adapt to the effects of the capsaicin which means over time, any positive effect on metabolism will decline.

Alongside metabolism boosting, capsaicin may also help reduce hunger pangs. Although it is uncertain exactly how capsaicin reduces hunger, it is possible that it reduces the amount of ghrelin produced in the body. Also called the ‘hunger hormone’, ghrelin stimulates our appetite, increases our intake of food and promotes storage of fat in the body.

Capsaicin may also work as an antimicrobial. It may help to protect against stomach infections as well as protect the body from Streptococcus bacteria, which can cause soft tissue and skin infections such as impetigo.

Capsaicin also appears to be able to relieve the itching causes by psoriasis. Although this auto-immune disorder cannot be cured, research has shown that creams containing capsaicin relieve itching and can improve the overall appearance of patches of psoriasis when tested alongside a placebo cream. The role of capsaicin in psoriasis may be similar to that of its role in pain relief as it appears that substance P is also involved in psoriasis.

Although research to date in this area has been carried out in the laboratory, it may be that capsaicin could help to slow down cancer cell growth or even kill cancer cells depending on the type of cancer. The cancers that have been most investigated to date with capsaicin are skin, prostate and pancreatic cancers.

In other laboratory studies, capsaicin has also been shown to help reduce blood pressure, but as these investigations have only been carried out in animals to date, more research is needed before any human studies will be able to take place.

It is more than likely you will have most of these substitutes in your kitchen cabinet, while one or two may be a little more unusual. 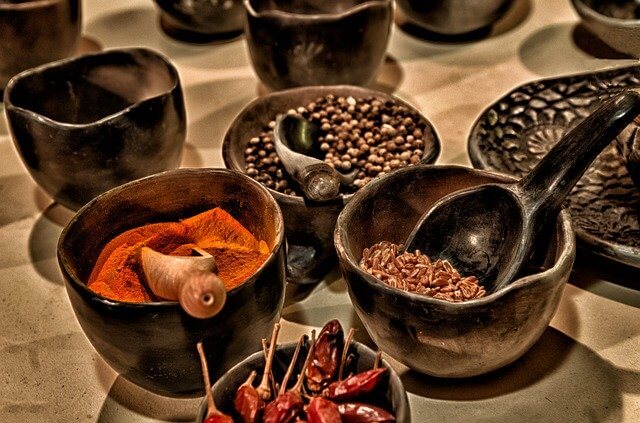 Because smoked paprika is usually made from pimento peppers this gives it a milder flavor than chipotle. If you can find Spanish smoked paprika, or Pimenton de la Vera, this is a hotter smoked paprika which in some cases may be as hot as ground cayenne pepper.

You can also mix smoked paprika with a dark chili powder or cayenne powder to provide more heat. 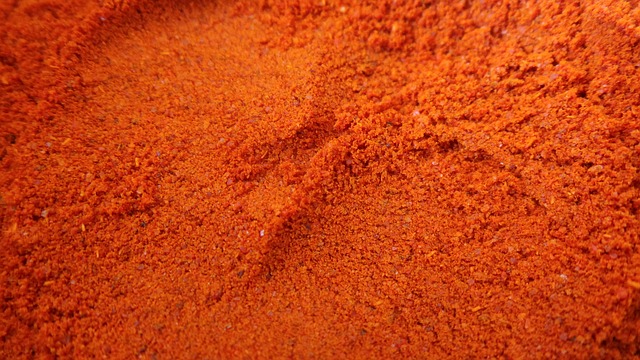 Cayenne pepper should be used in very small amounts and always stored somewhere dark as it deteriorates quickly - especially in sunlight. Ground cayenne pepper is ideal for adding heat to seafoods, eggs, curries, poultry and meats as well as in baked goods such as cheese biscuits.

Made with anchos, which are dried Poblano peppers, ancho chili powder will bring heat and smoky flavor to a dish. Ancho chilis also have a fruity undertone to them. Because Poblano peppers are milder than jalapenos, you may want to start with the same amount of ancho chili powder as you would of chipotle powder and then increase the amount. As with other substitutes, you could also add a little ground cayenne pepper to increase the heat punch.

Containing chipotle peppers in a marinade mixture, adobo was a cooking method that the Spanish colonists named after the Filipino adobo dishes because the two styles of cooking were so similar. Eventually, this evolved into the adobo sauce available in most grocery stores.

If you have a can of adobo sauce to hand, then this can work as an alternative in some dishes, depending on the recipe. Because adobo sauce contains vinegar and spices it can alter the flavor profile of the dish. Adobo sauce will probably work best as a chipotle powder substitute for poultry, beef and pork dishes.

If you do not have any chipotle powder, or whole chipotle peppers available, then the easiest and most common substitutes are smoked paprika, cayenne powder or a mix of these two to provide both the heat and the smoky flavor that chipotle powder brings to a dish. 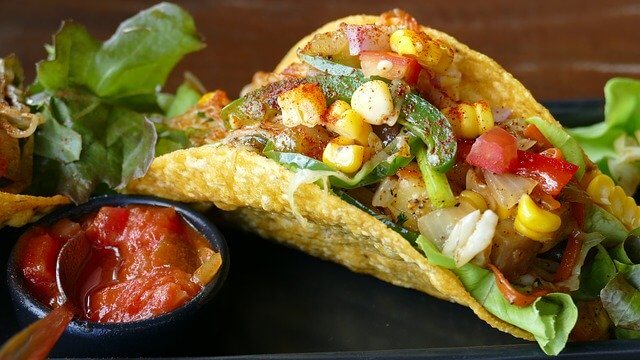